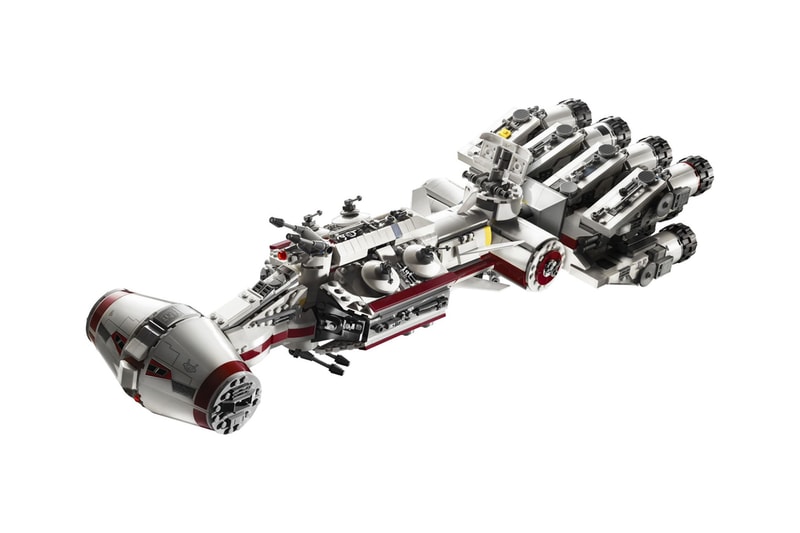 Celebrating the 20th anniversary of its partnership with Star Wars, LEGO has just unveiled at the Star Wars Celebration its latest starship set: the Rebel blockade runner Tantive IV.

The 1,768 piece set is a faithful recreation of the iconic starship seen fleeing from an Imperial Star Destroyer in the opening of Star Wars: A New Hope, including all its signature details: an elongated hull, detachable escape pods, elevating gun turrets, cargo hold, and 11 robust engines. The hull plating can be removed to reveal a detailed two-minifigure cockpit, a conference area with a table, weapon racks and a control console with two seats. The radar dish doubles as a carry handle, so you can easily carry the legendary starship around.

The LEGO Star Wars Tantive IV Set will be available May 3 for LEGO VIPs, and May 4 for everyone else, at LEGO retail stores and the LEGO online store for $200 USD.
In other news, Marvel Studios links with LEGO for five new Avengers: Endgame sets.