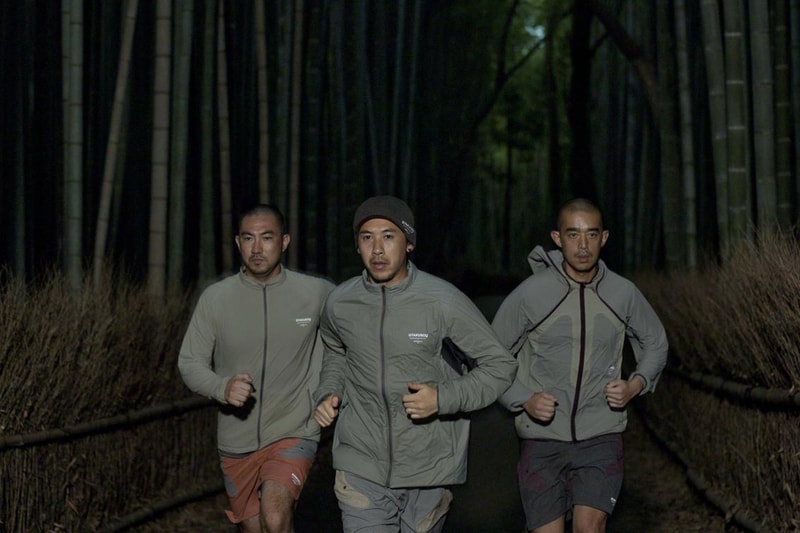 Courtesy of @spicychickenwings, images show that the sneakers come in a sleek build, equipped with what appears to be a lacing system that incorporates stretchy ropes. Constructed with a relatively low cut collar, the runners include jagged eyelet panels and a thin angular tongue. The uppers are made up of breathable mesh fabrics with a graphic motif of a rose tucked under a white Swoosh. The front of the toe cap is covered with water-resistant textiles with "GYAKUSOU" branding stamped over it. Black mudguards, reinforced heel support, an articulated midsole and beige gum treading round up the designs of the unreleased silhouette.

Though no official release dates have been revealed, stay tuned for more information on the upcoming silhouette.

In other related news, Nike reworks the Jordan Why Not Zer0.2 in "Red Orbit/Black."