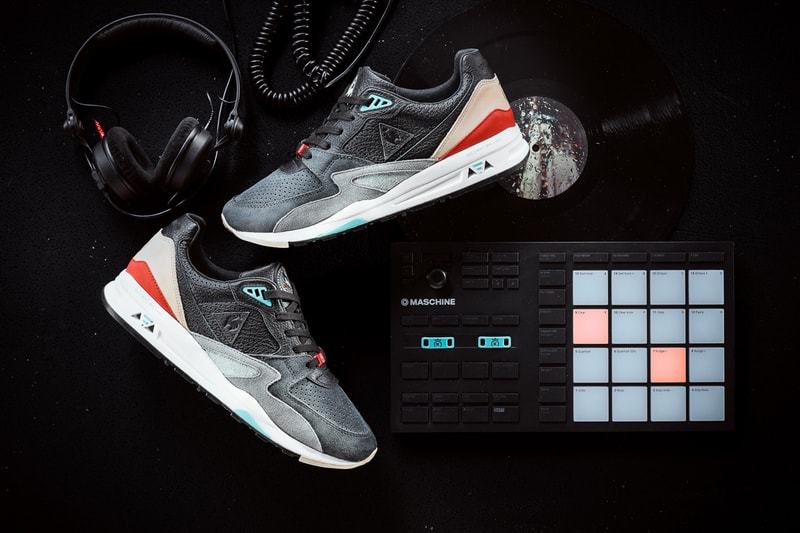 A major collaboration is dropping soon courtesy of Afew, 24 Kilates, DJ Rafik and Le Coq Sportif, seeing the release of a limited edition Made in France R800.

The collaborative pair is dubbed the R800 "Crane Network" in reference to a party held by DJ Rafik and the 24 Kilates Crew which took place in Barcelona in 2017. There are numerous nods to each collaborator’s input, such as all of the four’s monikers and logos grace the heels, as well as graphic insoles that reference the collaborator’s respective homeplaces — Düsseldorf, Barcelona, Bangkok, and Paris.

Le Coq Sportif and co. split the shoe into various hues of black, grey and tan using premium materials such as leather and suede. Touches of red are seen on the heel and teal is featured throughout, spotted on the outsole, eyelets and graphic insole. Rounding off the sneaker’s design is a number of high-quality finishing touches such as an embroidered tongue featuring a crane bird, network globe and the collaborators’ names, as well as branded lace locks and the acronyms "DUS | BCN | BKK | PRS" printed on the midsole.

The collaboration also sees the launch of a limited-edition T-shirt and pinqponq backpack, which heavily reference DJ Rafik’s music career and the aforementioned party of 2017. Take a look at the entire AFEW x 24 Kilates x DJ Rafik x Le Coq Sportif R800 "Crane Network" drop in the gallery above and sign up to the raffle on the Afew website. The sneakers are priced at €184.95 (approx. $210 USD).

In other news, Chinatown Market and PUMA have unveiled their upcoming footwear collaboration.