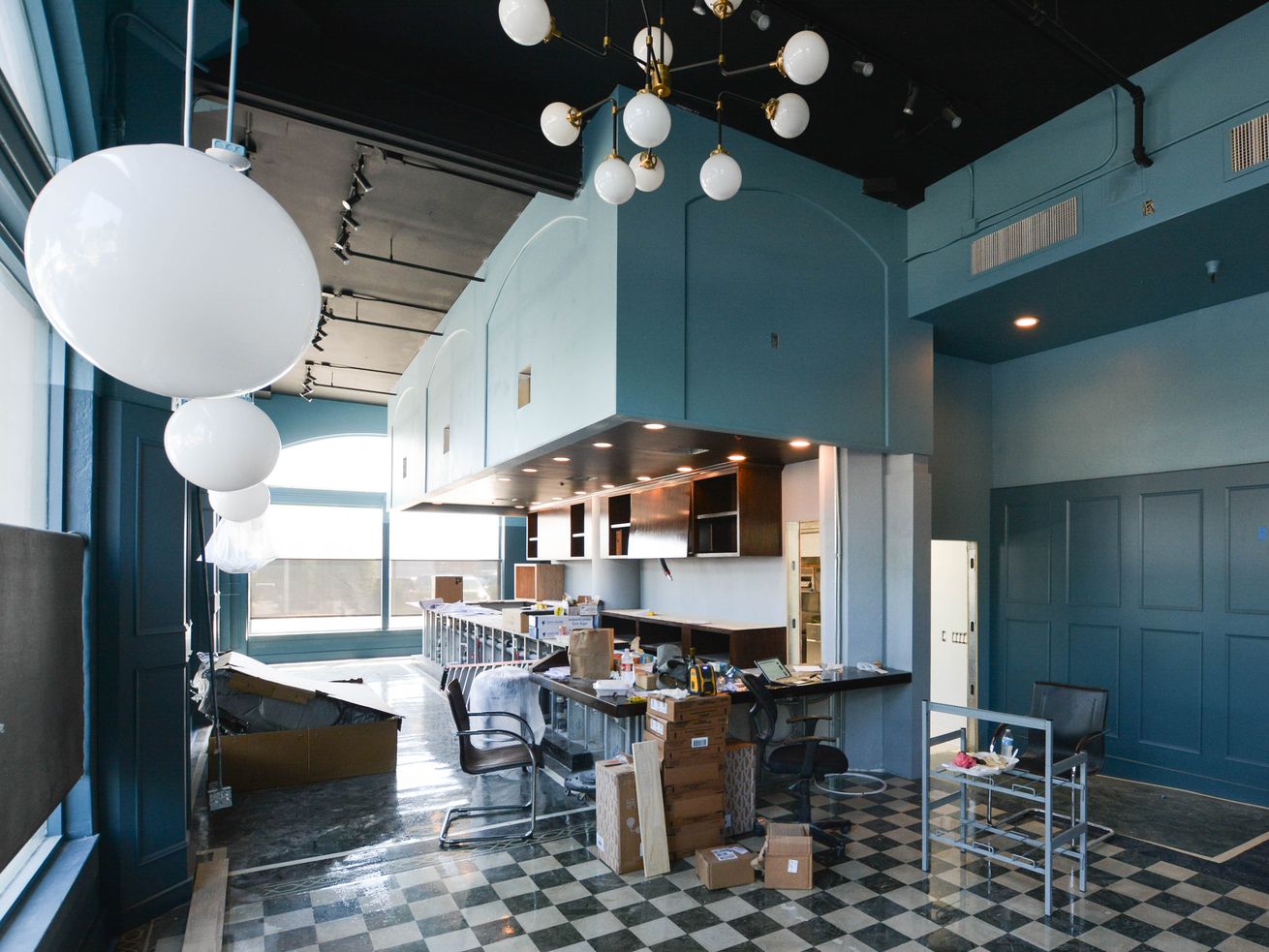 The Greyhound is coming soon. Very soon, in fact. The upcoming Glendale sports bar, an offshoot of the Highland Park original, is spending the next two or three weeks finishing the bar, installing booths, and hanging TVs, all in anticipation of an opening by mid-September. The space itself is about 80% of the size of the original, and comes complete with a full kitchen for late night bites and those famous wings, while the bar will focus on inexpensive spirits, craft beer, and plenty of wine. Sounds like the only thing that’s left is another deep Dodgers playoff run.

TimeOut Los Angeles has all the details on Thunderbolt, thee long-gestating Southern-inspired bar coming to Historic Filipinotown, right next door to the Park’s Finest. The cocktail spot looks just about finished, and should open within the next two weeks.

Firehouse chef Ashley Abodeely is popping up with burgers this Sunday at Broken Shaker in Downtown. The afternoon party kicks off on the rooftop starting at noon.

This Sunday (9/1) Labor Day weekend @firehousehotel is closed BUT you can come snag a fresh off the grill Firehouse burger @brokenshaker from 12pm-5pm!!! . Don’t forget about grabbing a few delicious drinks from their amazing team behind the bar! @dramawise @sssaarruuhh @mel_nuevo_sol #freshisbest #workhardplayhard

Swingers in Santa Monica is closing on Saturday, reports the Santa Monica Daily Press. Ownership called the decision “tough and emotional,” citing rising overhead costs as a primary reason for the shutter. The company’s other location on Beverly Boulevard will remain open.

Curbed LA has all the details on the Music Center’s new plaza makeover, which costs north of $40 million. The property now includes not only a Go Get Em Tiger and restaurant with rotating culinary talent, it also offers tons of open space, a wine bar, and more.

The West Adams Block Party returns on Sunday at Delicious Pizza. There will be live music and more than a dozen vendors, including a Wu-Tang Clan ice C.R.E.A.M. truck.

It’s brunch time at Cafe Demitasse in Little Tokyo. The staple neighborhood spot has brought on Derrick de Jesus, formerly of Ma’am Sir, to help oversee a menu that now includes a breakfast burrito, rice bowl, and more. The full menu is below.