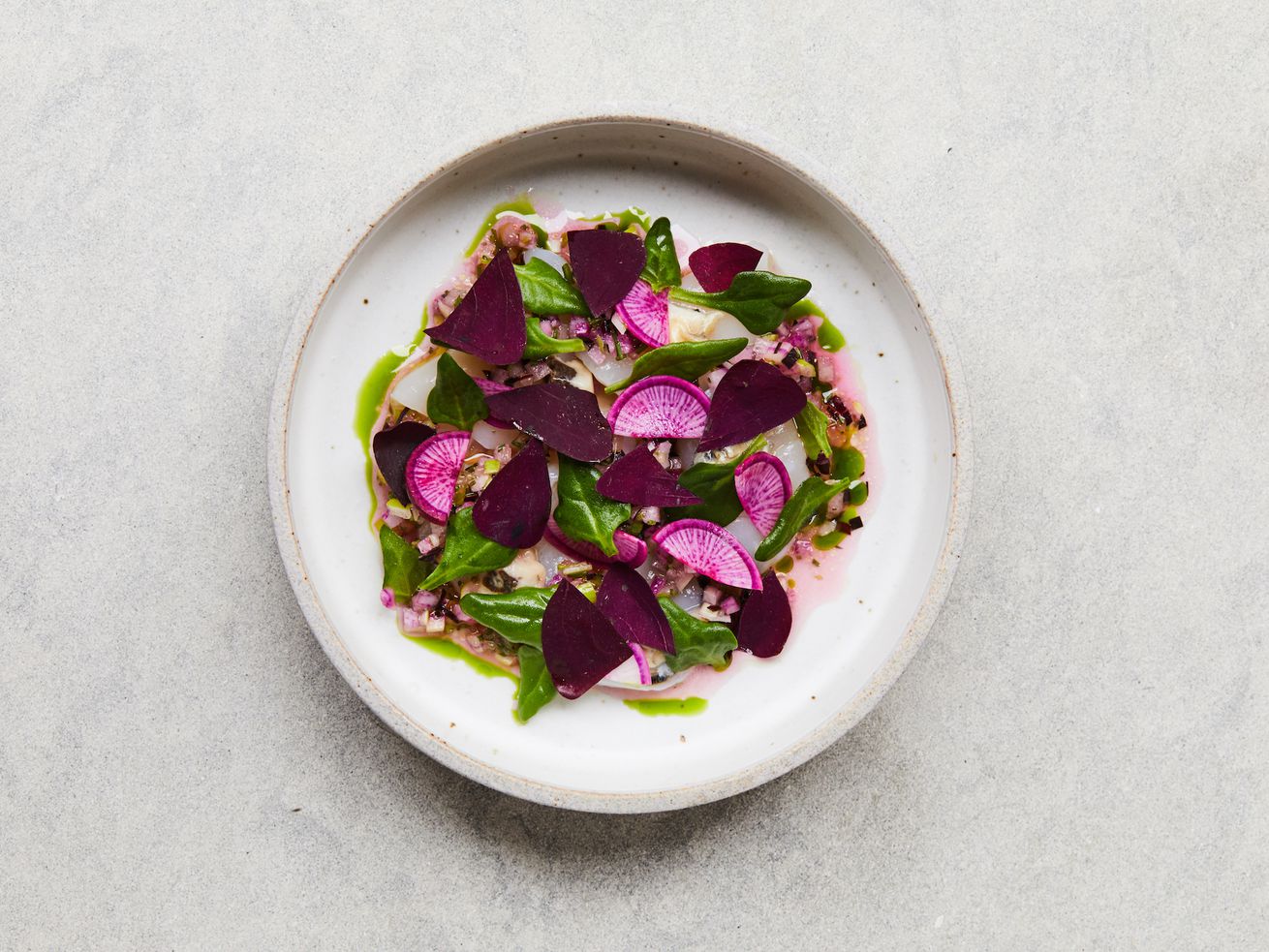 Los Angeles’s next fine-ish dining restaurant is ready for its big reveal, and just in time for the return of the Michelin Guide. Chef Eric Bost’s upcoming Auburn on Melrose will open for dinner business on Friday night.

Auburn has been a long time coming for Bost, who previously spent time as the executive chef at Republique and, before that was cooking at prestigious restaurants like Guy Savoy. The space also has a pedigree all its own, as it was previously LA stalwart restaurants Hatfield’s, Meson G, Red Pearl Kitchen, and Michel Richard’s Citrus. Now the place has been completely overhauled with lots of sunlight, some indoor plants, and plenty of neutral-toned walls and wood. Bost calls the Klein Agency-designed look “simple, but well curated,” not unlike their other LA project Highly Likely. The main feature though, just like the upcoming Chad Colby restaurant Antico, is sure to be the open kitchen and wide hearth.

Bost has previously hinted at the unique menu available inside, a mix of tasting menu features and a la carte eating. The primary dining room focus will be on four-,six-, or nine-course menus with optional drink pairings; prices for those tasting menus start at $75 and climb from there. Diners will still be able to choose their own dishes from within that format, but will have their meal coursed appropriately, whereas at the bar (and for future lunch hours) a la carte dining will be available instead. “We’re not trying to be the most fine dining restaurant,” says Bost by phone, “We’re denormalizing things and doing away with some of the rules of fine dining to keep it convivial.”

The action starts at Auburn this Friday evening, with reservations available now. Hours to start will run 5:30 p.m. to 10:30 p.m., Tuesday through Saturday.