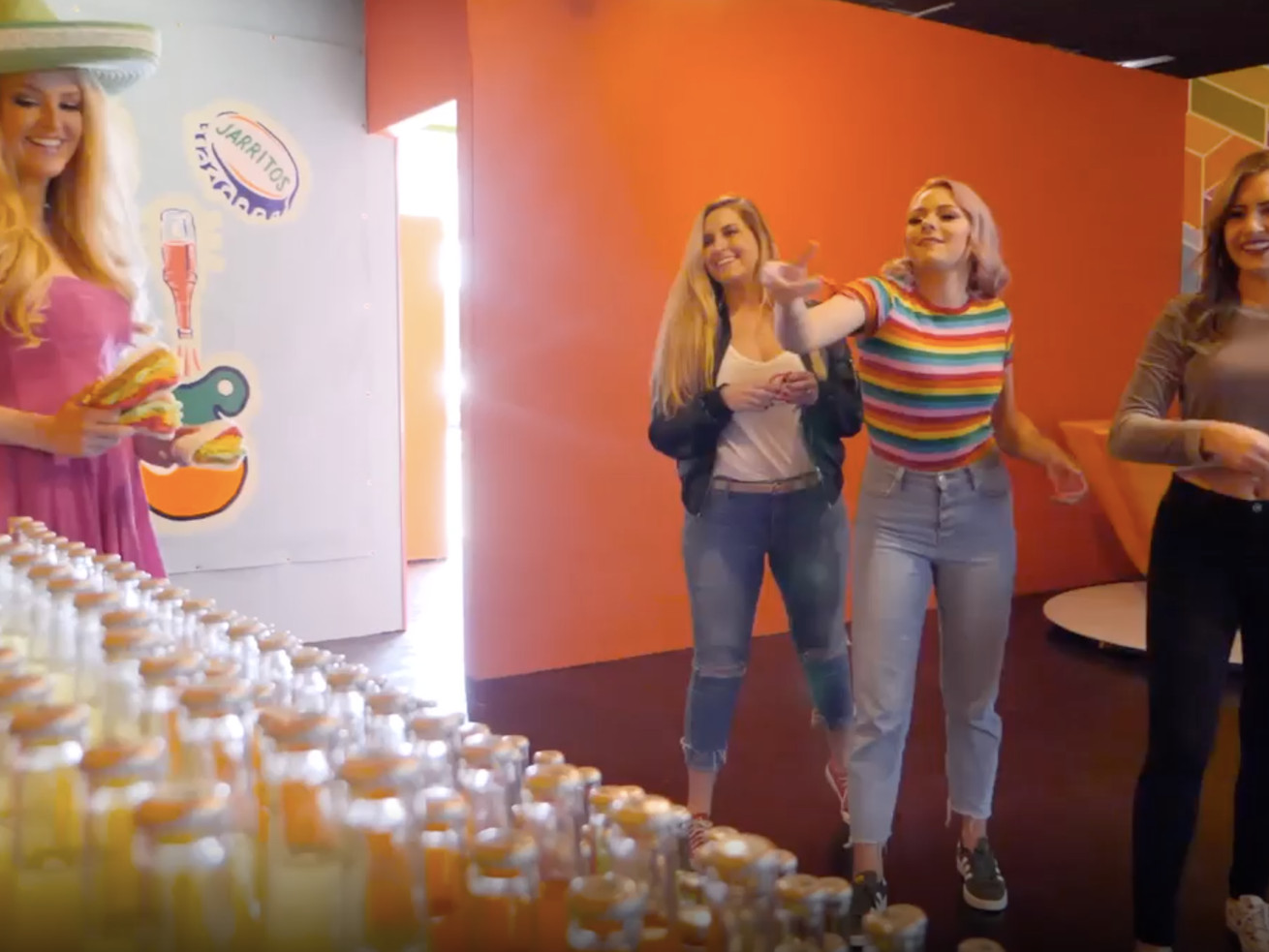 Is it an adult playground or hellscape? You decide.

Sunny, Instagrammable Los Angeles certainly has no shortage of faux food museums and interactive experiences meant to capture every little extra moment for social media. From the closed Museum of Ice Cream to the not entirely PC Disgusting Food Museum, the city has seen it all. And now comes Tacotopia, opening soon in Santa Monica.

This heavily branded corporate event is being put on by Cholula hot sauce starting at the end of the month, landing in an empty storefront space right on the Third Street Promenade in Santa Monica. Similar events are happening in New York City and Chicago, and Tacotopia has also already made its run through Austin, Texas.

The West Coast version promises a ton of questionable options to photograph, from a human-sized faux bowl of guacamole (under a Guac is Extra, and So Am I sign, naturally) to a taco teeter-totter. There’s a lime wedge swing beneath a sign reading Señorita Needs a Margarita, and a lucha libre ring inside as well. Each “installation”sports a highly visible gigantic Cholula bottle along the way, which is no surprise. The Cholula company is wholly owned by the Jose Cuervo family, and produces its hot sauce in the Mexican state of Jalisco.

So what’s the cost to get all those social media likes? A cool $30 per person, with reservations required ahead of time. Don’t worry, though — each ticket comes with one Jarritos drink and a single taco from Santa Monica shop Azulé Taqueria as well.