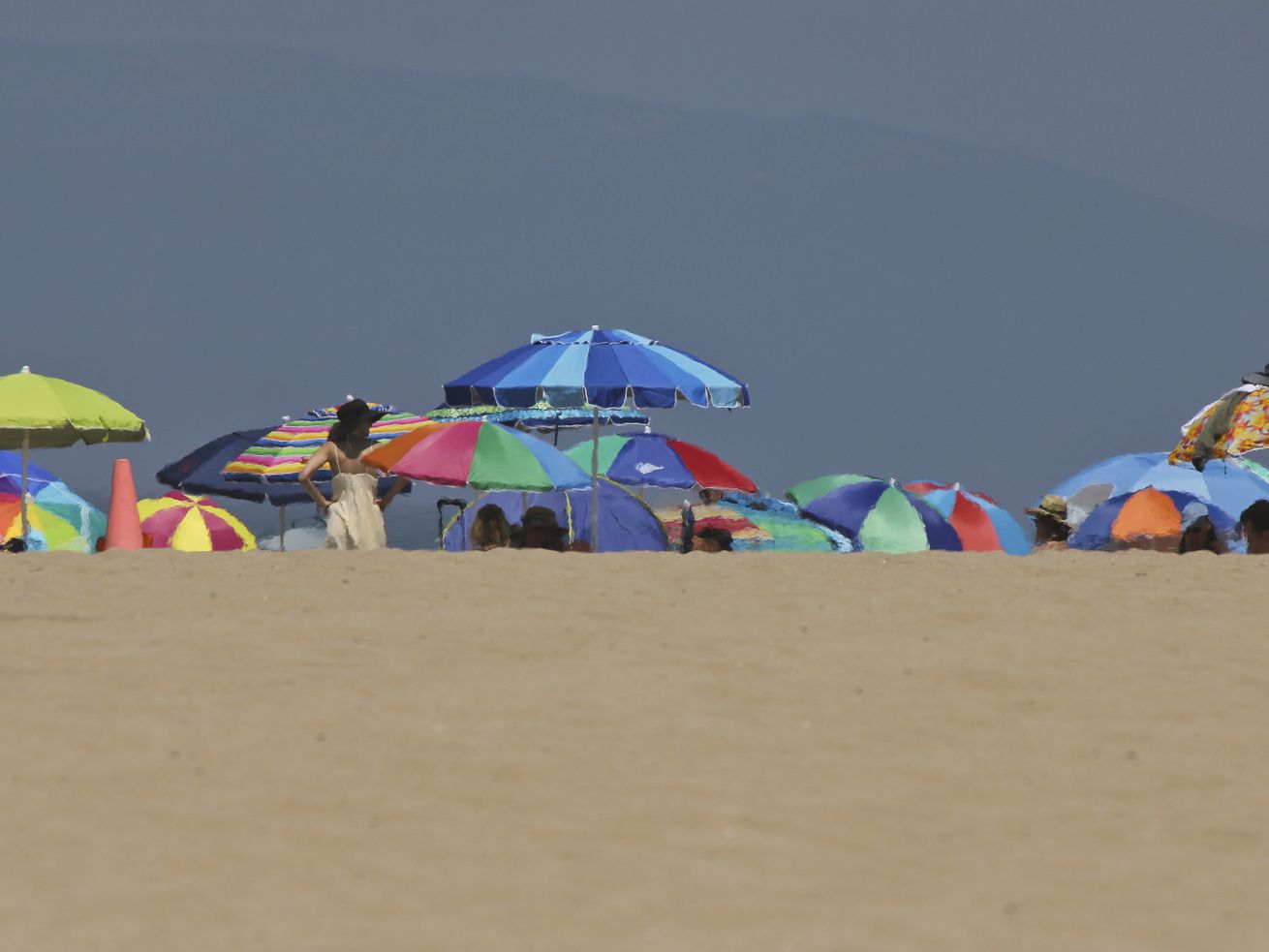 It could be an ideal weekend to hit the beach

The heat is on.

Following two consecutive months of record lows, temperatures across Los Angeles are expected to spike this weekend and into early next week.

A high pressure system is moving into the region, and winds will shift from west to east, driving away the clouds associated with the local weather phenomenon known as “June Gloom.”

All that is to say: It could be an ideal weekend to hit the beach.

Weather will start to warm Saturday and will peak Sunday and Monday, with high temperatures forecast at 84 degrees in Downtown LA, where the normal high temperature is 78 degrees, says Phillips. Any patchy fog should burn off around 11 a.m. in Santa Monica and Malibu, where the forecast is calling for temperatures in the low 70s. Meanwhile, expect upper 80s and lower 90s in the Valley.

“The sunshine, high [pressure] and offshore flow will all conspire to bring an additional 3 to 6 degrees of warming,” says the Weather Service forecast. “The whole area will have above normal temps and the warm Valley locations will top out in the lower 90s.

Those aren’t crazy-high temperatures for Los Angeles, but the toastier weather will likely be welcomed by Angelenos amid an unusually chilly spring and in the wake of a rare wet winter.

The Bay Area, however, might see record heat, according to UCLA climate scientologist Daniel Swain. On Twitter, he says Southern California “should still be quite warm to hot—just not as likely to be record-breaking.”

Record mid-June heat possible across some parts of California Sun/Mon, especially the coastal Bay Area. A strong ridge of high pressure will completely suppress the coastal marine layer and associated "June Gloom" for some time to come. Quite the shift from May! #CAwx pic.twitter.com/DmIkFAWsQG