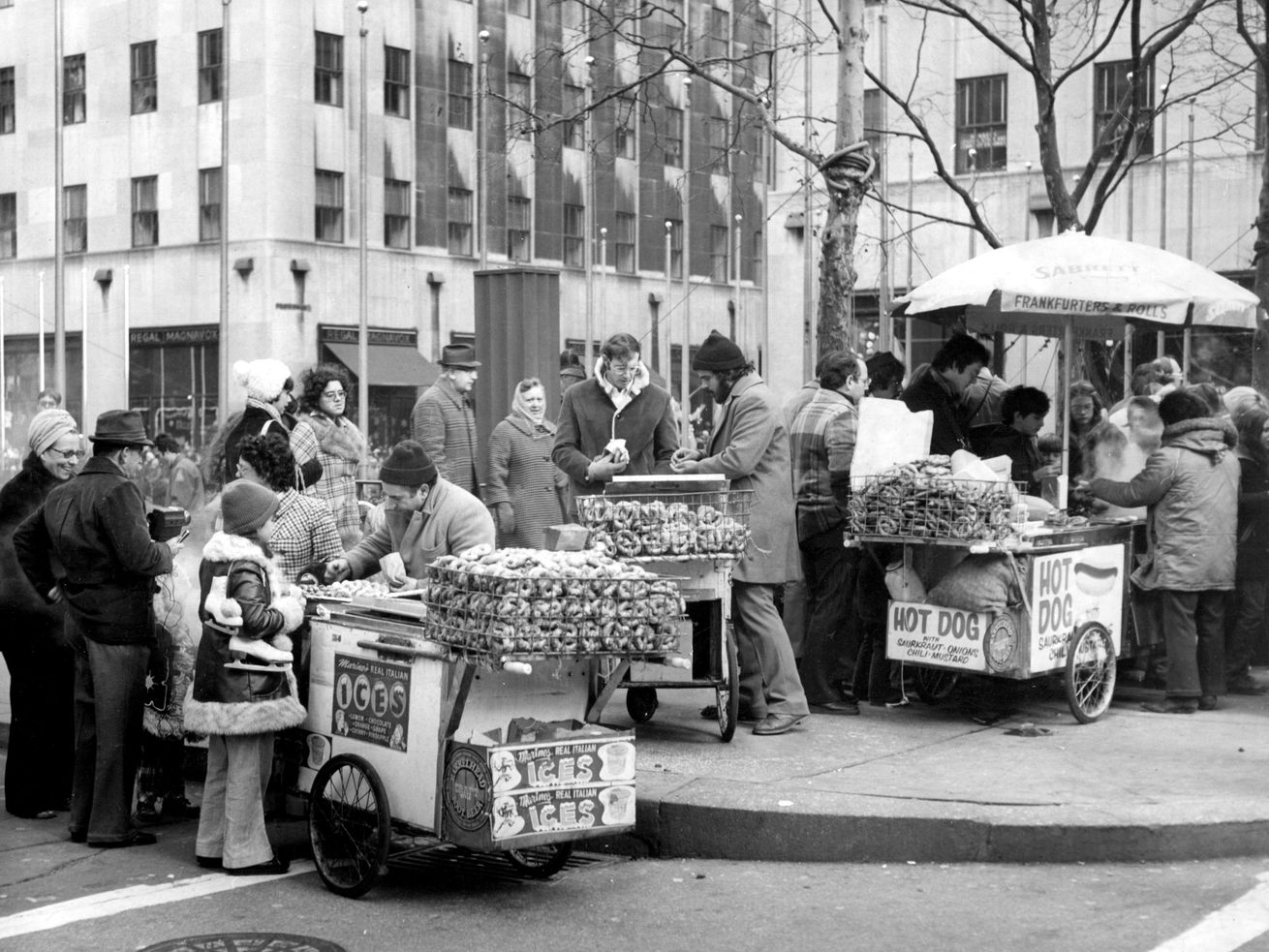 Plus new coffee in Palisades Village, and the future of Baroo

For years, New York City media has treated Los Angeles — particularly its transportation, dining, and cultural scenes — as a West Coast backwater, but now the LA Times is out to get one back. In a new story posted for April Fools’ Day, writer Lucas Peterson lays out the case for dining in NYC for a change, calling it “seemingly an unlivable urban wasteland” that happens to get some unique foods write, including pizza and bagels.

L.A. Taco’s annual Taco Madness tournament is here, bringing its bracket-style competition to the Los Angeles dining scene starting a 10 a.m. today. The opening round pits plenty of favorites against one another, from Sonoratown vs. Loqui to Burritos la Palma vs. Asadero Chikali.

It’s new taco Monday at Homestate, and the growing restaurant group is jumping into the day with a collaboration with band the Local Natives. The new $5 taco will send some proceeds to PATH, one of greater LA’s best homeless-focused non-profits.

Upstart coffee subscription service Yes Plz has also been putting out an ongoing zine filled with stories large and small, and the company’s most recent issue tackles the wonder that is the new Baroon Canteen. The whole thing deals with Baroo’s future, it’s past, and the wonderful moment it finds itself in now.

Long Beach’s burned-out Restauration is close to coming back to life, reports the Long Beach Post. Per ownership, the plan for one of the city’s most gifted restaurants is to reopen either late this month or in early May.

Old as it gets

The Los Feliz Ledger tackles some of the oldest restaurants in and around Silver Lake, from the Red Lion to Millie’s to Taix down in Echo Park.

In comes a new one

Well it didn’t take long for the Palisades Village to find a new coffee tenant once General Porpoise was out. Here comes Alfred, the locally-grown label run by Josh Zad, coming this summer.