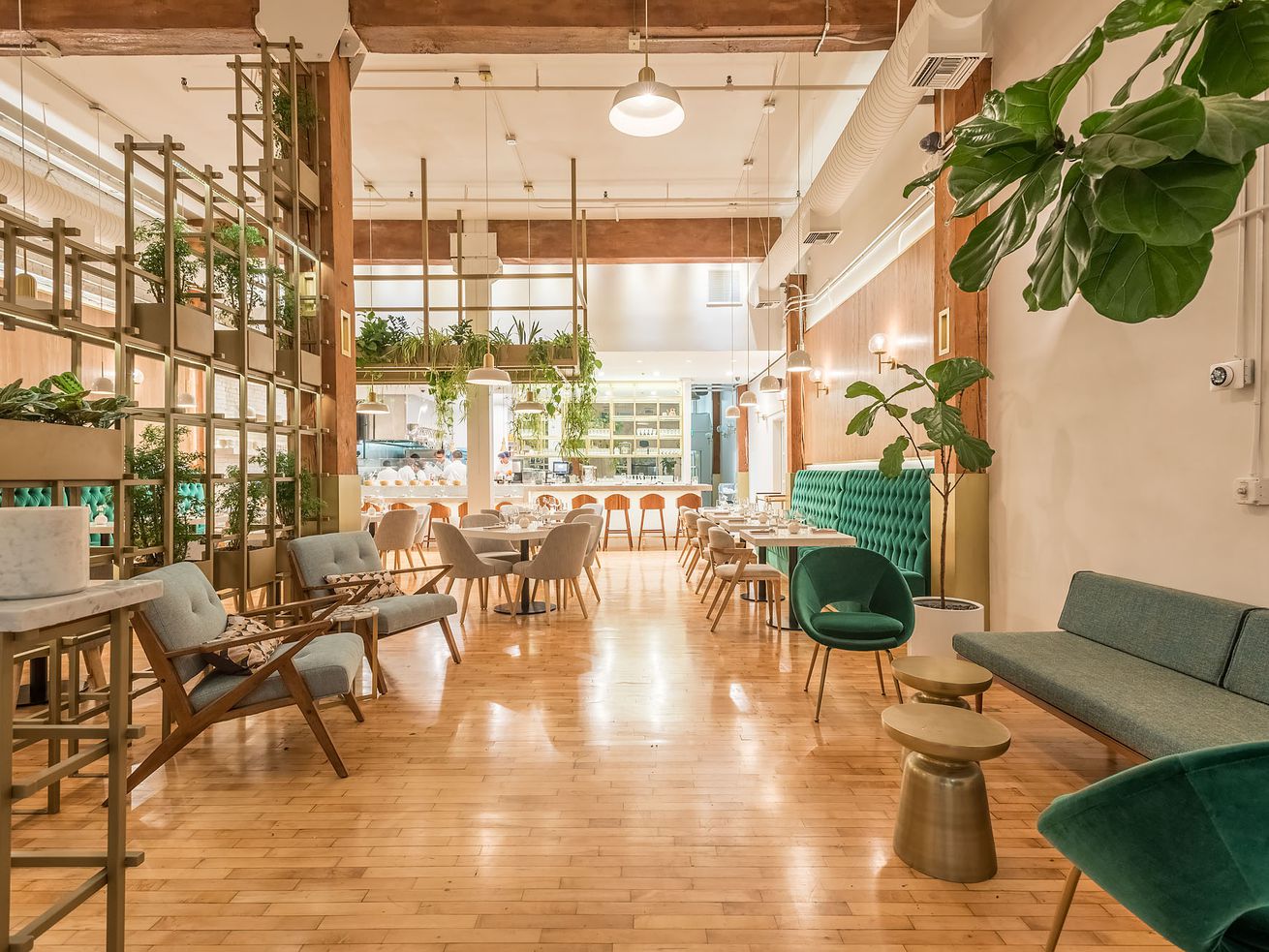 This week’s LA Times food reviews focus on two restaurants of a very different sort, starting with a particular deep-dive on the hotness of Nightshade’s Szechuan spicy quail dish.

Yesterday critic Patricia Escárcega took on Nightshade, Top Chef winner Mei Lin’s buzzy Arts District restaurant that opened back in December. The place can feel like “a West Elm catalog sprung to life,” and the kitchen hosts a “brigade of youthful kitchen dudes,” but there’s no denying that the star of the show is Lin and her vision, which translates to some interesting food. Here’s Escárcega’s take on that quail:

Szechuan hot quail served on a thick slice of Japanese milk bread reckons with both the primacy of Howlin’ Ray’s and the haunting properties of Sichuan peppercorns. The meat is memorably succulent under the hellfire of that chile heat. The dish, in the way it smashes cultures together on the plate, is perhaps the most Los Angeles thing on the menu.

There’s less to love about the Instagrammable bloomin’ onion, writes Escárcega, but the congee is a must, as is the shrimp toast. It’s also a good idea to order the rotating vegetables as they come, as they are “routinely intriguing and delicious” when they appear. And, of course, there are those impeccable desserts from recently-crowned Eater Young Guns winner Max Boonthanakit. Escárcega says:

Without much fanfare, Nightshade has developed one of the most intriguing dessert menus in the city. Chef de cuisine Max Boonthanakit, working mostly in the frozen dessert oeuvre, has produced a lineup of clean, sculptural dishes that look freshly plucked from a Broad exhibit.

In all, Escárcega seems pleased with what’s happening at Nightshade, saying “the restaurant feels alive with possibility in the way that the best new modern Los Angeles restaurants do.”

Over in Glendale, critic Bill Addison took the time to check out all three daily meals at Akkad, a smallish spot that focuses on a variety of Iraqi specialities. There are Armenian and broad Mediterranean staples like kebabs and dolma, but the real hits here might come from a well-meaning regular at the next table who recommends the pacha, a hearty Iraqi soup.

So what’s the official order for those in the know? Try that pacha, which comes with a punchy cup “filled with lemon juice and a pinch of minced garlic” to help cut through all the richness. The dish “hummed with subtle, pleasant gaminess” when Addison had it, and signaled a sign of many good meals to come.

The same can be said for the kibbeh haleb and so-called “potato chops” fried patties, which come stuffed with ground beef and arrive crispy and flavorful. During breakfast there are scrambled omelettes heavy with yet more ground beef, and lots of dark Armenian coffee on the side. Just don’t expect service to always work in favor of the diner.

You can’t exactly count on the service at Akkad. Sometimes you’re directed to a table where a staffer takes your order; sometimes you stand in line at the counter. I can’t discern any traceable logic to the system. It seems to mostly depend on how frazzled the staff becomes.

The key with Akkad seems to be going with the flow of the room, both when it comes to service and the menu, especially when (as happened to Addison) a septuagenarian at the next table offers to share dessert. It’s just that kind of place.