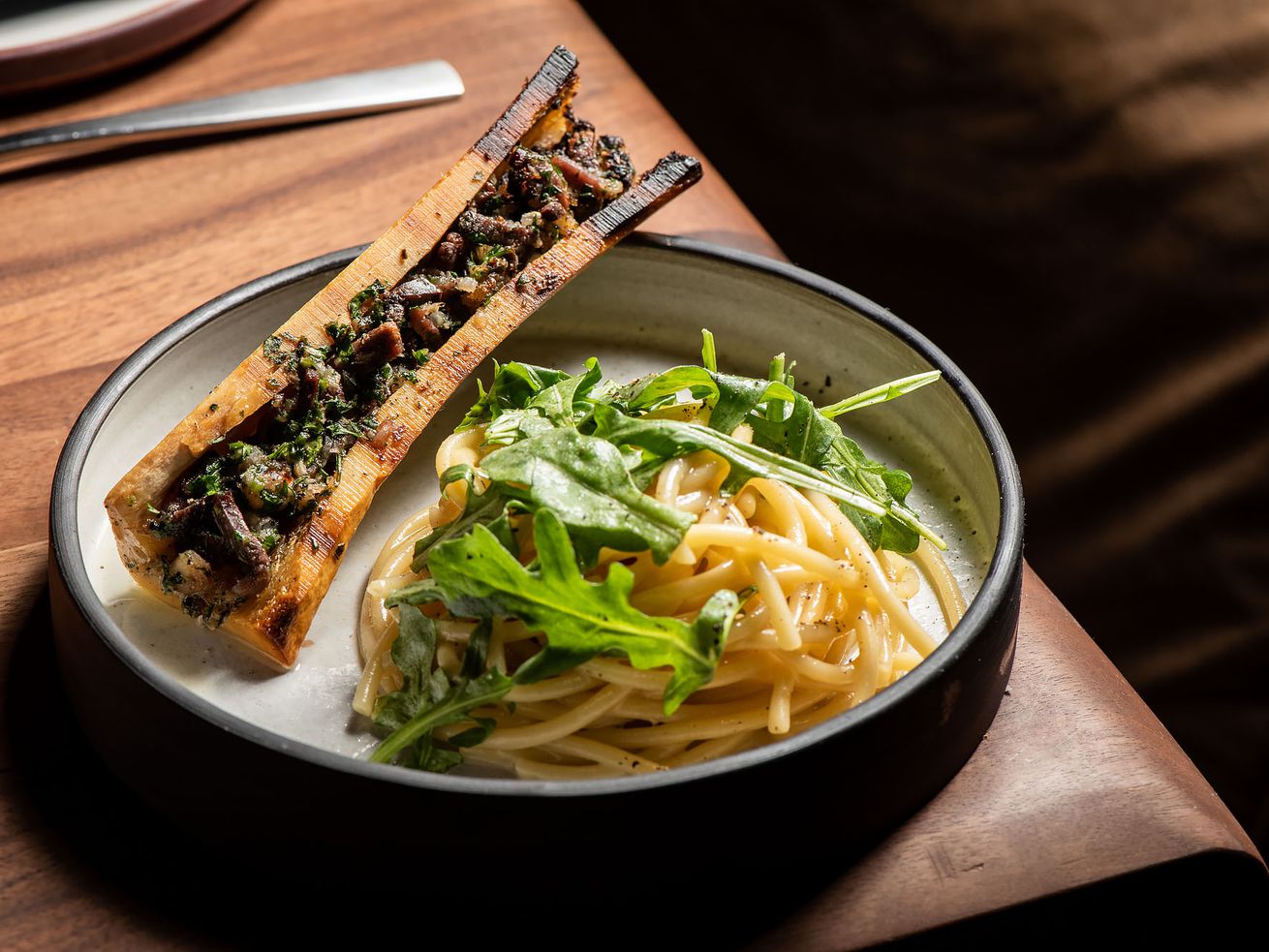 Plus Downtown Indonesian spot Kasih gets some attention

In this week’s round-up of LA Times food criticism, writers Bill Addison and Patricia Escárcega take on Tesse and Kasih, respectively. Both are relatively new entrants into the Angeleno dining repertoire, though they offer almost entirely different experiences inside.

First up is Addison on Tesse, the moody dinnertime spot along the Sunset Strip. The room is full (when it’s full) with a mix of everyday diners from across the city, and “men and women so enhanced they might actually classify as bionic,” says Addison, but that hasn’t stopped him from enjoying the quality French flavors being pushed out by chef Raphael Francois.

The dishes that most clearly call forth Francois’ Gallic soul give the restaurant its defining character. Take simplissime, a white bowl filled with puréed potatoes that channels nouvelle cuisine in its starkness. Dig deep with a spoon and it all comes together: The spuds conceal blue crab nipped with tarragon; a Cognac sauce drizzled over the top brings all the rich, swanky flavors into close harmony. For balance: pleasantly astringent endive salad glossed in a beet reduction that makes the whole leafy mass glow a radioactive fuchsia.

Addison is also high on Sally Camacho Mueller’s happy-making desserts and the cocktails from Nick Meyer. And yet, Bill Chait’s return-to-LA restaurant doesn’t have quite the buzz as some other new restaurants around the city, and Addison can’t quite figure out why. In short:

Why hasn’t there been more sustained buzz around Tesse?

Meanwhile Escárcega heads to Kasih in Downtown for an upturned take on all things Indonesian. There are classic dishes like a Sumatran-style rendang, and plenty of sambal for the table, and it all comes courtesy of one of Indonesia’s biggest culinary stars:

The restaurant is backed by a fairly big name: executive chef Vindex Tengker, a globetrotting figure who made a name for himself overseeing the resort kitchens at Four Seasons hotels in Bali, Los Angeles and Jakarta. More recently, Tengker has become a fixture on cooking shows including “MasterChef Indonesia” and “Top Chef Indonesia.”

Mostly Escárcega finds everything to be, well, pretty good, from the “turmeric-stained rice” and the “delicious, funky” nasi goreng. And then there’s this:

You should not leave without trying ayam rujack, crisp-skinned fried chicken quarters served with a tangy-rich tamarind coconut sauce, or the sweet-smoky sate ayam, delicately charred chicken skewers coated in a sweet peanut sauce. And the slow-roasted Balinese pork dish babi guling, armored in a thick, fatty rind of crackling, feels engineered to satisfy on a molecular level.

Overall? Kasih seems like a nice place to catch dinner in Downtown, though the location may leave something to be desired. It’s basically “wedged into a corner of Little Tokyo that abuts a fortress of luxury high-rise apartments, a sterile downtown strip awash in daytime fast-casual restaurants and business-class hotels,” says Escárcega, but that should be no deterrent when it comes to quality Indonesian fare.