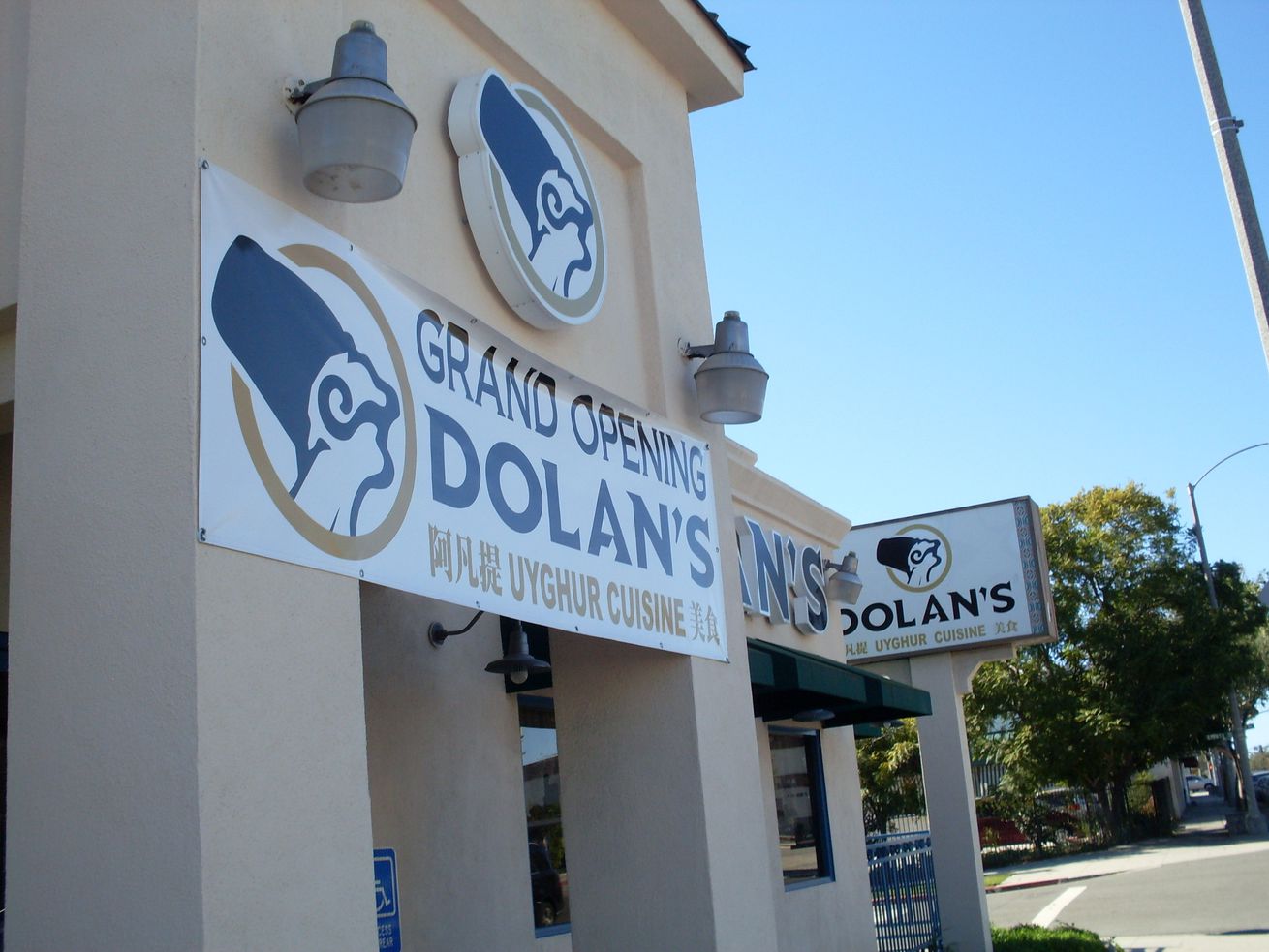 The LA Times continues to tinker with its new critics and their reviews, filing Patricia Escárcega’s early this morning after letting Bill Addison’s run yesterday. Both pies are in some senses a surprise, as neither covers the many central-to-LA big openings of the past two years, like Manufactory or Hayato. No, this week it’s all about heading east and south.

First up is Addison’s Thursday take on Dolan’s Uyghur Cuisine in Alhambra. The newer San Gabriel Valley entrant focuses on Northwest China’s Muslim Uyghur cuisine and its Turkic-speaking people, even touching the many reports of repression coming out of China these days. The decision to laud owner Bughra Arkin’s da pan ji — “the heap (of chicken) involves potatoes, chopped red and green peppers, stray slivers of garlic and ruddy dried chiles” — feels not only of the moment politically, but part of what makes covering the food scene of greater LA so great.

I’m keen on a straightforward dish of stir-fried lamb freckled with cumin seeds. A can’t-stop-eating jumble of fried cubes of naan with beef and cumin is likely the source of the enveloping aroma that wafts through the restaurant. I prefer these to the kebabs.

The manti dumplings, and laghman long noodles are also (mostly) a win, and there are some fun non-Uyghur dishes to enjoy as well. All in all the new restaurant, which only just opened in January, works, and is “a welcome new bright star in the San Gabriel Valley’s constellation of cuisines.”

Meanwhile, Escárcega turns her eye towards Orange County, cementing the notion that this new crop of critics will indeed be heading east, north, or south outside of Los Angeles whenever they feel the need. In this case the cause is Chaak Kitchen, a Mexican restaurant with a lean towards the Yucatán Peninsula.

The Tustin restaurant plays to some of the Yucatán’s strengths, from cochinita pibil pork plates to charred and spicy habanero salsa. They’re both done well, says Escárcega, and speak to a broader point about culture and history and restaurants at large:

The charred salsa is an apt introduction to Chaak, a restaurant that celebrates smoke and spice, two pillars of Yucatecan cooking. Nearly everything about Chaak (the name is a reference to the Maya water god) is an homage to the Yucatán Peninsula, including the restaurant’s swank, light-filled dining room. The space is tricked out with a custom retractable roof (the Maya were accomplished astronomers), tasteful wall displays of imported Yucatecan textiles, and unique design features that subtly invoke Mayan culture — note the steel rings that anchor the restaurant’s hanging light fixtures, a nod to the Mesoamerican ball court at Chichen Itza.

Now on to the must-order dishes, like “sikil p’ak, a traditional pumpkin seed dip that is more or less the Yucatecan analog to hummus,” and “crisp blue corn huaraches overlaid with melted Oaxacan cheese, chorizo and ribbons of scallions.” And then there is this:

Fresh ceviche is a pillar of Yucatecan cooking, and Chaak’s version is magnificent: The seafood, a mix of octopus and striped bass, is cut into hunks that melt into the intensely citrusy leche de tigremarinade. A dish of campeche pulpo al guajillo is equally persuasive, the spicy grilled octopus served over a creamy swipe of chickpea purée with hunks of slightly sweet chayote squash.

At the end of it all, Escárcega is smitten with Chaak’s mostly traditional fare and the way it has been embraced and is “thriving in Orange County, of all places.”