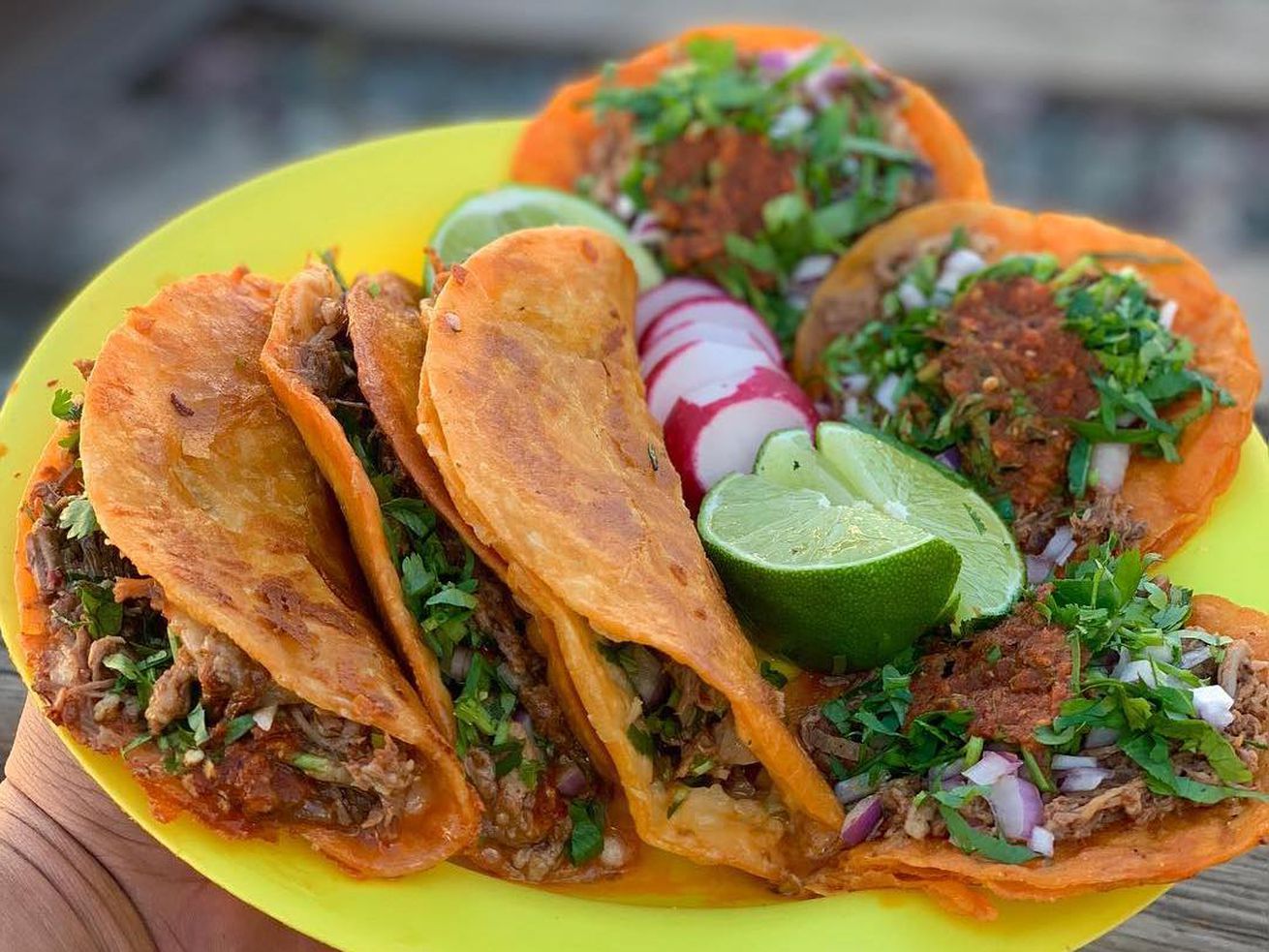 Plus more on the sophistication of Porridge + Puffs, and LA’s old-school institutions

Los Angeles remains a taco kind of town, even if the style of those tacos continues to evolve and morph across regions, generations, and time. Case in point: Teddy’s Red Tacos, the new school hit Tijuana-style birria truck in South LA that has spawned plenty of social media imitators. The Slauson-born rig now has two brick and mortar locations and a Super Bowl ad under its awning, which means it was high time for LA Times critic Patricia Escárcega to give it a look.

What’s to love at Teddy’s? A lot, apparently, from the beefy birria de res standards to the quesadilla. But it all starts with that consomme.

True to the restaurant’s name, everything on the Deluxe plate is stained, dipped or otherwise splashed in the house consommé, a bubbling, slow-cooked welter of tomatoes, roasted chilies, dried herbs and chuck steak that turns everything it touches a bright radioactive red. Every tortilla that passes through the kitchen is dipped in the scarlet broth, tossed onto the hot grill until it stiffens and crisps, stuffed with juicy parcels of shredded beef, and then splashed dutifully with more consommé.

In all, Escárcega comes away with a newfound respect for namesake owner Teddy Vasquez — “Part taquero, part social media brand ambassador and part inspirational speaker” — and leaves feeling like the man really can do it all, from taco trucks to restaurants to plates of premade birria in every grocery store in America.

Meanwhile side-by-side critic Bill Addison dropped his review of Porridge + Puffs yesterday. The Historic Filipinotown shop from Minh Phan certainly has the goods to become an anchor not only for the neighborhood but for the entire city, thanks to its homey namesake, the cross-cultural porridge:

The porridge soothes with a risotto-like consistency; it blankets a layer of ground turkey, spiked with salty-sweet soy sauce, spread across the bottom of a wide-lipped bowl. On top rest strips of boiled chicken and sliced mushrooms (usually wood-ear and shiitakes), tangled in their shades of beige and russet. Garnishes pop: pickled celery, frizzled shallots, a small hill of chopped green onions. On one level this is chicken and rice, pure and universal in its appeal. But there is enough tension and depth and contrast stacked in every bite that, thrillingly, I never just relax into mindless succor eating it.

Despite the perceived simplicity, Phan’s menu is intricate, thoughtful, and complex, though it may not suit all eaters. “I’ve dined with friends who are transported by the fastidiousness of Phan’s cooking,” writes Addison, “and others who shrug, not at all moved by bowls of mush with stuff on top.” As for the critic himself, he counts himself among the acolytes, and says he’ll be returning often, especially because “the restaurant helps fill a spiritual void left by recently closed Baroo.”

And, finally, the New York Times takes a look at some of LA’s most vaunted dining institutions, from King Taco to Tam O’Shanter. Writer/critic Tejal Rao finds a lot to love in some of the city’s most well-worn corners, saying:

Though the Tam O’Shanter was a clubby hangout for Disney executives in the 1950s, the lunchtime crowd that now fills the kitschy pub is a more diverse representation of the city: elderly couples with their elbows locked together, immigrant families and groups of young women, clinking their pints of beer. They’re drawn in not just by the restaurant’s unfussy comfort food, but by its consistency and warmth.

In all, Rao is charmed by Dan Tana’s and Cielito Lindo and Beverly Soon Tofu as places where communities gather — even if, sometimes, that means actor Alfred Molina, singing with friends over a plate of veal parmesan.