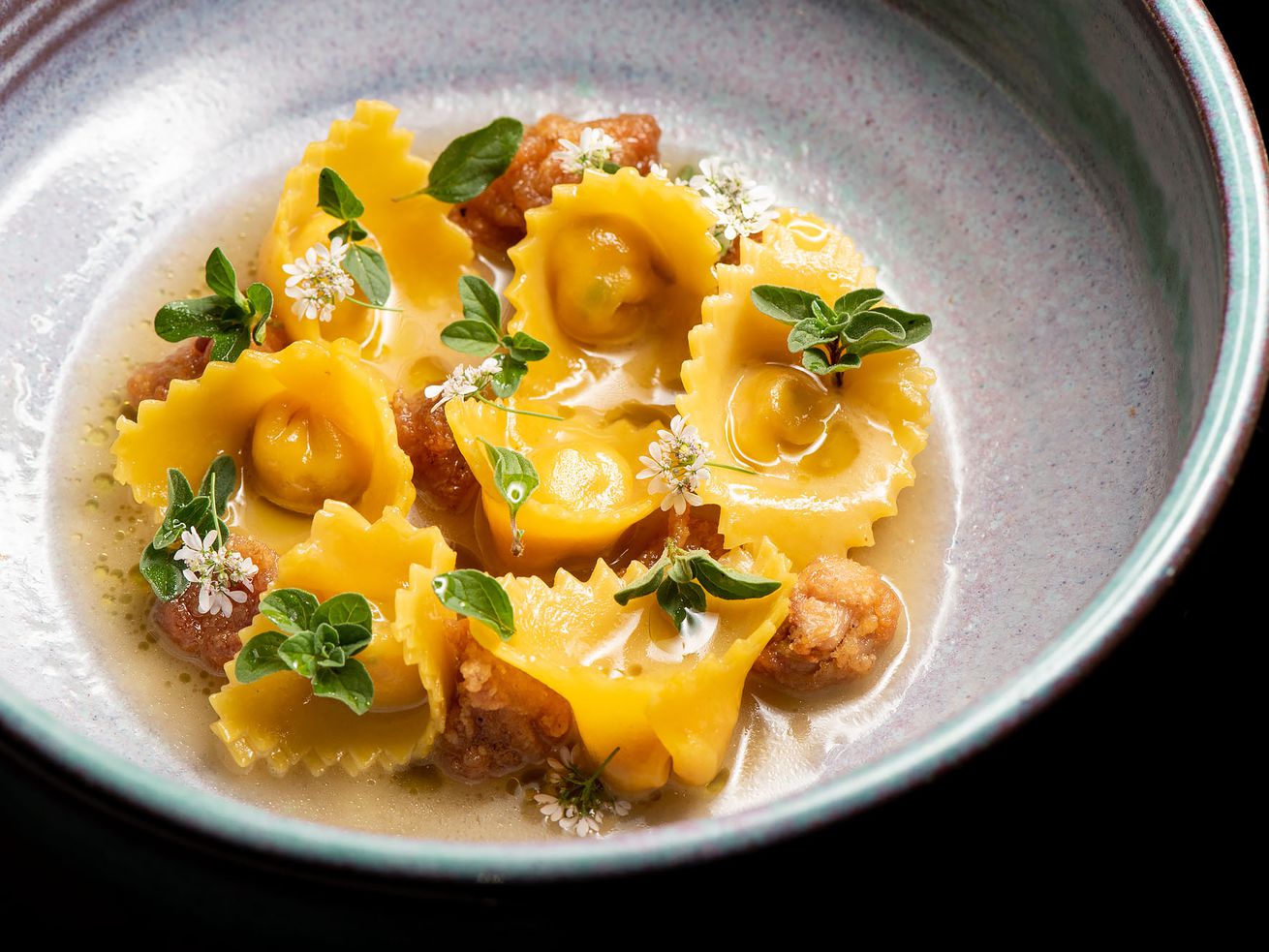 Plus Bill Addison on the allure of fame at Tacos 1986

The new LA Times critics seem to be settling into their roles nicely, tackling a variety of restaurants from bakery-and-dinner spot Fiona to the lush Downtown cocktail den Dama. This week it’s all about the showmanship of Tacos 1986 in Koreatown, especially because critic Patricia Escárcega walks away only mildly impressed with West Hollywood’s new Blackship.

First up is Escárcega on Blackship, the restaurant she calls a “fascinating scattershot of highs and lows.” The Japanese-Italian newcomer only landed at the end of last year but has already found a buoyant crowd that loves to bob with the music and float through for carbonara ramen and cocktails. Some of the inventive stuff from chef Keiichi Kurobe, formerly of Hinoki + the Bird, really works:

To get a sense of how good Blackship can be, though, order the Japanese Little Neck tonjiru, a miso-intensive broth thick with clams, Tuscan kale and crumbles of coarsely ground fatty pork sausage.

Other menu items, like the aforementioned carbonara ramen, not so much:

It’s an intriguing and playful cross-cultural mash-up. But it’s also less coherent and delicious than what you might find at a first-rate ramen bar or Italian restaurant; a dish more amusing than it is satisfying.

There are also human woes to the restaurant (“your server sucks” a nearby diner told Escárcega one night while watching with amusement) but ultimately it’s part of what makes the young restaurant so “fascinating” indeed, even if the “risks don’t always pay off.”

The same cannot be said for Bill Addison’s enjoyment of Tacos 1986, the high-voltage taco stand currently running on Western in Koreatown and weekly at Smorgasburg. More than anything the place is something akin to a party being run by Prince; everyone is having a good time regardless, but there’s no denying who the star of the show is. In this case, it’s Jorge Alvarez-Tostado, better known as Joy, the taquero with the muscles and the mustache.

The man really is a sight to behold, and a big part of the stand’s success:

He belts ticket orders, tends the trompo and bangs out tacos in flashes of uncanny muscle memory, all while working the crowd with control and charisma. He mugs and blows kisses for Instagrammers.

There’s more than just show to the creation that Joy and partner Victor Delgado (the business behind the stand) have put together. The tacos, of course, are pretty fantastic as well:

My favorite taco filling — the one that eventually might be included among the essentials of the Los Angeles taco lexicon — is the hongos, or mushrooms. They’re as glossy and coiled as snails, leaving inky trails across a tortilla. They aren’t slimy at all, though, and they’ve soaked up spicy depths.

And then there is the quesadilla

a crisped corn tortilla, dressed con todo and welded to a mass of white cheese melted on the griddle. Drizzle it with more salsa macha from the condiments bar before the first bite sends the thing shattering into a messy, delightful muddle.

Other bites include the smoky carne asada and the off-menu perron, a mix of carne asada, beans, cheese, and guacamole on a flour tortilla. It’s “an easy-to-love, off-the-menu homage to Delgado’s favorite taco at El Yaqui in beachside Rosarito.” But ultimately, Joy is a big part of the final equation at Tacos 1986 — both the man himself, and the feelings elicited after just a bite or two.