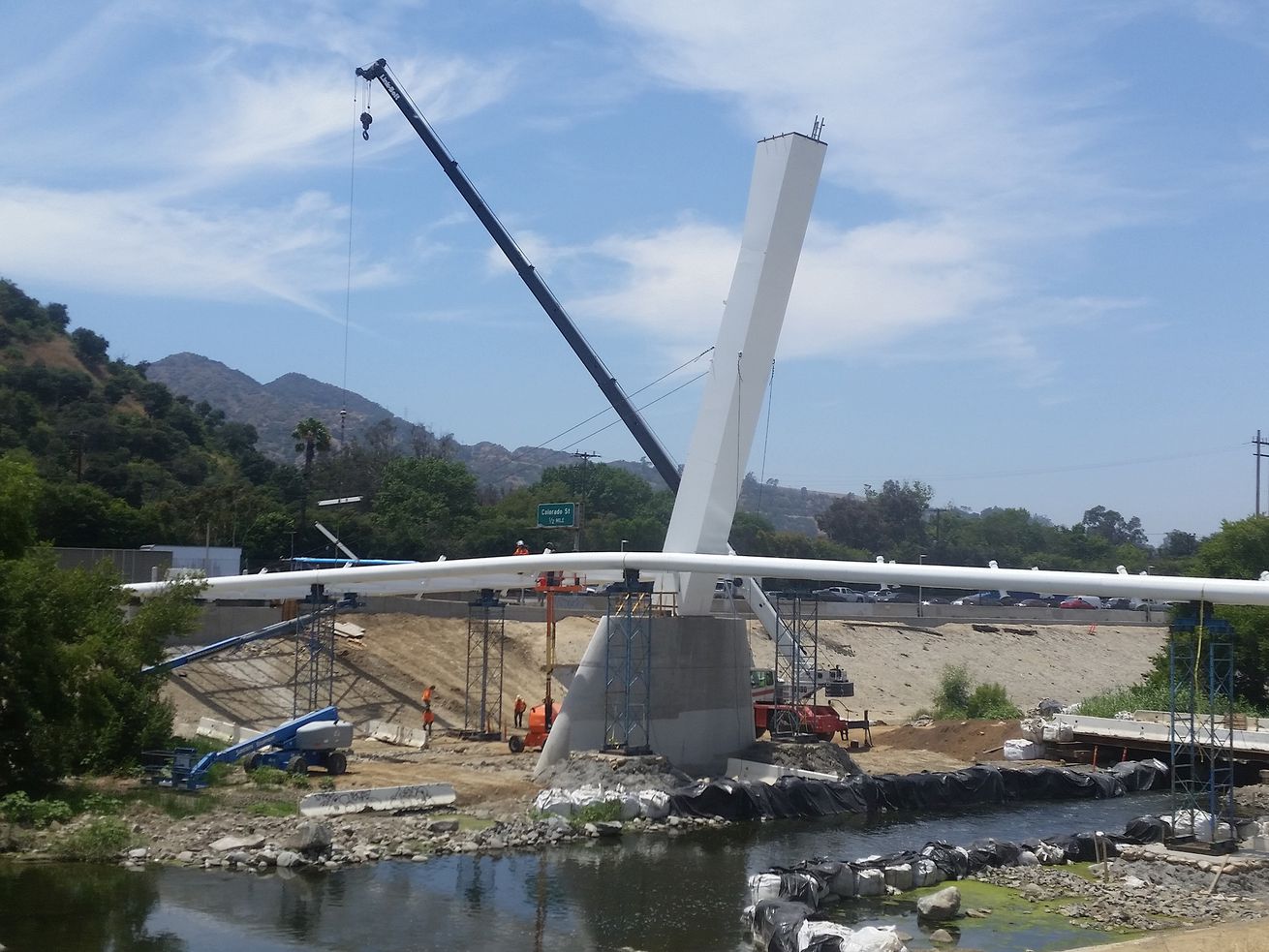 Set to be complete by the end of the year

Drivers crawling up the 5 freeway near Atwater Village may have noticed a giant white beam sticking out of the Los Angeles River.

That large white structure is part of a bridge that, when complete, will connect pedestrians, cyclists, and equestrians traveling between Atwater Village and Griffith Park. Construction on the North Atwater Bridge began in the spring of 2018, and now the bridge’s larger pieces are starting to materialize in the river bed.

Shirley Lau, a civil engineer with the city’s engineering bureau, says the bridge’s “superstructure” will be up by the end of the year. That matches up with earlier projections that pegged the bridge being complete this fall.

While construction is underway on the North Atwater Bridge, a portion of the bike path closest to the project is closed and will remain shuttered until December.

The LA River is bustling with bridge-building activity. In Cypress Park, work began last month on a bright orange bridge that will connect the bike path on the Elysian Valley side of the river to Cypress Park and a planned park at Taylor Yard.

North of the North Atwater Bridge, another bridge is planned to link Glendale and Griffith Park.

Closer to Downtown, the massive Sixth Street Viaduct is moving toward its estimated 2020 completion date. The $482-million, Michael Maltzan-designed project will cross the 101 freeway and the river, connecting Boyle Heights and the Arts District.