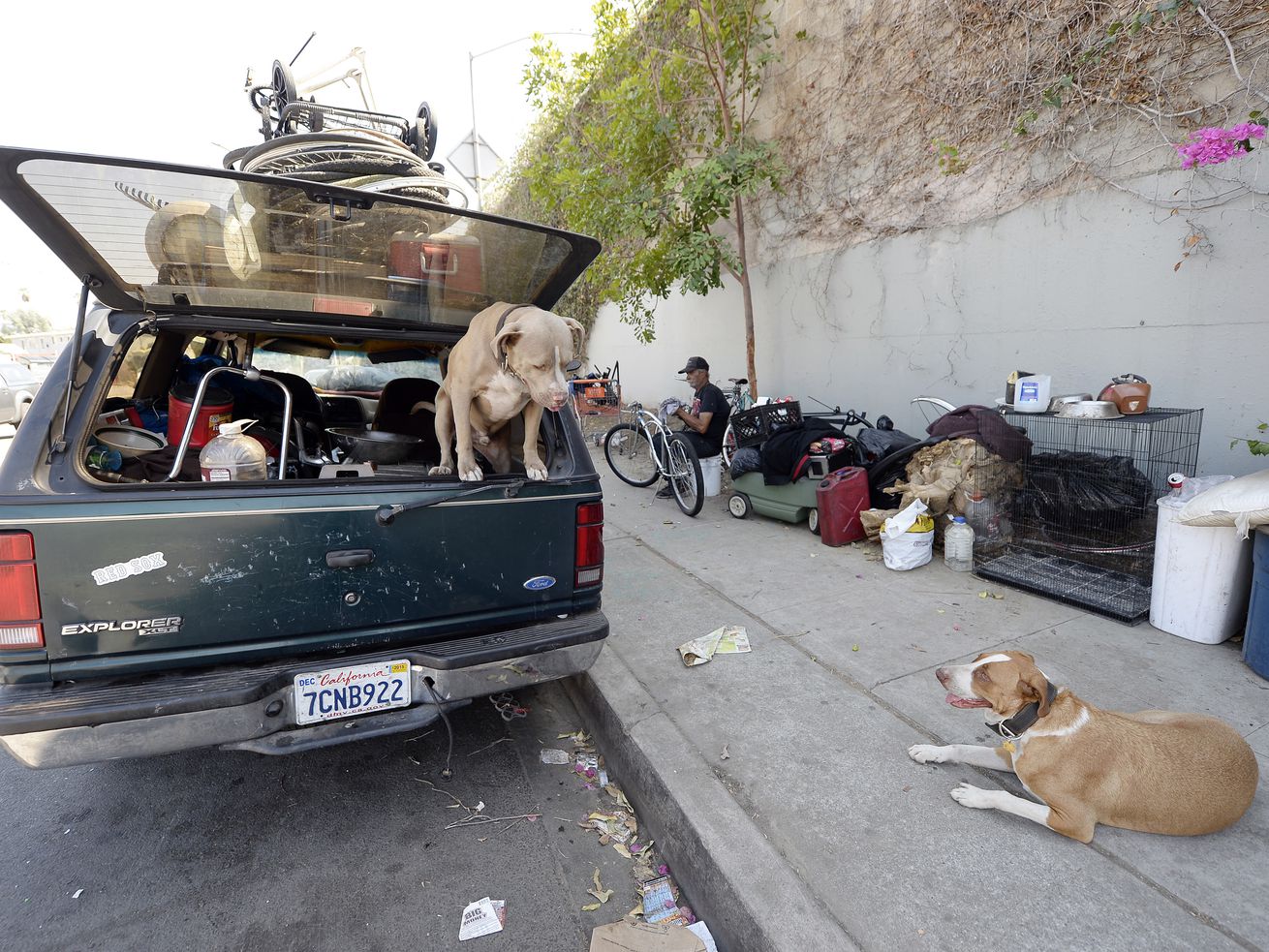 A 2015 file photo of a homeless resident and his vehicle in Hollywood. | Getty Images

Homeless advocates call the law—which is now set to expire in January—“brutal,” “cruel,” and “draconian”

The Los Angeles City Council voted unanimously today to reinstate a temporary ordinance that went into effect in early 2017, making it illegal to sleep in a car or RV in residential areas or near schools, daycares, and parks.

Dozens of residents, many of whom work or volunteer with groups that serve LA’s growing homeless population or are affiliated with local Democratic clubs, urged the council not to extend the ordinance, calling it “brutal,” “cruel,” and “draconian.”

“Several families at my children’s school are struggling with homelessness and are living in their cars and getting their kids to school and doing the best they can,” said Erika Feresten, a mother of two and a member of the Pacific Palisades Democratic Club. “It’s unconscionable that they would be criminalized for doing the best that they can.”

The law is in effect from 9 p.m. to 6 a.m. on residential streets and at any time within 500 feet of a park, licensed school, preschool, or daycare facility.

The penalty for violating the law, which lapsed for a few weeks this month, is a $25 infraction. The amount doubles on a second violation and tops out at $75 for subsequent violations. It is now set to expire in January.

When they adopted the ordinance in 2017, city leaders, who have fielded complaints that the campers and rigs are a blight and nuisance, said they were trying to help car- and RV-dwellers find appropriate places to post up.

But unhoused LA residents don’t have many options. The City Council has added hundreds of streets to the list of places where spending the night in a vehicle is prohibited.

Shayla Myers, an attorney with the Legal Aid Foundation of Los Angeles, said the ban on vehicles, known as 85.02, “validates a harmful stereotype” that homeless residents are dangerous. That stereotype, she said, is making it difficult for city leaders to put up sorely needed homeless shelters.

The council’s vote was taken without comment. But the motion to extend to the ordinance was introduced by Los Angeles City Councilmember Mike Bonin, who represents much of the Westside.

In his motion, Bonin noted the city has expanded a pilot program to set up designated areas for homeless residents to park overnight. The parking areas are usually run by nonprofits and are equipped with security officers, as well as services.

It’s estimated that 16,528 people live in cars, vans, or RVs or in the city of Los Angeles.