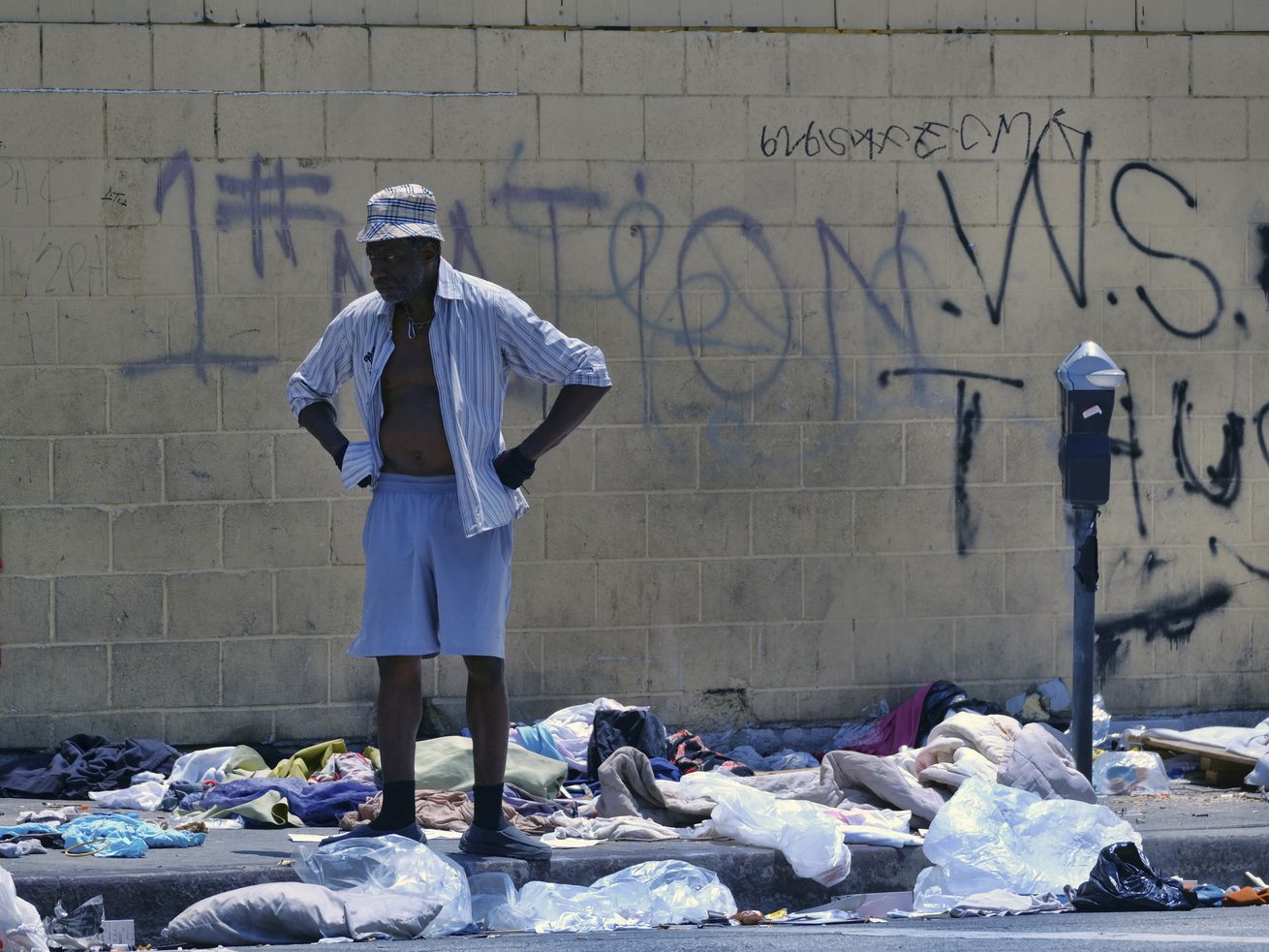 The homeless population has swelled 58 percent on his watch

When Los Angeles Mayor Eric Garcetti took office in 2013, the city was home to 22,993 homeless residents, with about 65 percent living without shelter.

The number of unhoused people living within city limits now stands at 36,300—and 75 percent are unsheltered.

With homelessness up 58 percent on his watch, the mayor struck an apologetic tone in a letter sent to residents Tuesday.

“As your mayor, I take full responsibility for our response to this crisis,” wrote Garcetti. “And like everyone who has seen families in tents or spoken to a homeless veteran in need, I am both heartbroken and impatient.”

In the letter, Garcetti compares the current homelessness crisis to the aftermath of the devastating 1906 earthquake that left more than 200,000 Bay Area residents without housing.

Statewide, nearly 130,000 Californians were estimated to be homeless in 2018, prior to a steep increase this year in most counties.

Pointing to these numbers, Garcetti calls the current homeless crisis the “second-worst disaster we’ve ever seen in the Golden State,” and argues that a more disaster-like approach to the problem is warranted.

It’s not the first time that the mayor has raised alarm bells about the issue. In 2015, he joined members of the City Council in calling for a “state of emergency” on homelessness. That eventually led to a new citywide strategy to get residents into housing, and a 2016 ballot measure that yielded $1.2 billion for construction of affordable housing complete with on-site services and case management.

Residents have resisted shelters in many neighborhoods, and plans for an emergency housing center in Koreatown drew such strong opposition that local officials eventually gave up on the idea. Another shelter planned in Venice has been delayed because of a lawsuit filed by a neighborhood group opposed to the project.

Through those fundraising efforts, the capacity of local agencies and service providers to house people has grown significantly.

But local leaders, including Garcetti, have been less successful in stemming the tide of those becoming homeless each year. Amid a profound affordable housing shortage, county officials estimate that more than 100,000 people experienced homelessness at some point in 2018. More than 25 percent found housing again without government assistance.

Meanwhile, some, including the City Controller, are growing impatient with the slow progress of supportive housing construction since 2016.

“It has been two-and-a-half years since L.A. voters approved Measure HHH to spend $1.2 billion to create 10,000 supportive housing units,” wrote Galperin last week. “While nobody expected these units to be built overnight, at this moment not one HHH project has been completed.”

That’s not exactly true; the first building funded by the measure opened late last month. But the initiative hasn’t yet yielded any new permanent housing.

By Galperin’s estimation, Garcetti and other city leaders need to focus on solutions likely to yield more immediate results—like “making hygiene and storage facilities available, regularizing sanitation pick-ups in areas with concentrated homeless populations, and exploring the use of alternative housing models.”

In the letter sent Tuesday, Garcetti promises to direct more attention to just these things.

“In the weeks, months, and years ahead, we’ll add more showers, bathrooms, storage units, and sanitation teams citywide,” he writes.

Garcetti also promises to “cut red tape” to get construction started on more supportive housing projects. Right now, 1,382 units are under construction and more than 5,000 have been funded through HHH.

“We must do better, and we must treat this problem like the humanitarian emergency that it is,” writes Garcetti. “That starts with me.”