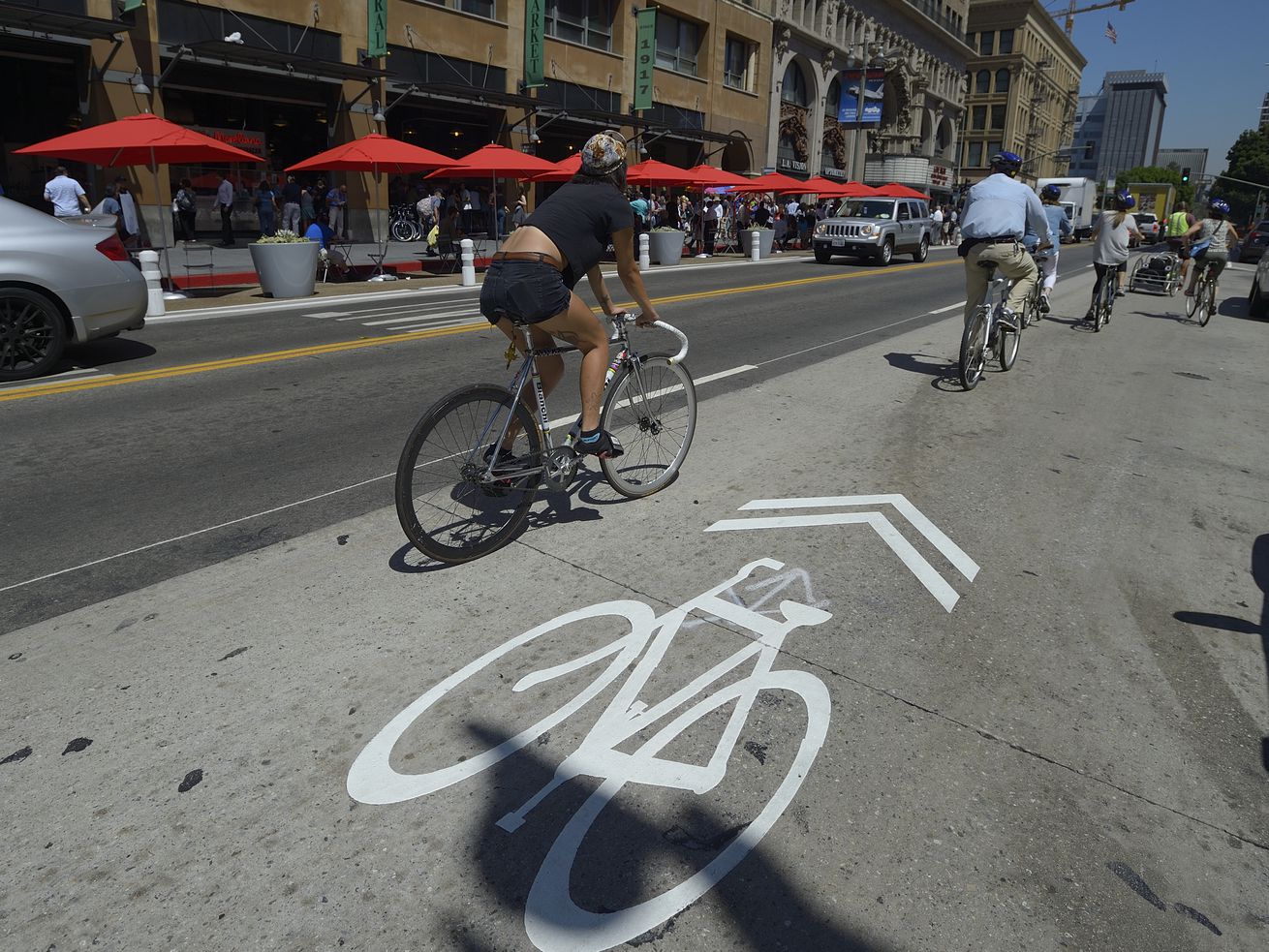 The city aims to eliminate traffic deaths by 2025, but hundreds still die each year

“We’re living through the age of this thing being the great killer,” Garcetti told reporters Wednesday. He pointed out that the number of fatal collisions is down slightly since 2016, which serves as the base year for Vision Zero, a campaign to eliminate deadly crashes by 2025.

Based on preliminary data supplied by the Los Angeles Department of Transportation, at least 495 people have been killed in collisions on LA streets throughout 2017 and 2018, the first full years of the initiative. In the two years prior, 436 people died in crashes.

“I would love to see double digit [reductions] each year, but if we’re getting between 5 and 10 percent reduction per year, within a few years you’re going to have a third cut. Keep that going, and it’s going to be a decade-long success,” he said.

The mayor also expressed support for lane reconfiguration projects, or road diets, which have become one of the more controversial aspects of LA’s Vision Zero efforts.

“I think they’re absolutely necessary,” said Garcetti Wednesday. “Where communities want to do that, I will continue to support that absolutely. I think it’s critical.”

Road diets generally involve removing one or more lanes for cars on corridors with at least four lanes. They are then replaced with center turn lanes, bike lanes, newly arranged parking spaces, or some combination of all of these. Aimed at calming traffic speeds, road diets can reduce crashes by up to 47 percent, according to the Federal Highway Administration.

But when implemented in Los Angeles, many of these projects have garnered fierce resistance from local drivers, who argue that they increase congestion and force traffic onto residential streets.

“That was the only time I’ve ever said ‘undo that,’” Garcetti said Wednesday, arguing that the project should never have been completed in the first place. “It didn’t even meet our own standards of how we do a road diet.”

The mayor was much more positive about a separate project in neighboring Mar Vista, where a 0.8-mile stretch of Venice Boulevard has been reconfigured with protected bike lanes, high-visibility crosswalks, and other safety measures.

A report on the project released last year indicated that major collisions had decreased significantly since it was implemented, but a neighborhood group appealed the project, arguing that it had worsened cut-through traffic in the area. The appeal was eventually rejected by the City Council.

Garcetti said that the city will prioritize traffic enforcement in coming years, and will install speed humps and other safety measures aimed at slowing the pace of vehicles in areas where collisions occur frequently.

“I want people’s commutes to be as convenient as possible,” he said. “But I don’t want them to be dangerous.”