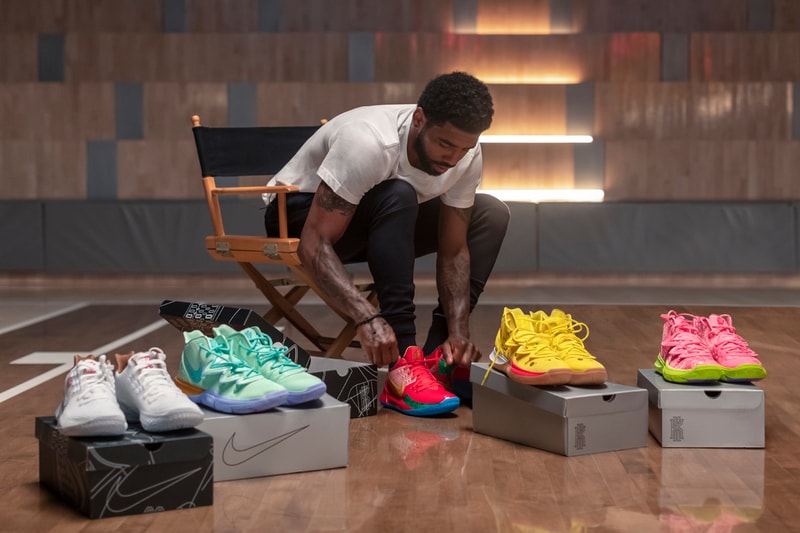 First teased by Irving himself and Tina Charles, Kyrie Irving’s forthcoming Spongebob Squarepants sneaker collaboration is nearly upon us. Encompassing five distinct colorways to represent much of the show’s main cast, the silhouettes include two of Irving’s signature models, with plenty of clever details hidden throughout.

Five of the Nickelodeon show’s key characters are reimagined atop the Kyrie 5 and Kyrie Low 2: Spongebob, Patrick, Squidward, Sandy and Mr. Krabs. Each silhouette is executed in thematic colors that evoke the distinct style of each personality, from the faux-porous upper of the "Spongebob" to the shiny surface of the "Mr. Krabs," reminiscent of the greedy crustacean’s cash stash. The "Spongebob" and "Patrick" shoes both feature "hand-drawn" character names behind the tongue — it’s fair to assume that each shoe boasts a distinctive signature of its own.

Expect the Spongebob-themed pack of Irving‘s signature shoes to hit stores in August.

Most recently, Irving used JAY-Z’s "Public Service Announcement" to help score a video explaining his move to the Brooklyn Nets.