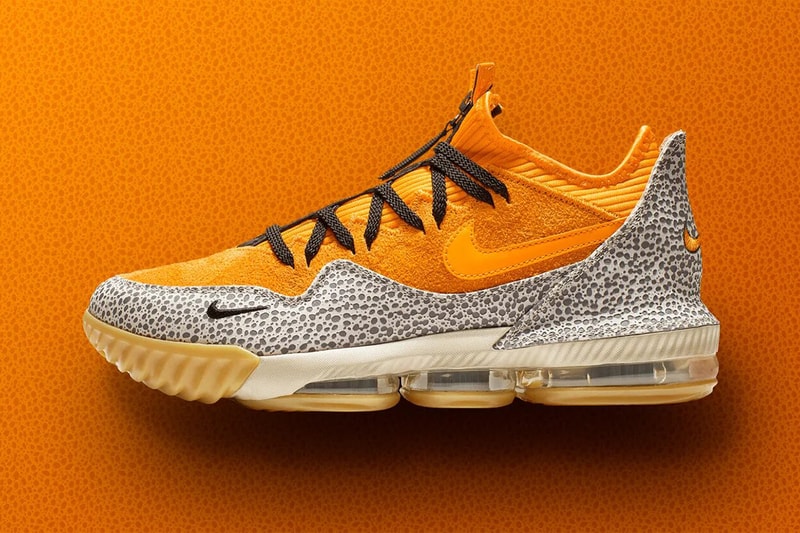 While last week starred a number of basketball-ready footwear drops courtesy of Nike, the Swoosh also had to battle with some negative press after reports surfaced identifying the Adapt BB’s malfunctioning issues with Android smartphones.

The week also saw the launch of RHUDE’s new sneaker line, a Beavis-adorning adidas Matchcourt, and the end of an era with the closing of Payless stores around the States. We also finished the week with a closer look at the Travis Scott x Air Jordan 1 Retro High OG, a sneaker that is still waiting for a proper release.

With a new week ahead of us, our weekly drop list continues as we showcase releases to look for from your favorite brands, curating the most hyped releases and strongest silhouette/colorway combinations that should not be missed. Take a look at the list below and let us know what launches you’re looking forward to. Nike’s Air Max 95 portfolio expands with a Mt. Fuji-inspired theme. The AM95’s premium makeup adds a sail-hued upper that’s joined by an eye-grabbing mix of navy and grey, mimicking the picturesque mountain.. To top things off, the Swoosh’s signature “Just Do It” slogan dominates the lateral and medial sides in a contrasting black font, while the sole unit features white, snow-like speckles, a detail that matches the dotted laces. adidas ushers in more colorways of its Nite Jogger, including "Core Black" and "Cloud White" options. Boasting reflective details throughout, each pair adds a combination of mesh and nylon ripstop materials atop a BOOST midsole. For their next installment, Nike and UNDERCOVER designer Jun Takahashi have applied a unique toggle lacing system to the Zoom Pegasus Turbo. Additionally, each reworked upper welcomes a dynamic overlay pattern with GYAKUSOU branding on the toe and Swoosh logos at the midfoot area. Reflective 3M hits framing the vamp areas complete the collaborative pairs. The revolutionary Air Jordan 1 sees a contemporary makeover exclusively for women. Shared in the iconic "Chicago" colorway, the low-cut opts for an easy access slip-on design in lieu of a traditional lacing system. Additional details include reflective accents, and the outward display of interior production tags on the tongue and heel areas. Following its debut during All-Star Weekend, the atmos x Nike LeBron 16 Low "Safari" looks to open up March with a bang. The model’s original Battle Knit exterior is swapped out for a selection of layers with the popular “Safari” print on its mudguard. Additional layers include suede and a rippled neoprene towards the ankle. The aforementioned orange upper is complemented by black accents on its laces and zipper closure. The last time adidas released a batch of Powerphase models, the silhouette was dropped under the YEEZY umbrella. Doing without the Calabasas branding, the low-cut ’80s sneaker is dressed in premium leather–in your choice of "Cloud White" and "Ecru Tint"–with subtle adidas branding on each lateral side.