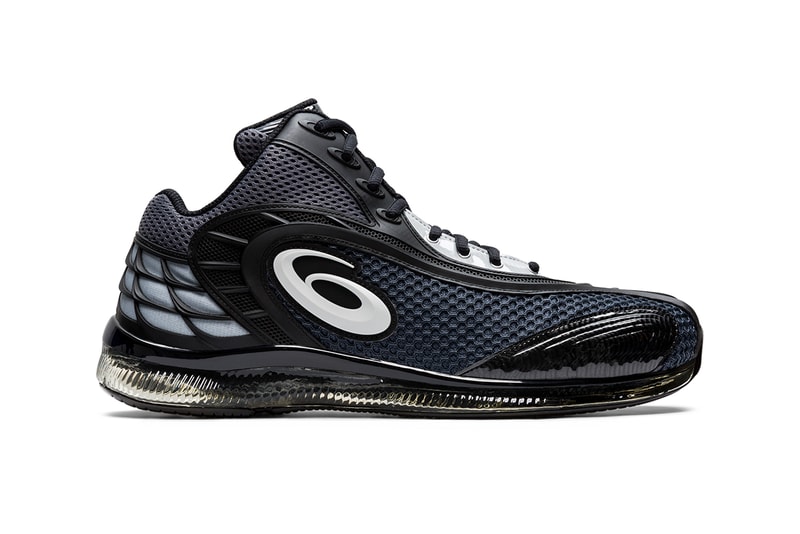 Kiko Kostadinov is building upon his Spring/Summer 2019 GEL-SOKAT INFINITY collaboration with ASICS with the release of a second iteration, dropping two pairs in "Coffee" and "Carrier Grey/Silver."

The FW19 ASICS GEL-SOKAT INFINITY II is the second iteration of this mid-2000s inspired baseball sneaker. It features a 360-degree GEL sole unit, and much like its predecessor, it features an exaggerated upper construction. Whereas SS19’s version featured an extended medial-side collar, the FW19 pair sees an extended tongue that gives the sneaker a mid-cut appearance.

Moulded PU was used around the eyelets and quarter, creating unevenness throughout the silhouette that taps even more retro design tropes. The first iteration was inspired by Tug of War games, and this time around, the GEL-SOKAT INFINITY II draws influence from the webbed heel counter of the ASICS DAN GABLE ULTIMATE silhouette, a performance-based pair used in wrestling matches.

The pair is finished with a spiraling ASICS logo on the lateral side, which channels the sleek nature of its supportive sole unit and curvaceous body. Take a look at the Kiko Kostadinov x ASICS GEL-SOKAT INFINITY II in the gallery above and pick up both colorways on August 8 worldwide at ASICS.com and stockists such as Dover Street Market.

In other news, atmos and ASICS have teamed up for the release of two breathable GEL-LYTE IIIs.