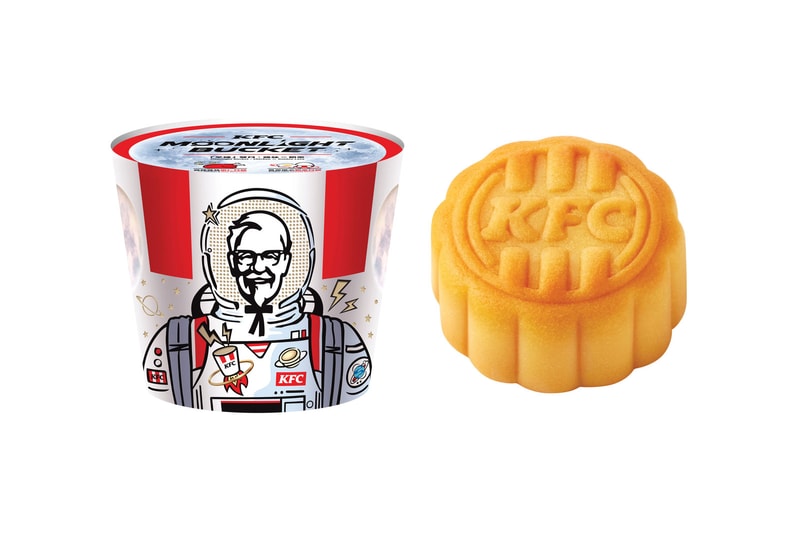 For Mid-Autumn Festival, KFC is releasing a Moonlight Bucket along with two unexpected mooncake flavors — Spicy Chicken & Nuts and Golden Lava Custard. The bucket is meant to double as a lantern that you can carry around in the evening since it emits sparks.

The Moonlight Bucket features their infamous Colonel Sanders in a space suit decked out in KFC imagery. On the sides, two windows are available for the LED lights to shine through. While the design is definitely more elaborate than its standard bucket, it’s still classically KFC. For the mooncakes, the Spicy Chicken & Nuts flavor features, nuts, almonds, sunflower seeds, peaches and spicy chicken floss. The Golden Lava Custard, on the other hand, is filled with a salted egg yolk custard.