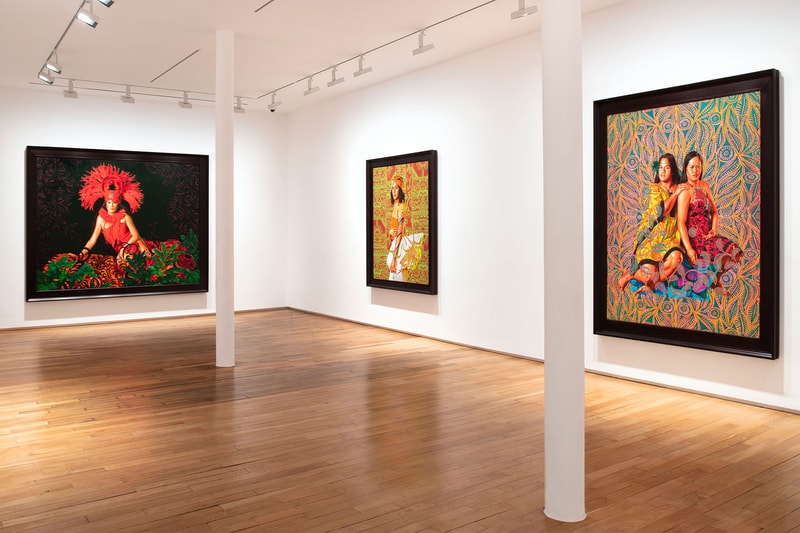 Kehinde Wiley is perhaps best known for his portrait of Barack Obama, and the American artist now has a new series of portraiture on display in Paris. Titiled Tahiti, the exhibition features depictions of Tahiti’s Māhū community, the Polynesian term for people who are a gender other than male or female.

The bold colors and settings make direct reference to the iconic works of Paul Gauguin, who first went to Tahiti in 1890. Wiley’s new series examines and celebrates the identity of Tahiti’s trans community, questioning the social construct of gender while also challenging the colonial gaze found in Gauguin’s Tahiti paintings. On display in Paris, the exhibtion also reexamines France’s own colonial legacy.

Tahiti is Wiley’s first exhibtion in Paris since his 2016 showing at the city’s Petit Palais. The exhibition at Galerie Templon will include a video installation depicting his time spent in Tahiti, in addition to the paintings. The show will remain on display until July 20.

Wiley was born in Los Angeles and has had solo exhibtions in cities such as St. Louis, New York and Brussels. His previous works have depicted subjects from around the world, focusing on the regions of North America, South Asia and West Africa. His 2018 portrait of President Barack Obama marked the first time an African-American artist painted an official U.S. Presidential portrait, and was revealed alongside Amy Sherald‘s portrait of former First Lady Michelle Obama.