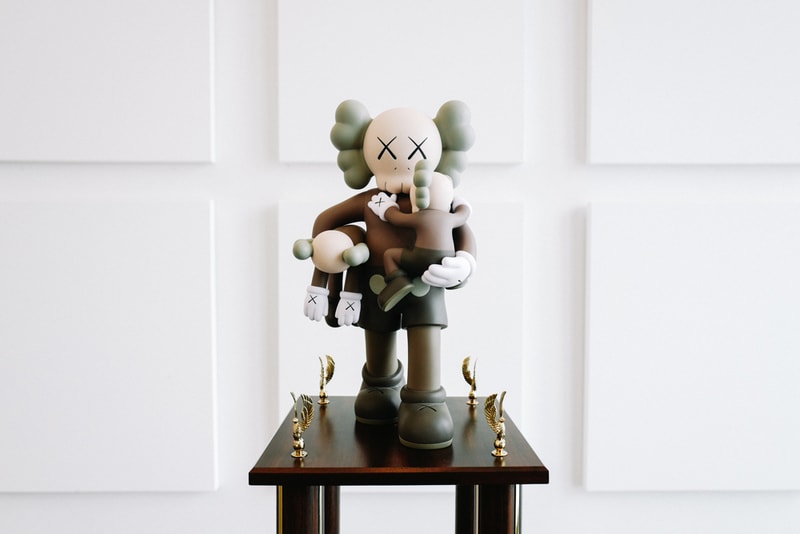 The CFDA along with event producer Susanne Bartsch have unveiled the one-of-a-kind trophies to be given out at the upcoming Love Ball III gala in New York. Six renowned artists including KAWS, Kenny Scharf and Jack Pierson created custom designs for the winners of the fundraising event, each putting their unique spin on a six-foot-tall sports trophy to be doled out at the ballroom extravaganza.

Prizes will be awarded for six categories, which include Head to Toe, Hair Spectacular, Beauty and Face, Move to the Groove, Show Stoppers, and Battle of the Legendary Houses. Each work highlights signature aspects of the artist’s work, such as the easily-recognizable KAWS edition which places his popular companion figurines along the four tiers of the trophy. Similarly, Scharf’s edition spotlights his highly-saturated style of painting through colorful patterns, while toy attachments add more fun embellishments.

Other individuals to contribute designs include Lucy Dodd, Raul de Nieves and Tony Oursler, whose creations range from a light-up trophy to a version swathed in yarns and fabric. Artists such as Keith Haring, Julian Schnabel and Francesco Clemente have been a significant part in producing the eccentric trophies since the first two Love Balls took place in 1989 and 1991.

Ballroom historian Jack Mizrahi explained: “In the ballroom community the validation of our legacy and efforts comes in the form of the Grand Prize trophy. We battle, we prepare, and we bring forth our most inner fierceness to be able to walk out of the function as the best in show!”

Love Ball III is set to take place on June 25 at Gotham Hall and will benefit the CFDA-Vogue Initiative/New York City AIDS Fund of The New York Community Trust.

In other news, KAWS and Uniqlo UT have released a capsule collection in China that sent the mall into a frenzy.