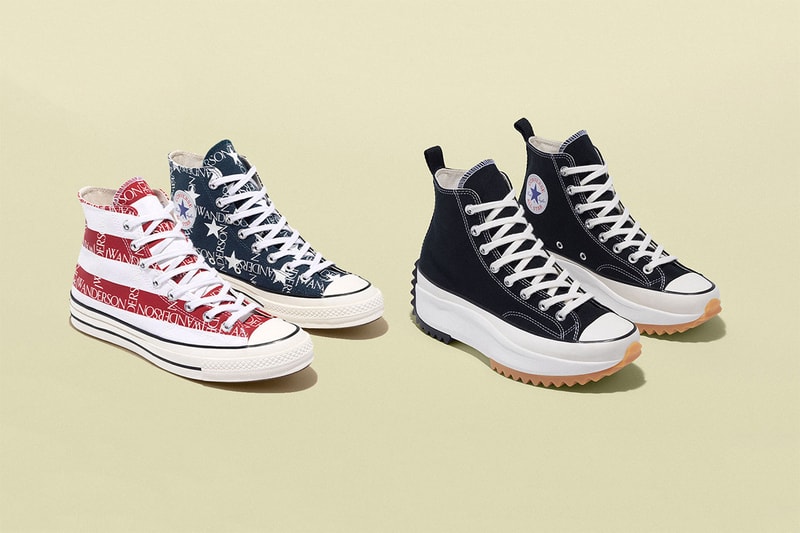 With this year’s white Run Hike already proving a fan favorite, it makes sense to pair it with the Grid ’70s, an instant hit since it launched as part of JW Anderson’s initial Converse collaboration. The Grid ’70s sports the usual all-over "JW ANDERSON" branding seen on past releases, but this pair juxtaposes the white print against an asymmetric American flag pattern. Canvas uppers sport different pieces of the flag, with the left shoe offering white-on-blue stars and the right sneaker featuring red and white stripes, with both boasting simple white laces.

The hefty Run Hike silhouette is similar to the white model, with a few modifications. Clearly, the white upper has been swapped for black canvas, with white contrast stitching and a tonal pull tab. The chunky EVA midsole is also intact, but the grippy outsole is partially different — the rear portion is now a matching black, instead of bright blue, while the gum portion towards the toe remains. Also returning is the medial side Converse branding and minute "1977" branding, a nod to the original Converse design that inspired the distinctive model.