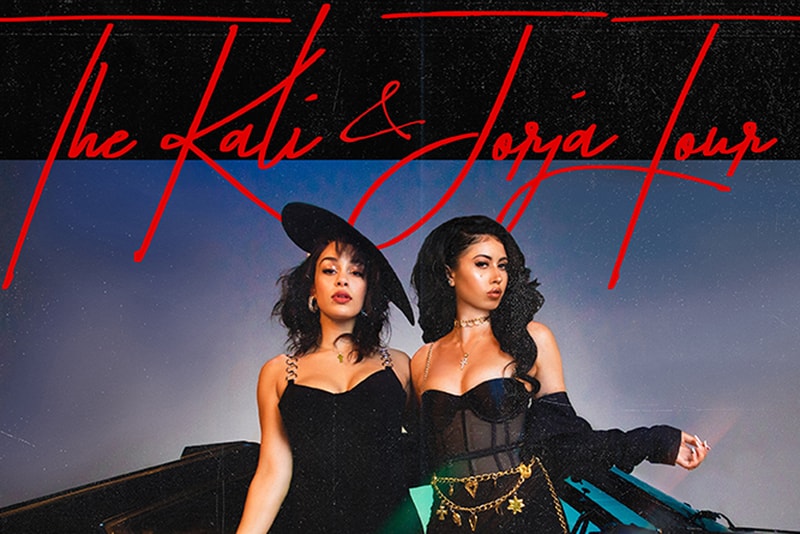 Jorja Smith and Kali Uchis have announced that they will co-headline a North American tour this spring. Entitled simply The Kali & Jorja Tour, the two singers will first head to Washington, D.C. for the concert series, which officially begins on April 28.

Along their route, Smith and Uchis will also be making stops in Philadelphia, Boston, New York, Atlanta, Miami, Houston, L.A. and Seattle, among other cities. The duo will also hit Canada during the excursion, which will include visits to Vancouver and Toronto (where the tour will conclude on May 30).

Smith will be wrapping the tour right in time for her Governor’s Ball Music Festival appearance, where she is scheduled to perform on May 31. The British R&B songstress recently picked up her first Grammy nomination in the Best New Artist category at the 2019 show. Though she didn’t claim the accolade, in 2018 the singer was the BRITs Critics Choice winner and sold out her EU/North American tour after releasing her debut album, "Lost & Found."

Uchis also dropped her first studio album "Isolation" last year, in which the co-headliners had collaborated on Uchis’ track "Tyrant." The American-Colombian artist, who nabbed her first Grammy nomination at its 60th annual event, will also shift into outdoor festivities after the tour. Paris’ We Love Green Festival released its line-up today, in which Uchis will be taking the stage on June 2.

Pre-sale tickets for select venues will go on sale beginning February 13 at 10 a.m. local time. General tickets will follow starting on February 15. Purchases can be made on both JorjaSmith.com and KaliUchis.com.