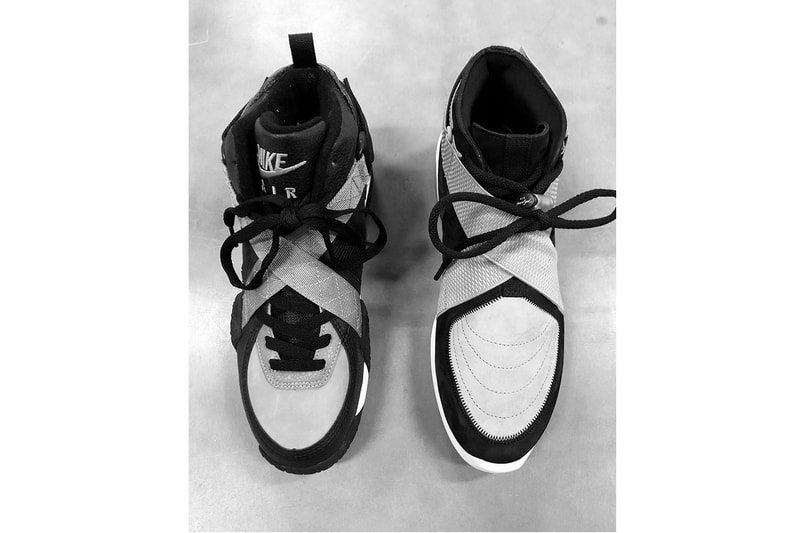 The American fashion and sneaker designer took to his Instagram account to unveil the new collaborative pair done alongside the sportswear giant. Dressed in a grayscale color palette, the new model pays homage to the 1992 Nike Air Raid, seeing as the same forefoot strap has been integrated into its body. The new silhouette also incorporates a mid-top construction and padded collar, giving its wearer a secure fit. Most noticeably is the sole unit, taking on Lorenzo’s original one-piece styling injected with an Max Air unit.

So far no other details have been shared by Lorenzo, but keep it locked here for an official announcement on the pair seen above.

Earlier this month, we were given an official look at the Nike Air Fear of God 180 “Light Bone.”