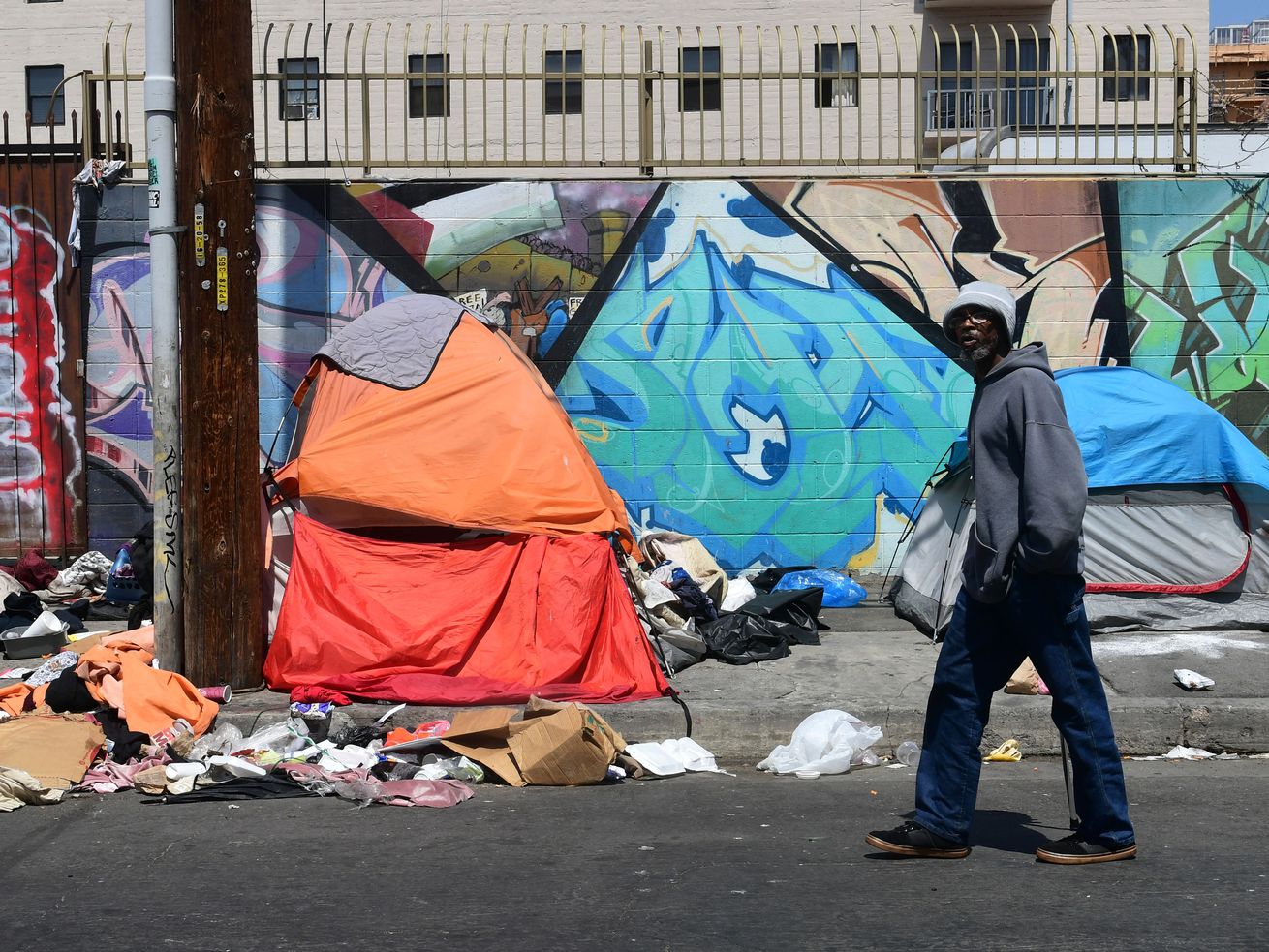 In the city of Los Angeles, homelessness rose 16 percent

In spite of ramped up efforts across Los Angeles County to combat homelessness, the number of people living without permanent shelter jumped 12 percent this year.

That’s according to the results of an annual count conducted in January, which the Los Angeles Homeless Services Authority announced this morning.

The agency estimates that at the start of the year, just under 59,000 county residents were experiencing homelessness—up from 52,765 in 2018.

LAHSA director Peter Lynn said Tuesday that even that total captures only those without housing on a given night. He explained that more than 100,000 people were likely unhoused at some point in the year prior.

“It is heartbreaking on a personal level,” says Elise Buik, president of the United Way of Greater Los Angeles, which has been a strong advocate for greater investment in homeless services.

“We are putting more dollars and resources into units [of affordable housing], and my hope is that as they come online, we will start to make a dent in these numbers,” she tells Curbed.

The city of Los Angeles saw an even more dramatic increase of 16 percent since last year, and LAHSA calculates that 36,300 people are now experiencing homelessness within city limits.

Throughout the LA region, roughly 75 percent of those experiencing homelessness lack shelter and are relegated to sleeping in vehicles, makeshift encampments, and on streets and sidewalks.

The spike in homelessness is not unique to Los Angeles. Across Southern California, counts undertaken this year have revealed dramatic increases in the number of people without permanent housing: 22 percent in Riverside County, 23 percent in San Bernardino County, 28 percent in Ventura County, and 43 percent in Orange County.

Lynn said Tuesday that without programs in place at the city and county level, LA’s numbers would have been much worse.

According to LAHSA, nearly 22,000 people were placed into housing through local initiatives last year, a 23 percent increase from a year earlier.

In 2016, city of Los Angeles voters approved a $1.2 billion bond measure to finance 10,000 units of affordable housing with on-site services for homeless residents with disabling conditions.

Buik says it will take a while for those investments to fully pay off, but that she’s optimistic that the tides may soon turn.

“We didn’t get into this issue overnight and we won’t solve it overnight,” she says.