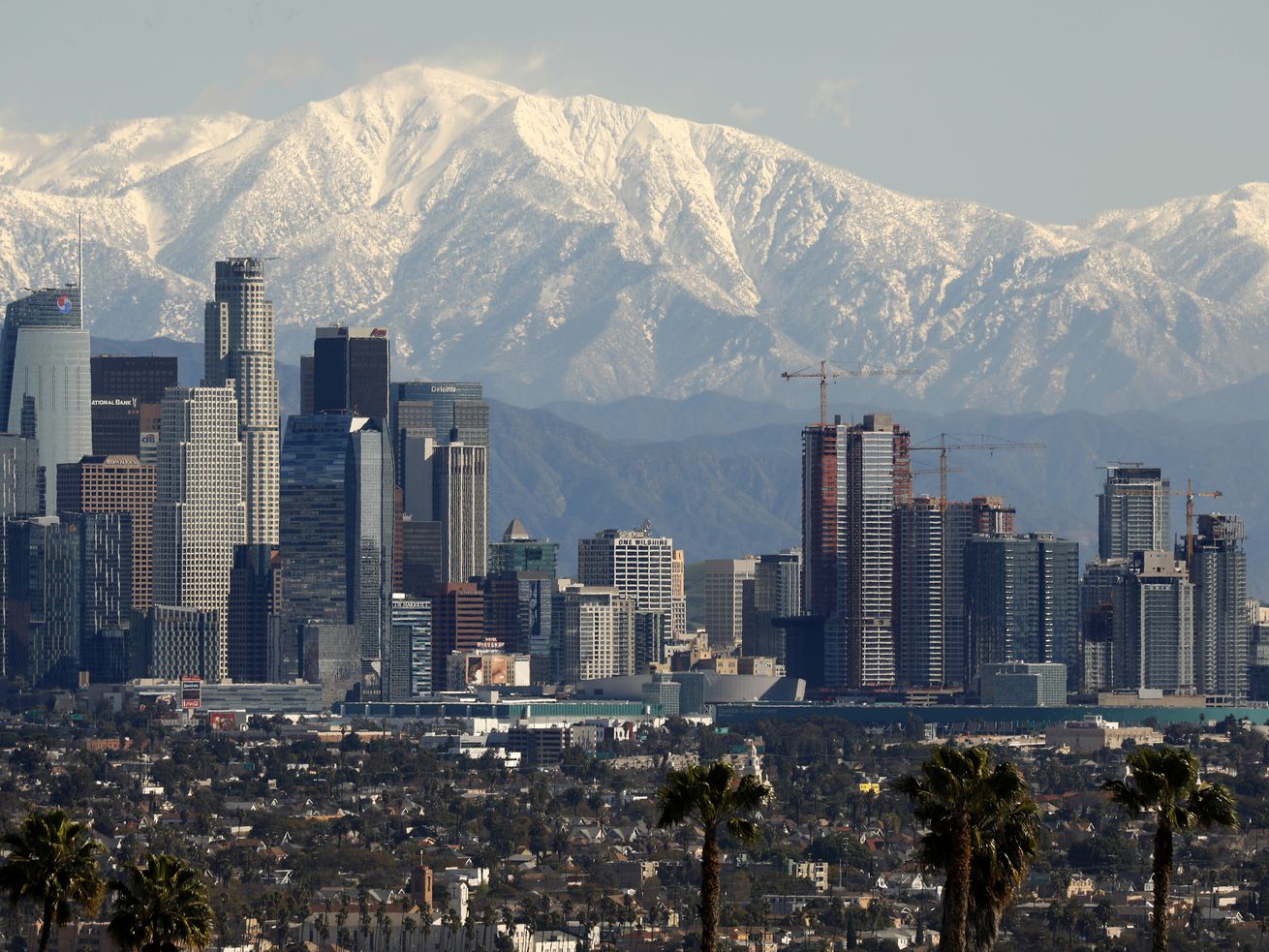 Snow is falling on the mountains, and California’s reservoirs are filling up

A week of rain—and snow at higher elevations—have nearly washed away drought conditions across California, according to report released today by U.S. Drought Monitor.

Just a week ago, nearly one quarter of the state, including all of Los Angeles County, was experiencing “moderate drought” conditions. As of Tuesday, that share had fallen to just 10.6 percent, and LA’s drought level was downgraded to “abnormally dry.”

Right now, the driest parts of the state are at the northern and southern extremes. San Diego County remains in “moderate drought” conditions.

“Though this area has received surplus precipitation for the water year to date, several reservoirs have failed to significantly respond, remaining at or near their lowest levels in at least a year,” says meteorologist Richard Tinker says in the Drought Monitor report.

Before 2017’s exceptionally wet winter, California had been mired in a years-long drought that left most of the state parched and elected officials scrambling to ensure drinking water wouldn’t run out.

Last year, after below-average winter rainfall, drought conditions began to return. At the start of the current water year (October 1), nearly half of the state was in moderate, severe, or extreme drought.

Weeks of rainy weather have changed that picture dramatically. Most of the state, including Los Angeles, however, is still abnormally dry.

Fortunately, precipitation in the last month has replenished the most of California’s largest reservoirs. Six of the 12 reservoirs tracked by the California Department of Water Resources were filled to above average levels Wednesday, and both Lake Perris (in Riverside County) and the San Luis Reservoir (southeast of San Jose) are at nearly 90 percent of capacity.

Snowfall will also bolster the state’s water supply. Snowpack is above the historical median at nearly all of the state’s major mountain peaks. Precipitation is only lagging in the Klamath Mountains, close to the Oregon border, according to the Natural Resources Conservation Service,

The difference is clear even in aerial photographs. Compare the two satellite images above. The one on the left was taken New Year’s Day, while the much greener image on the right is from Tuesday.

Southern California could get more wet weather this weekend, according to the National Weather Service. A pair of small storms is expected to bring light rain to the Los Angeles area Friday night and Sunday morning,