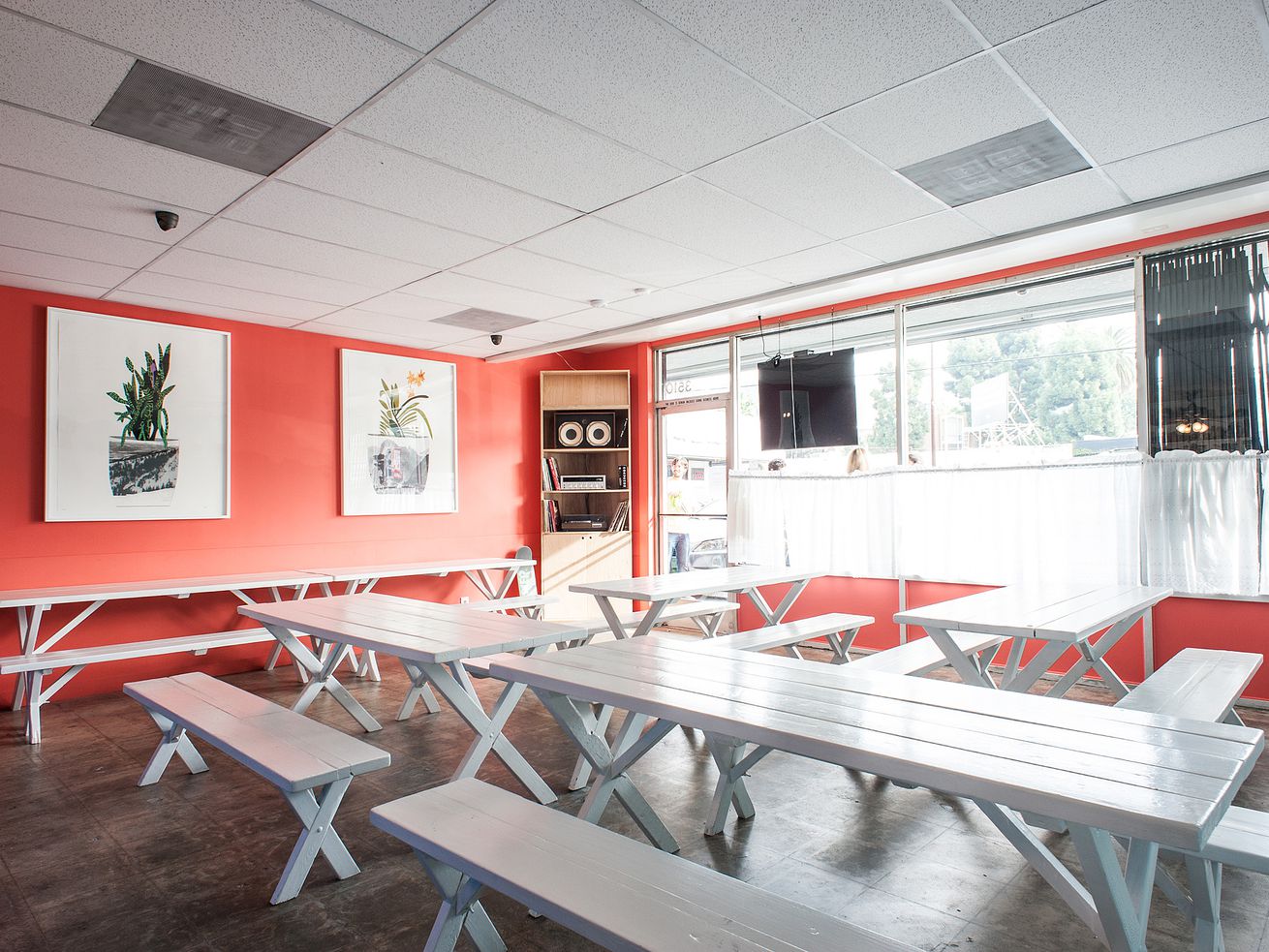 Plus love for Basque food, and a look at Melisse under construction

So now it looks as though chef Javier Ramos won’t be cooking at the former Trois Familia space in Silver Lake after all. Despite Jon & Vinny announcing plans to shift the property to Ramos for a spot to be called El Vy, the LA Times is now reporting that the deal has fallen through, and Trois Familia will be sold off to some other operator. Ramos, for his part, is keen to open his own place somewhere nearby, eventually.

Meanwhile, Adam Roberts of the Amateur Gourmet has words of love for the quesadilla at Salazar, calling the simple dish “mind-blowing” in a new blog post.

Here’s a sneak peek at what the inside of Melisse looks like as it undergoes a massive overhaul out in Santa Monica. There’s still quite a bit of work to be done.

Today is @melisserestaurant 20th anniversary. We are so thankful for the years of support from our customers and all the employees who helped us creat memories for all that walked through our doors. I am so excited for what is to come and looking forward to creating another 20 years of memories. A special thank you to @ktmelisse for being by my side for the last 18 years #inpursuitofexcellence

Over in Mar Vista, East West Bank’s own lifestyle blog has found a lot to enjoy at Little Fatty. The casual Taiwanese spot from chef David Kuo apparently hits all the right tasty and Instagrammable notes.

Rapper DMX has reportedly been cleared in an odd case involving a stolen Corvette. Apparently DMX and a friend took off from the STK valet in West Hollywood back in March without realizing that they had gotten into the wrong car. When the rightful owner came out looking for his ride and found it missing, he reported it stolen. The whole thing has since been cleared up, says TMZ.

Last of its kind

Los Angeleno has a stirring story out about Centro Basco, the so-titled “last Basque restaurant in Southern California,” which still survives out in Chino.

Responding to the critics

Hollywood restaurant L’Antica Pizzeria da Michele responded back to critics last week following a couple of negative reviews, most prominently one from the LA Times. Check out the full note below.

Our approach at da Michele when receiving a review, be it positive or negative, is to stand behind our team and defend the food and the concept 110%. In the past week two publications in Los Angeles have negatively reviewed da Michele, in which they criticize our restaurant and cuisine. Our team has poured blood, sweat, and tears into building this restaurant, doing most of the construction and design on our own. As a child growing up in Naples, I went to da Michele almost daily. Bringing this pizza to the U.S. was a dream of mine, and after living in Los Angeles for 17 years, it finally came true with the help of many talented individuals, who also helped make da Michele home to 50+ employees who work with us. The Eat Pray Love reference brings joy and nostalgia to both guests and team members and should not be held against them. Not everyone can visit the original location in Naples, this is the main reason I wanted to open in the U.S. Da Michele Los Angeles blends together my Naples roots, and my 17 plus years living in Los Angeles. Using the exact recipe, oven, and imported ingredients used since 1870 in Naples, we’re extremely proud of the pizza and cuisine we create every day. What we don’t respect is the disdainful critiques of our group of talent, who have gathered all their resources, love, and passion to make da Michele what it is in Los Angeles. Our biggest hope is that you decide to come in and make your own decisions about the restaurant that we’ve built and call home. – Francesco Zimone (owner)