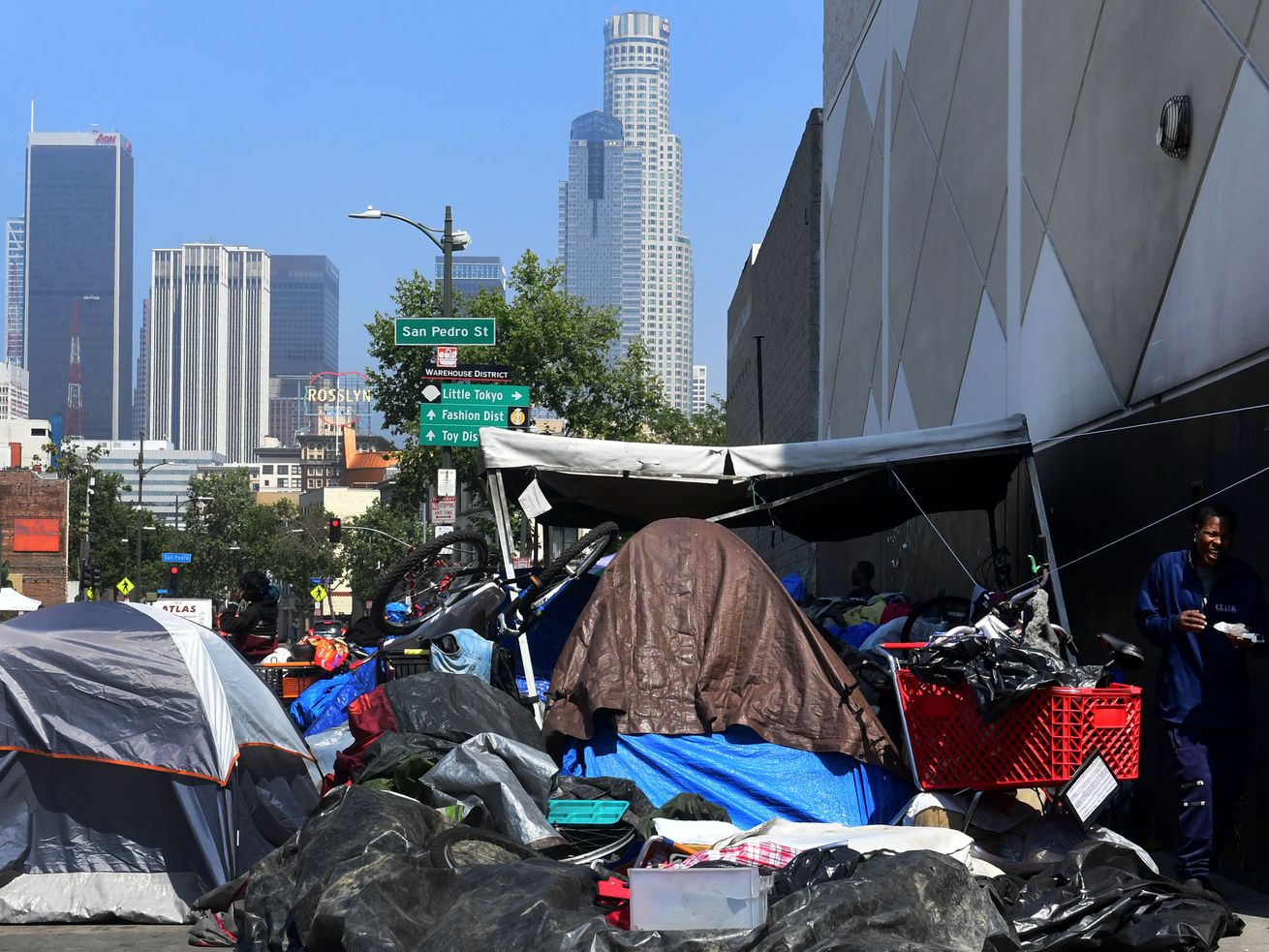 With homelessness on the rise in LA, officials recommend adding public bathrooms countywide

The neighborhood-wide inspection came in response to “recent health concerns” in an area that’s home to the city’s largest concentration of unhoused residents, according to the Department of Public Health.

Last year, the department declared an outbreak of flea-borne typhus in the Downtown area, where trash frequently piles up in streets and business representatives and local officials say illegal dumping is rampant.

Mayor Eric Garcetti last week called for a crackdown on Los Angeles businesses that don’t have contracts with a city-selected trash hauling service. He also promised to install new surveillance cameras at common illegal dumping sites and to ramp up city inspections.

“Our streets are not dumpsters,” the mayor said in a statement. “Every Angeleno should take pride in how LA looks, and each one of us has a responsibility to keep our city clean and safe.”

According to the public health department, violations spotted by inspectors included “overflowing dumpsters, trash strewn alleys and streets, and rodent burrows.” County officials also suggest that some businesses are illegally dumping in the area, using large homeless encampments as “cover.”

Department staffers will be back this week to ensure cited businesses are taking steps to address these issues.

Meanwhile, public health officials have a series of recommendations for cities where clusters of homeless encampments can be found. Those include making clear plans for garbage removal, regularly cleaning up human waste, and providing accessible toilets—something Los Angeles officials have struggled with in the Downtown area and beyond.

A 2017 report from the Los Angeles Central Providers Collaborative, a group of Skid Row residents, stakeholders, and advocates, found that the neighborhood would need an additional 80 public toilets to give homeless residents the same bathroom access required in United Nations refugee camps.

Since then, city leaders have rolled out restrooms and showers at a Skid Row facility called the ReFresh Spot. Homeless activists say the bathrooms fill up quickly, and plans are now in the works to expand the program into a larger location.

In a letter sent to residents earlier this week, Garcetti promised to ramp up efforts to distribute showers and bathrooms accessible to homeless residents citywide. Still, local leaders have struggled to find sufficient funds for the bathrooms, as the Los Angeles Times reported Monday.

A proposed budget for the coming year includes more than $10 million set aside specifically for bathrooms in Skid Row, Venice, and other areas. A report from the city administrative officer indicates that the cost of a single mobile bathroom comes to more than $300,000 annually, when the price of staffing is included.