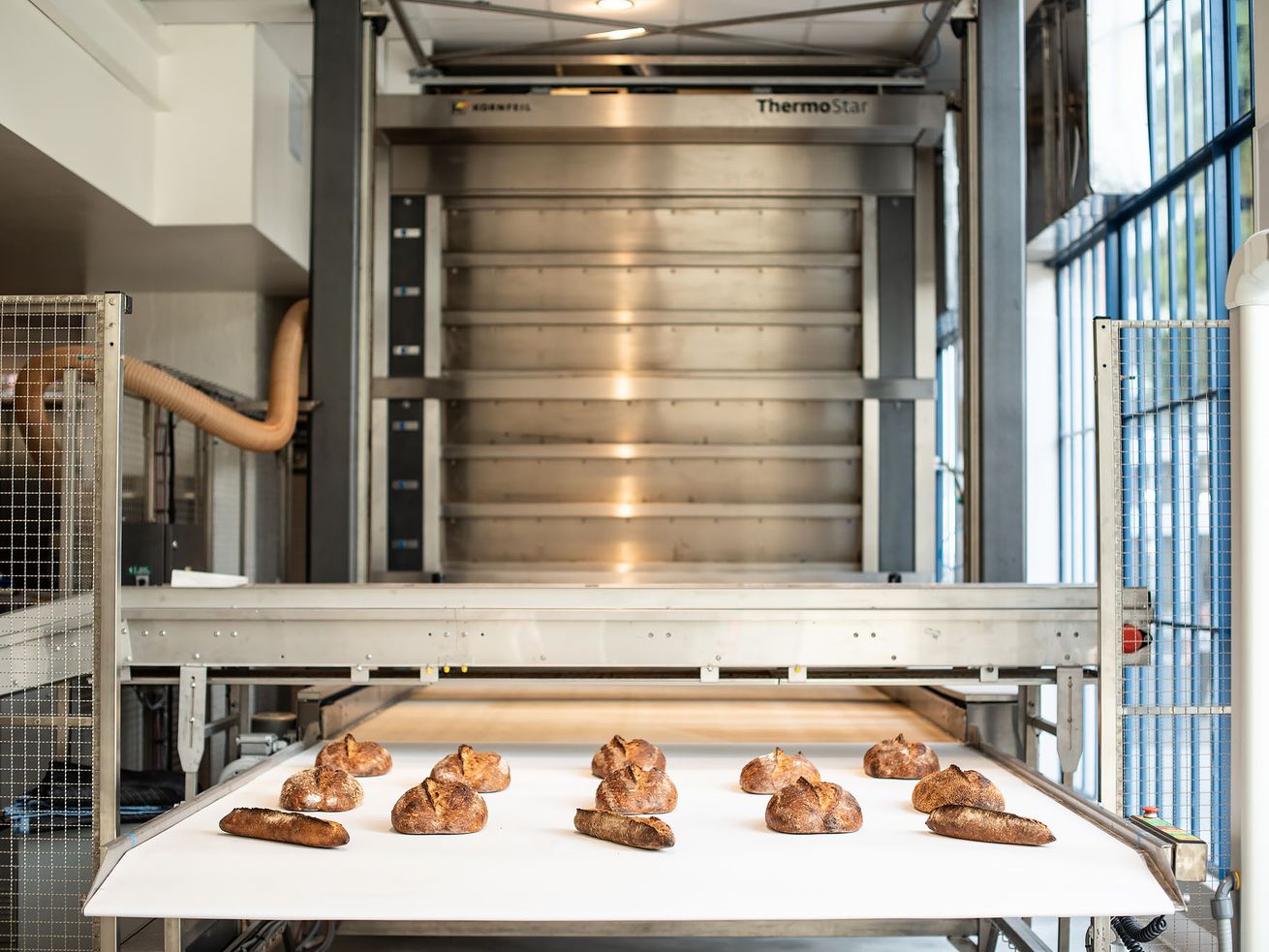 The Tartine team and Chris Bianco have arrived in Downtown LA

After literally years of anticipation, LA’s very own Manufactory is here, opening tomorrow evening. Much like the San Francisco original, this Downtown behemoth spans tens of thousands of square feet of retail, wholesale, and prep space, selling everything from takeaway coffee and pastries to daytime cafe staples from Tartine’s Chad Robertson and Liz Prueitt. There’s a retail section, room for takeaway goods, and pseudo-flatbread pizzas from master pizzaiolo Chris Bianco out of Phoenix. Dinner at attached-but-separate restaurant Alameda Supper Club will bring a different mood next month, including outdoor patio space and a bar that looks to the sky, but for now it’s all sunshine and bread loaves, because the Manufactory opens tomorrow night.

As previously noted, this new Manufactory is meant to be a planted flag for Tartine, Bianco, and restaurant group partner Bill Chait. All three have more projects in the pipeline around the city, including upcoming Tartine standalone cafes in Silver Lake, Santa Monica, and Hollywood, but the Manufactory at the Row in Downtown is the biggest piece of the puzzle. All in, the 40,000 square foot giant spans two floors and will supply copious amounts of coffee, breads, and pastries to the group in Southern California, while also allowing for nearly around-the-clock on-site service, starting with the early morning takeaway window that opened last week.

It will take time to get the whole machine up to speed, though, so don’t expect anything fully operational when dinner rolls out tomorrow night. Soon enough the first restaurant, named Tartine Bianco, will move to breakfast and lunch service as well, and the associated marketplace will fill to the brim with salads and hot items for takeaway, plus retail kitchen staples like Bianco’s own tomato cans. Alameda Supper Club will come in March (with its own set of interior photos), while the coffee continues to roast and the bread continues to bake.

It’s probably better that way, actually. This is one of the largest restaurant footprints to land in Los Angeles in a long time, and no one person could be expected to soak it all in right away. Plus, Tartine and Bianco plan to be around for quite some time, so really there’s no need to rush — just sit back and enjoy the smells of freshly-baked bread and the sounds of a crackling dinnertime hearth. They’re signifiers of one very important fact: LA’s very own Manufactory is here.

The Manufactory’s daytime walk-up window is open now, starting at 7 a.m., while dinner at Tartine Bianco starts tomorrow night at 5 p.m. The marketplace and Alameda Supper Club will roll out in the coming weeks.

Cocktails from the Tartine Bianco bar