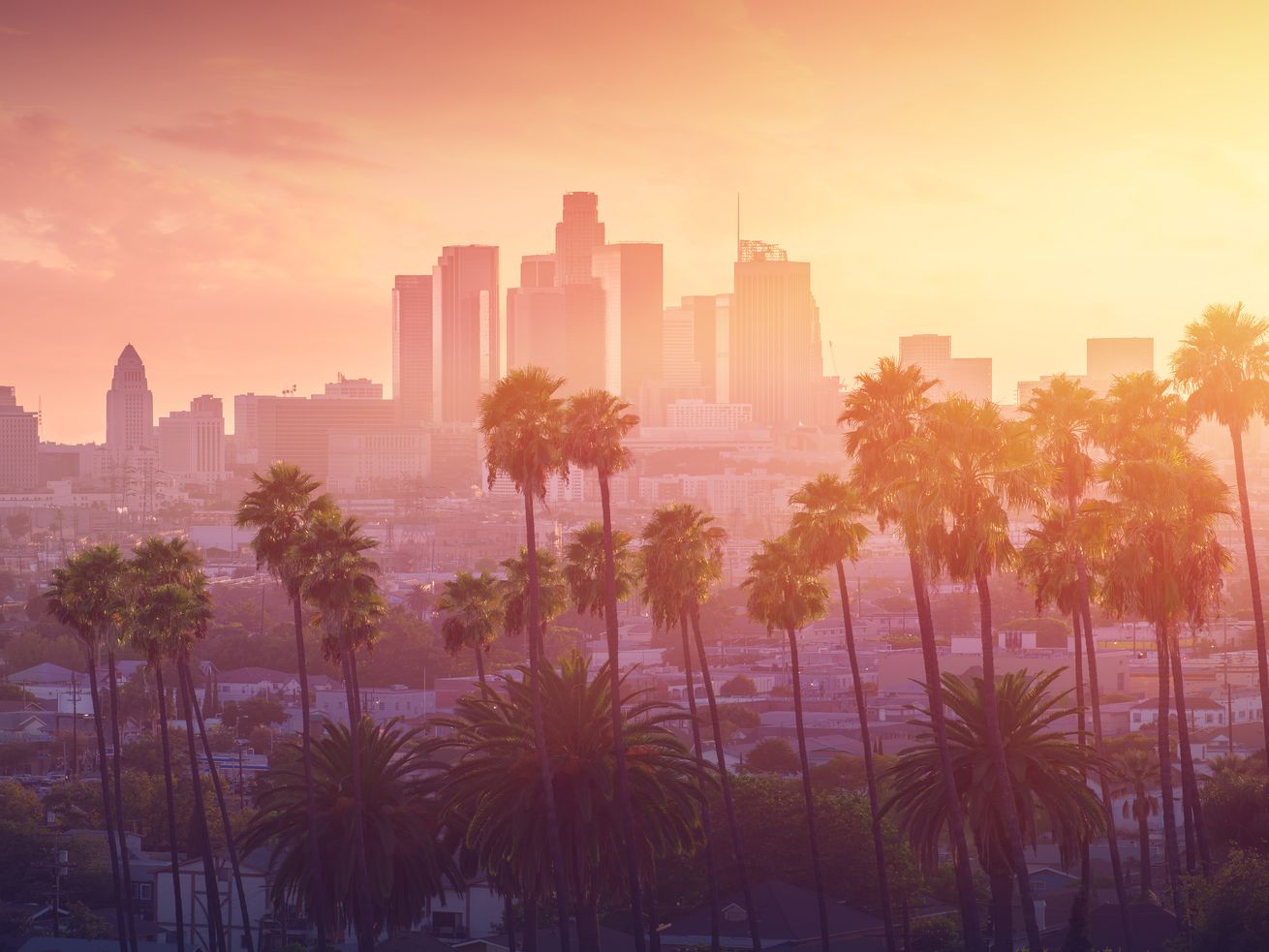 On September 27, 2010, it was so hot that the National Weather Service’s high-tech thermometer in Downtown LA stopped working.

Temperatures in the area climbed to 113 degrees that day, breaking an all-time record set two decades earlier, in 1990. Then, the weather service’s official weather sensor at the University of Southern California campus went offline.

“It was an electronic failure, exacerbated by the heat,” says Weather Service meteorologist Joe Sirard.

It took exceptionally high temperatures to bring the system down. In more than 140 years of record-keeping, Downtown LA has been hit with temperatures above 110 only twice.

But, along with the rest of the world, LA’s climate is changing.

A Washington Post analysis released last week found that average annual temperatures in Los Angeles County rose 2.3 degrees celsius—or 4.1 degrees Fahrenheit—between 1895 and 2018. LA is one of 71 counties nationwide where temperatures jumped more than 2 degrees celsius during that time—a threshold that climate scientists have warned could be disastrous on a global scale.

The warming isn’t slowing down. By 2050, the number of days per year when temperatures in the Downtown area climb higher than 95 degrees could nearly triple, according to UCLA study released in 2015.

The magnitude of maximum temperatures on those days is also expected to increase, meaning local temperature records could fall much more regularly within the next few decades.

That doesn’t mean that Los Angeles won’t have stretches of mild weather, like those seen this summer. This year, July was 4 degrees cooler, on average, than July 2018. But in the future the frequency of blistering heat waves is likely to rise, and that could have serious consequences.

Prolonged periods of high heat place stress on the human body as it labors to maintain a consistent temperature. That can prove fatal, particularly for older adults, children, and those with chronic medical conditions. According to the Centers for Disease Control and Prevention, heat waves typically kill more Americans each year than any other natural hazard.

Parts of Southern California are already routinely scorched by the kind of severe heat waves that afflict the Downtown area only a few times per year. The authors of the UCLA study found, for example, that the San Gabriel Valley now experiences about 32 extreme heat days per year—far more than the six or so that generally hit Downtown LA.

In 2006, temperatures in Woodland Hills eclipsed 100 degrees on 21 consecutive days, reaching 119 degrees on July 22—the hottest temperature ever recorded within LA city limits. The heat wave was eventually linked to more than 350 deaths across Southern California.

Residents of the San Fernando and San Gabriel valleys will likely continue to weather far more extreme heat days than those living in the LA Basin in coming decades.

By 2050, the San Gabriel Valley is expected to warm to temperatures higher than 95 degrees on 62 days per year, meaning residents must endure a full two months of deadly heat (a similar projection for the San Fernando Valley wasn’t included in the UCLA study).

Santa Monica residents, on the other hand, will probably experience only a single day of extreme heat each year. In Downtown LA, 16 extreme heat days are expected by 2050.

Still, George Ban-Weiss, assistant professor of civil and environmental engineering at USC, says that the rare heat waves that drive Westside temperatures into triple digits could be even more concerning than season-long heat spells in other parts of LA.

“In some respects, people on the east side of the basin are more used to really hot days, so they might be less vulnerable to an increase in [extreme temperatures],” he says. “Areas on the Westside, or even Downtown—there are far less people with air conditioning, and in some parts there are very vulnerable populations.”

More weather events like the one that broke Downtown LA’s temperature record could be particularly dangerous. On that day, the densely populated central city was the hottest part of LA County—with temperatures on the Westside rising to unprecedented levels.

“This was an exceptionally rare event,” Sirard says.

The Los Angeles Basin typically stays cooler than the San Fernando and San Gabriel Valleys during a heat wave due to its proximity to the ocean. But Santa Ana winds can counteract this dynamic, blowing toward the Pacific and heading off sea breezes and marine layer that could otherwise keep temperatures in check.

Even coastal areas were scorched on that September day. Santa Monica reached an all-time high temperature of 103 degrees. It was one of just four times in the last 20 years that triple-digit temperatures were recorded in the beachside city.

The blazing hot temperatures that month persisted for about four days, after which Downtown temperatures fell into the lower 90s, with nighttime lows around 70.

When temperatures drop during the evening, it gives people’s bodies a chance to recover from the stress of an exceptionally hot day. But when the mercury remains above 80 degrees after the sun goes down, the prolonged impact of those high temperatures takes its toll.

Ban-Weiss says much of his work is helping cities like Los Angeles prepare for more days, and nights, of extreme heat in the not-too-distant future.

One way to do that is to ensure as many residents as possible have access to air-conditioned cooling centers where they can escape high temperatures and stay hydrated. Another is to counteract the heat-soaking effect of urban environments.

In Los Angeles, Mayor Eric Garcetti rolled out a plan last year to plant trees, install “cool” roofs, repave streets with solar-reflective pavement, and take other steps to reduce the urban heat island effect that contributes to higher temperatures within the city than in less urbanized areas nearby.

Ban-Weiss says that if the plan is successful, it could mitigate the effects of climate change—but it won’t be enough to keep LA from heating up with the rest of the world.

“They know they’re not going to be able to reduce absolute temperatures,” he says. “Really what they’re doing is slowing warming.”

Ready or not, the heat is coming.