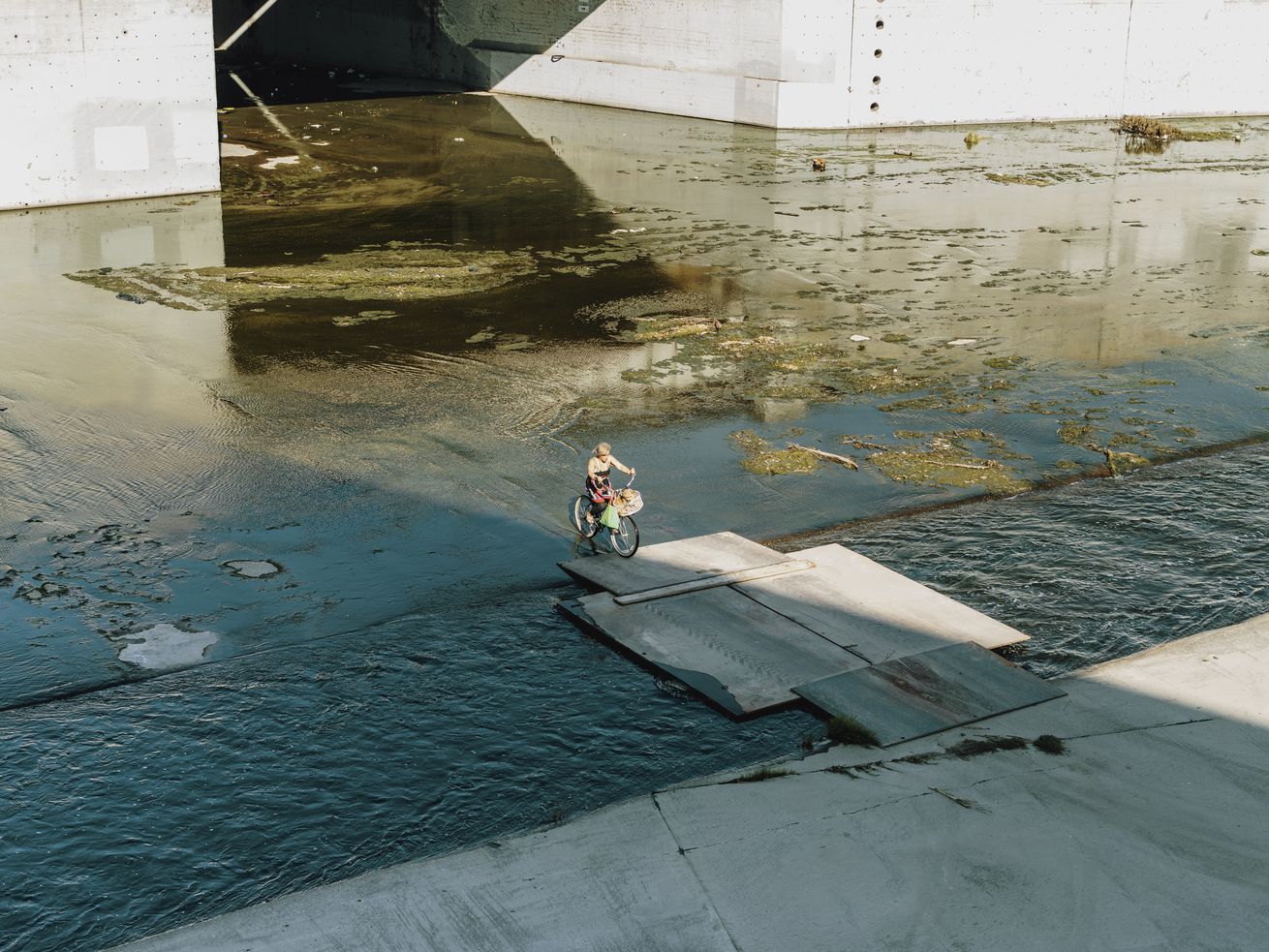 Like many who move to Los Angeles, photographer Mathew Scott was not really aware of the Los Angeles River beyond what he’d seen in movies like Grease, which used the concrete flood channel as a racing strip.

But five years ago, when he moved to Northeast Los Angeles, he started seeing all the different ways residents who lived around the 51-mile-long, mostly concrete-covered channel interacted with the river. He became fascinated.

“It’s like a post-apocalyptic, overgrown jungle,” Scott says. “And people just kind of casually use it” to hang out, fish, exercise, recreate, or live in. It made him want to make an effort to explore the river, and document the way it’s experienced by most Angelenos.

In an ongoing photo series shot mostly on film, Scott does just that. He’s captured people relaxing along its steep concrete banks, impromptu structures built for crossing the water, and the thick vegetation that makes parts of the river lush and green.

A 2015 photo of a couple seated in the paved channel, kissing, was one of the first in the series and was integral in helping him realize that the river was something special for many Angelenos. “It made me realize the river was more than a forgotten [area]… this is part of people’s lives, their story,” Scott says.

The river also helped Scott learn more about the city. With some exceptions, the river’s more than 50 miles tend to wind through neighborhoods that offer a more nuanced and dynamic view of LA. Scott found that exploring the river’s lengths “really breaks the stereotypes of what someone from Portland, Oregon thinks” when they think of Los Angeles: Hollywood, Santa Monica, the beach, the entertainment industry, he says.

There are a number of changes headed for the LA River, from new bridges large and small to a slew of new developments slated to rise alongside it. Scott says his goal is partly to preserve the way people engage with the river now, but also to capture “the process of what [the river] turns into.”

For more photos of the LA River, see Scott’s website.