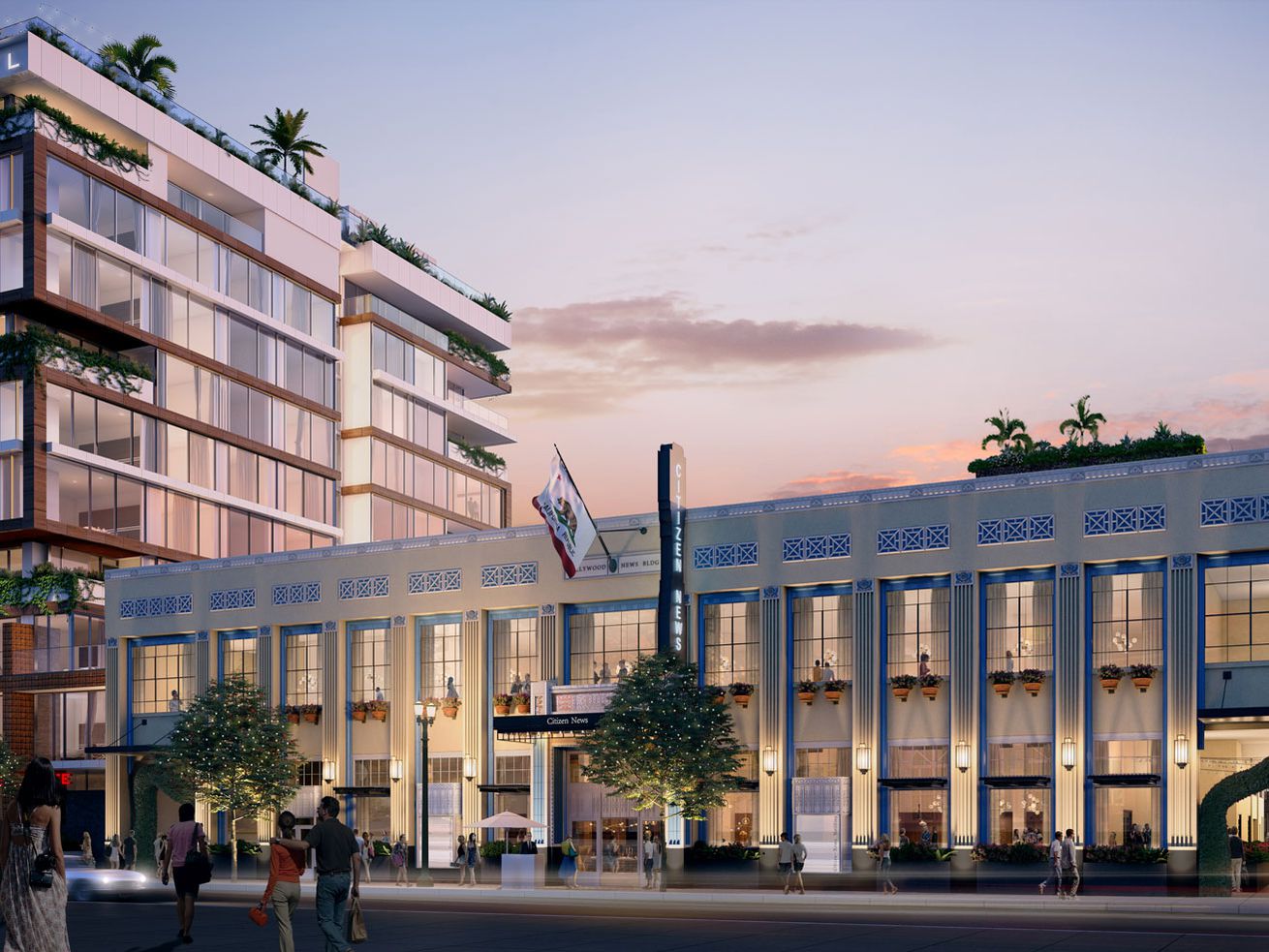 A historic Art Deco building on Wilcox and Selma in Hollywood could be transformed into a food and entertainment space, planning documents show.

The two-story building once housed a newspaper of the same name. The Citizen-News was once the fourth largest paper in the city, and had a reputation as “a progressive voice that campaigned vigorously” against social injustice and police corruption, according to an historic evaluation report prepared for the city planning department.

The handsome building, which was constructed from 1930 to 1931, features geometric exterior motifs, decorative metal elements, hanging pendant-style light fixtures, and intricate metal staircase railings, all of which are still intact. The Citizen-News building was named a historic-cultural landmark by the city in December.

The Citizen-News building is on a block in flux. It’s sandwiched between Mama Shelter, the laid-back cool French hotel that opened three years ago, and the under-construction Thompson Hotel, another Relevant Group-developed project that’s slated to open this year.

Nearby, at the northeast corner of Wilcox and Selma, a 114-room hotel is planned. Also on the on the eastern side of Wilcox and Selma is the two-year-old Dream hotel and a crop of restaurants and club and nightlife spaces that opened as part of the project.