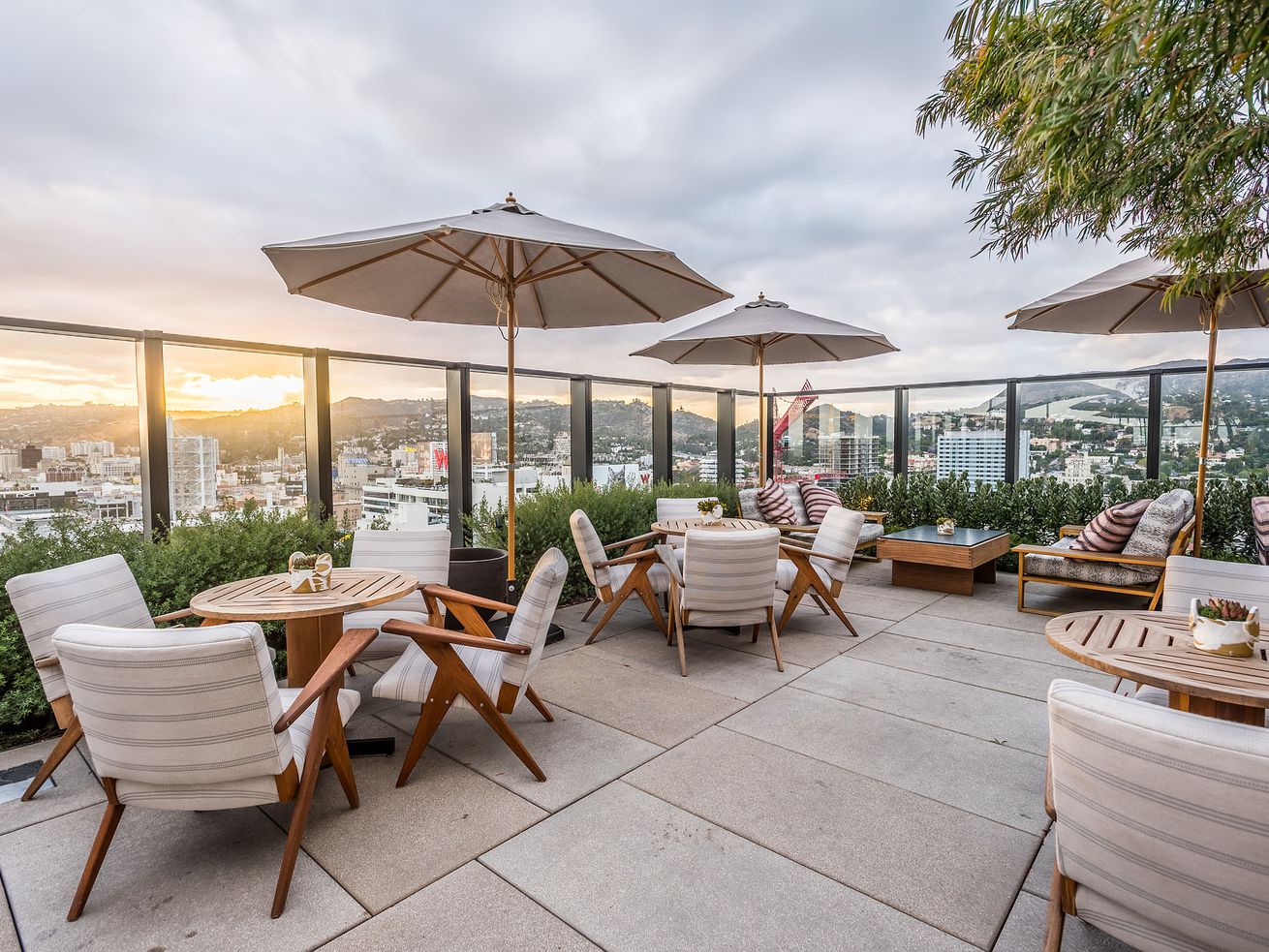 Hollywood has a new rooftop bar and restaurant contender, just in time for the (hopeful) start of the sunny season. The brand new spot is called Sorra, and it lands just about a block off the Walk of Fame.

Not be confused with Downtown’s similarly named sky-high sushi bar Sora, this Sorra sits atop the former Hollywood Proper Residences (now rebranded as The Residences at Columbia Square) on El Centro. The restaurant takes over for the shuttered Filifera, which first opened back in 2017, but closed February 1.

On property is chef Chris Ono, who previously worked at Esters in Santa Monica and Gesso on Fairfax. Ono also spent time at Eleven Madison Park and Providence, and is doing a bit of Japanese-Mexican small bites crossover in the kitchen. The space has a very Tulum-y, Riviera-esque vibe, with Ono offering everything from Baja yellowtail to carnitas bao up on the roof. Tanner Weston of Lost Property oversees the cocktails, which will be a primary focus for the rooftop lounge.

What’s more, the building’s entire food and beverage operation is now being overseen by the Culinary Lab group from Rosaline, Hinoki & the Bird, Lost Property, and more. Eventually the plan is to grow into a ground-floor restaurant space as well, with food from current Hinoki chef Brandon Kida. Reps for Culinary Lab say the unnamed new Kida project will have Ono as its executive sous chef, and will be a “spin-off” of Century City’s popular Hinoki & the Bird. As for that opening, look for something this summer.

Meanwhile, Sorra is currently ramping up for the summer season now, with a more expansive reveal slated for April 1. Expect current hours daily from 5 p.m. to 11 p.m. or later, with lunch and brunch to come.