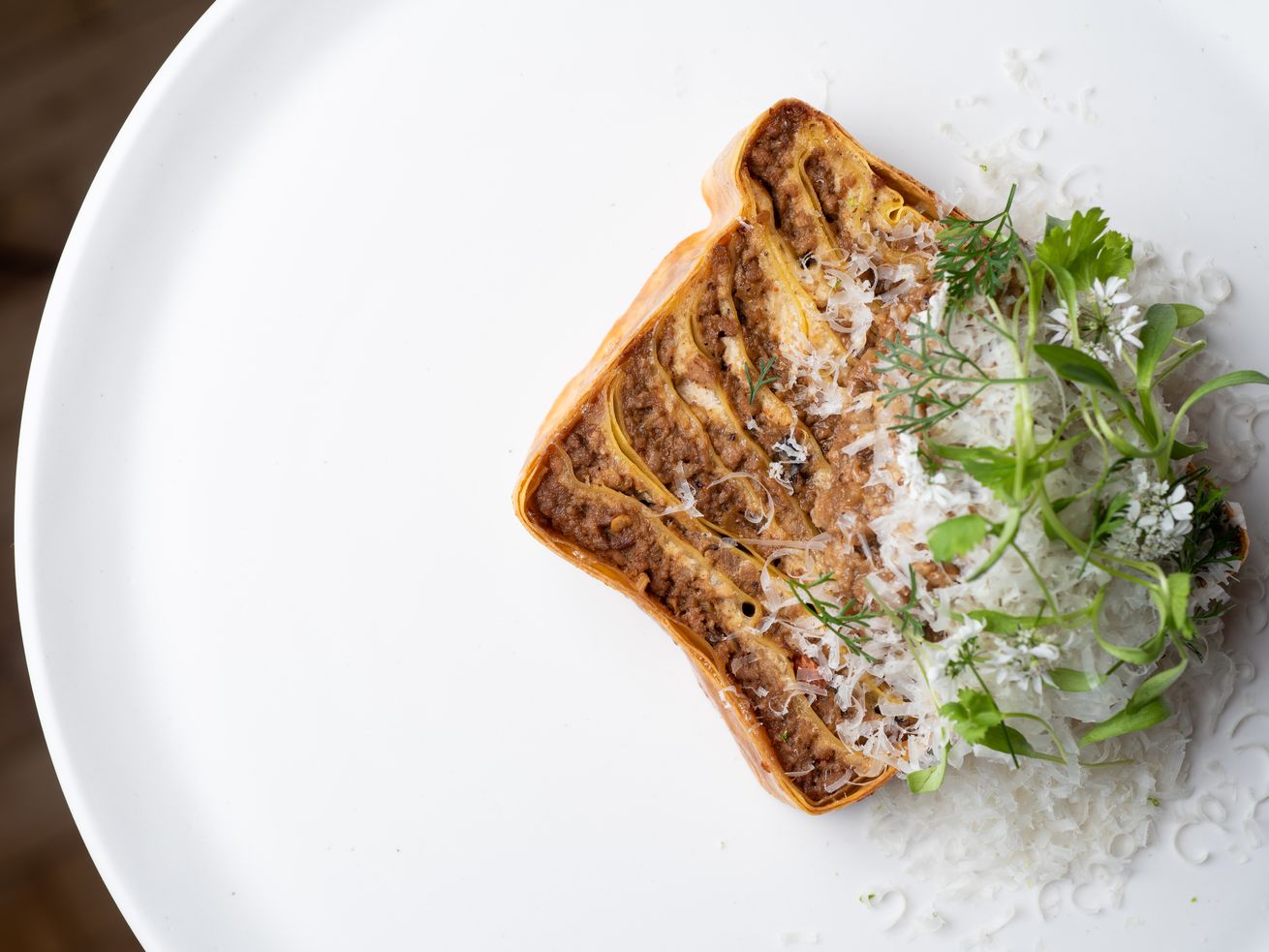 Plus the paper dishes on the new Blackship in West Hollywood

Mei Lin’s Nightshade is one of the hotter new openings to happen in Los Angeles over the past year, and apparently for good reason. The crowded Arts District restaurant doesn’t carry the same square footage as, say, Majordomo, but instead thinks big on the plate with dishes like mapo tofu lasagna. The hook is working, as The Hollywood Reporter critic Gary Baum comes away mightily impressed.

In a new dual critique out today, Baum and the Hollywood Reporter revel in Nightshade’s neo-fusion cooking, saying:

There’s a curiosity toward comfort foods of all stripes, like a compelling riff on Nashville hot chicken involving quail and Japanese milk bread. The elegantly heart-clogging prawn toast is situated in a shallow pool of Cantonese curry that rivals the long-hailed variation over at Son of a Gun.

Of course, not everything is a hit, including spacatelli that’s “overwhelmed” by nori and seaweed-dashi butter. Baum also doesn’t care for the coconut dip that comes alongside the Instagrammable bloomin’-style tom yum onion.

Meanwhile, there are similar Asian-Italian overlays to Blackship in West Hollywood, writes Baum. The menu features a few highlights, particularly “an outstanding swordfish with saffron dashi,” but overall Blackship feels less precise than what Mei Lin and her team are doing in Downtown — particularly on the service side:

Ultimately the Hollywood Reporter finds something to like from both new-era fusion experiments, adding that places like this are often “where L.A.’s most dynamic culinary work is done.”