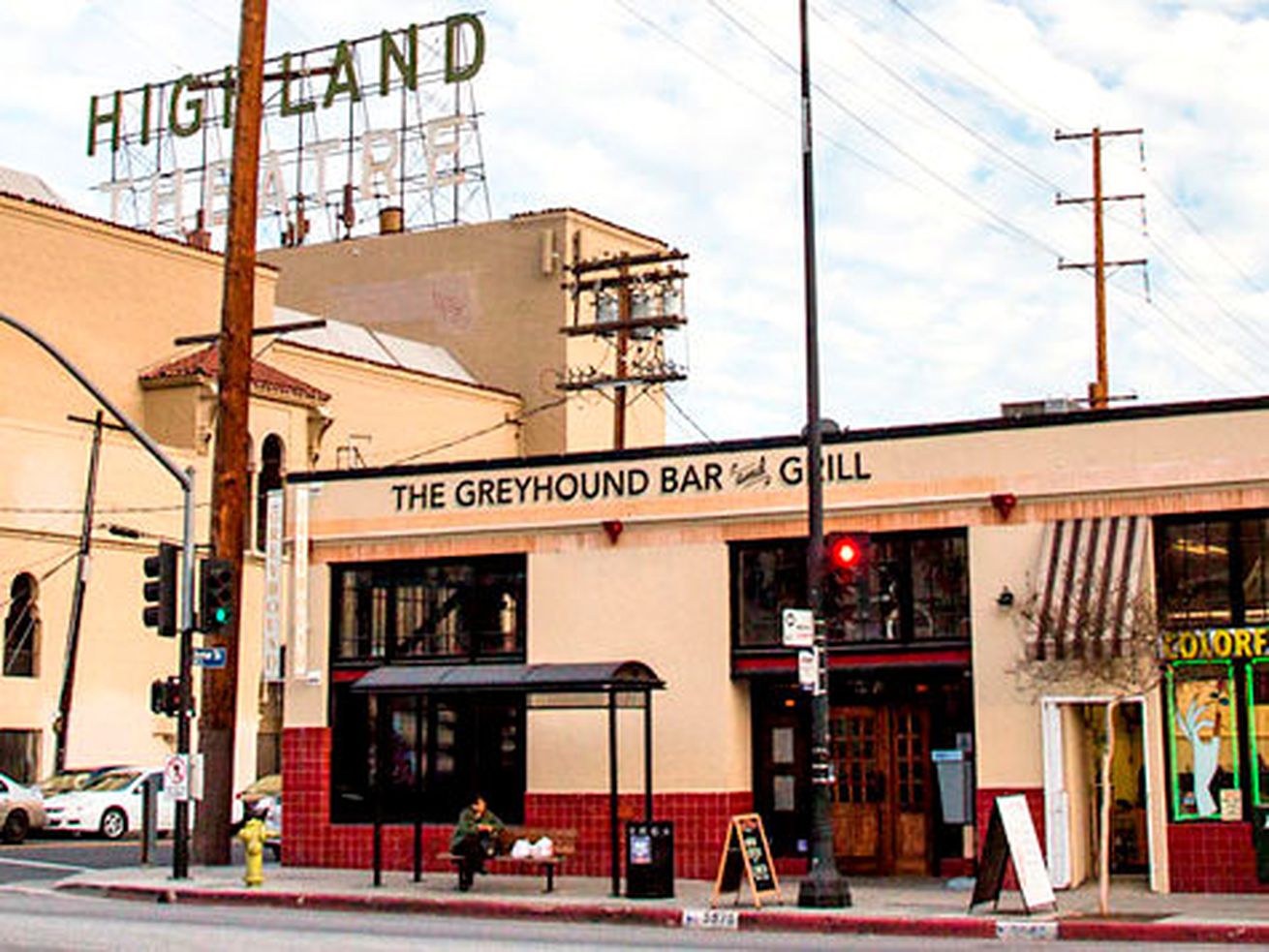 The Greyhound in Highland Park is fighting back against an anonymous tagger who managed to mark the mellow sports bar’s bathroom with a swastika. Ownership tells LA Taco that, while they believe it to be an isolated incident and not one directly related to them (two of the co-owners are Jewish), they still calling it “an attack on the entire community of Highland Park,” particularly because of how cross-culturally popular the bar has become, particularly on Dodger days.

Congrats to the team

Los Angeles hotspot n/naka is in some rarified air today, having joined several dozen other restaurants on a Food & Wine / Travel & Leisure list of, simply, the best restaurants in the world, as reviewed by none other than Besha Rodell. The kaiseki restaurant is the only Los Angeles entrant on the list.

The Sunday in Brooklyn team is back for another pop-up, this time out in Venice at the Rose. The East Coast group is preparing to open their restaurants inside the Hoxton Hotel in Downtown soon, including the lobby-level Sibling Rival, so they’ve been ramping up and getting to know the diners of LA with various pop-ups across the city.

We welcome our friends @sundayinbrooklyn to Venice for a one-day brunch collaboration on August 25, celebrating @siblingrivaldtla, their soon-to-open LA restaurant @thehoxtonhotel. Enjoy the signature Sunday Pancakes™, just one of the dishes they will be featuring. Stay tuned for more dish drops here in the next few days! [Brunch from 8am-3pm, 100% walk-in basis only!]

The Eastsider takes a nice look at the folks from Masa of Echo Park, who are celebrating their 15-year business anniversary this year. Owners Rob Rowe and Rhonda Reynolds say they simply “really, really missed Chicago deep-dish pizza” when they got the idea to open, but now the place has taken on a life (and embraced a community) all its own.

More ice cream news out of Pasadena, as it seems that Wanderlust Creamery is set to take over the former Coolhaus space next month. That puts them in close proximity to the new Salt & Straw that is also coming to Old Pasadena.

Hollywood & Highland is getting a big facelift soon, thanks to new owners who promise to invest millions in the shopping and dining tourist monolith. While nothing is formal, Urbanize LA notes that should mean an influx of new restaurant opportunities for one of the busiest corners in all of the city.

Pop Pie Company is expanding from San Diego up to Orange County, and they’re hiring up for all positions now. The popular pie and coffee spot lands right next to Sidecar Doughnuts in Costa Mesa this fall.

Hello friends! We are incredibly excited to officially announce our opening in early to mid September. As you all know, Pie-Not previously operated in this location and did a darn good job serving up Aussie style meat pies for six years. Being huge pie fans (obviously) we would make it a ritual to stop in for Aussie pies and doughnuts from @sidecardoughnuts whenever we found ourselves in the area. It’s a bit surreal to now be on the verge of operating a Pop Pie Co. at this location. We realize that closing a small business is often difficult and sad, but this was a much different situation. Ryan, the the previous owner, had other business commitments to tend to and hand picked us to negotiate a sale for us to take over. We thank Ryan for trusting us with his beloved Costa Mesa community. We feel a strong sense of responsibility to come in and not only serve up our award winning pies, but also be responsible neighbors to our community. We have set out to create a community space that offers chef-made, innovative handcrafted savory meat pies, sweet pies and outstanding coffee. Expect the same menu as our shop in University Heights in San Diego, including handmade breakfast pies, savory meat (our Aussie Meat Pie is insane), vegetarian, and vegan pies, sweet pies by the slice or whole, and a specialty coffee program featuring roasts from our buds at @heartroasters! We can’t forget the PiesCream featuring ice cream from our sister company @stellajeansicecream! We look forward to serving you! ❤️ . . . NOTE: Please follow @eatpoppie for updates on the Costa Mesa opening and to see what we’re all about. We’ll be transitioning this account over and will keep this account active until the end of September! Thank you! . . . #poppieco #inpiewecrust #eaterla #bestfoodoc #eatpieandbehappy #orangecountyregister #foodbeast #latimesfood #orangecountyfood