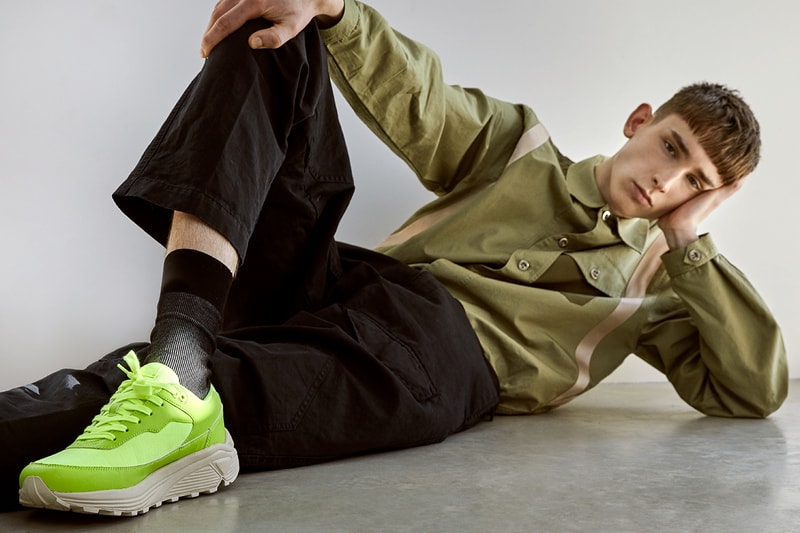 Hi-Tec HTS74 has released its performance-focused Fall/Winter 2019 collection, showcasing a host of new sneakers and its first-ever full clothing collection.

The FW19 collection references the period between the 1980s and 1990s in which Hi-Tec was at its peak, dropping a number of inspired and reworked garments alongside signature sneakers including the Silver Shadow RGS. Hi-Tec celebrates its Rolling Gait System (RGS) — which was developed in collaboration with Vibram in 2011 — in the FW19 collection, which includes trail running and hiking fusion Sphike Low.

RGS has been proven to reduce muscle fatigue and features throughout this season’s footwear drop, which is inundated with chunky designs, bold colors and reworked classics. Signature seasonal sneakers include the red/cream Silver Shadow, a bold neon green Silver Shadow and the silver Flash ADV Racer, which also features a touch of neon green on its technical mesh upper. In terms of its apparel collection, Hi-Tec HTS74 presents a collection that is, like its shoes, a mixture of sportswear and outdoor gear. Standout pieces include the Mountain Jacket, an original garment inspired by Hi-Tec’s Adventure Racing series with a water-repellent outer, as well as the heavyweight Hugo Track tracksuit which draws inspiration from Hi-Tec’s 1990’s sportswear line. The Hi-Tec HTS74 FW19 collection is available now on hts74.com and select retailers.

In other news, Balenciaga has released a new construction-themed iteration of its chunky Track.2 sneaker.