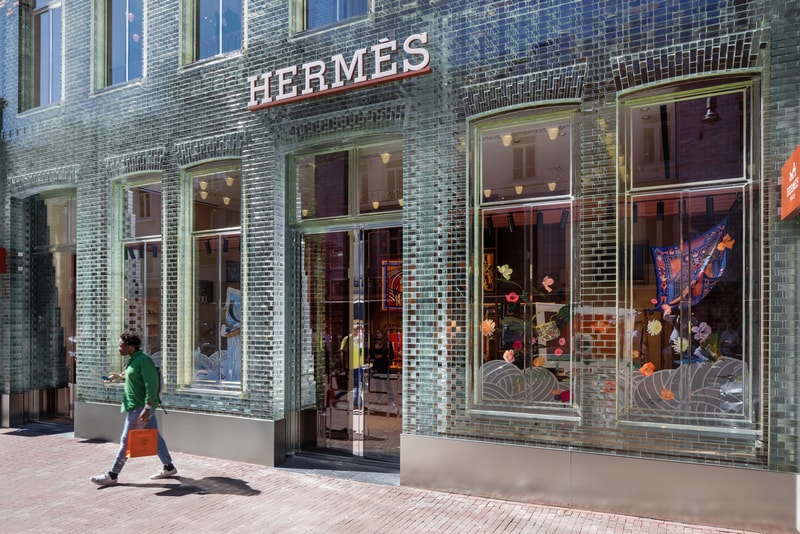 In 2016, MVRDV designed "Crystal Houses," a striking glass brick facade along one of the canal houses on PC Hooftstraat for Chanel‘s Amsterdam flagship store. Now, the location has re-opened its doors to welcome Hermès as its newest tenant.

The unique form of the exterior blends into the building’s original terracotta bricks, creating a distinct look without compromising the house’s historical characteristics. When the project was first revealed, space constraints on the first floor occluded some of the facade’s features. Interior designers Bureau de Binnenstad removed one of the walls and opened the floor to the outside, allowing the public to view the gradual transition from the glass bricks to the terracotta bricks in detail.

Originally a residential street, PC Hooftstraat has transformed into a high-end shopping destination in Amsterdam. With Crystal Houses, MVRDV provides a modern upgrade to retail environments, without the homogenization of storefronts seen across the globe, encouraging new designs that respect the architectural character and individuality of a local area.