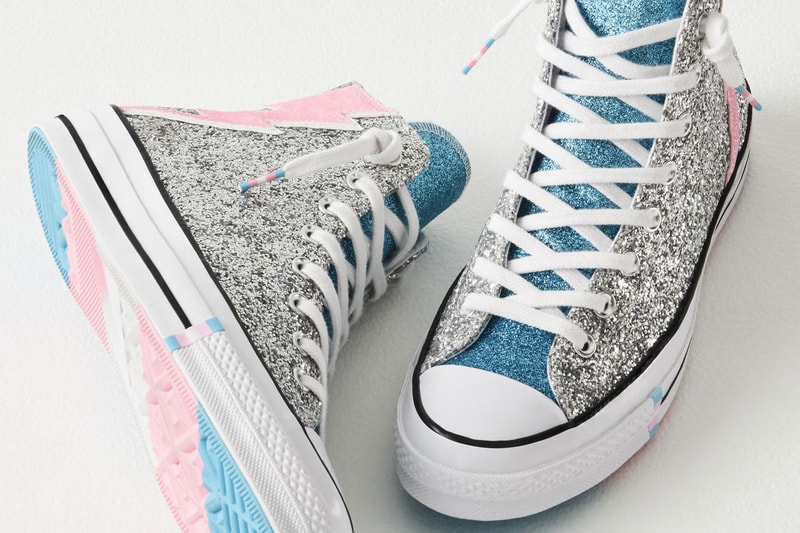 Converse has officially unveiled its Pride 2019 footwear collection. The Chuck Taylor and Chuck 70 serve as the canvas for the LGBTQ-themed range. The Chuck 70 Hi becomes the first Converse sneaker to be covered in the trans flag featuring silver, pink, blue and white glitter throughout its upper. The LGBTQ rainbow flag also makes an appearance on the Chuck 70 Ox which is also covered in the sparkly material. A lightening bolt graphic is also added to the shoes as a final detail. In honor of Pride’s 50th anniversary, a range of ’70s-inspired apparel and accessories will also be available.

Converse’s Pride 2019 collection is available now in North America on converse.com and at select retailers. Take a first look above.