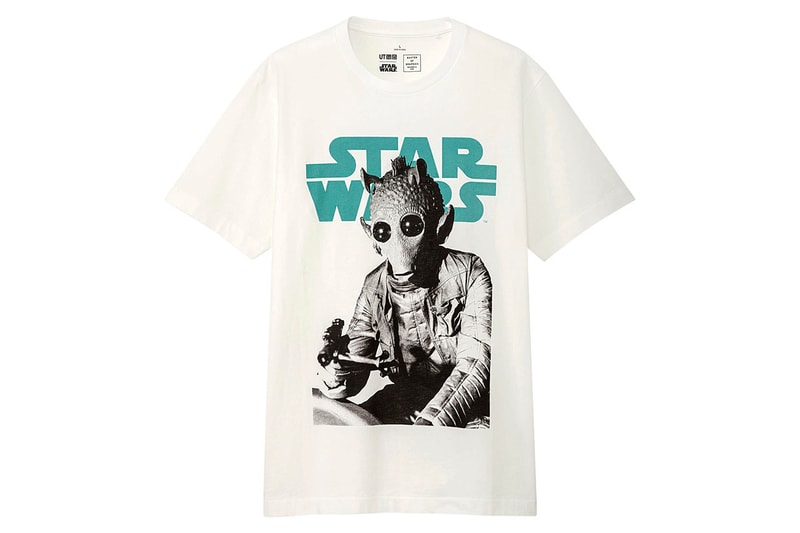 After the project was teased recently, UNIQLO UT has now officially unveiled its full Star Wars collaboration. The capsule is the first instalment of UNIQLO’s new Master of Graphics project, and is designed by NIGO, UNDERCOVER’s Jun Takahashi and Tetsu Nishiyama of WTAPS. Each of the legendary Japanese designer’s has reinterpreted and reworked images from the Star Wars franchise.

For his capsule, Takahashi has worked with some of the most iconic Star Wars characters, ranging from R2-D2 and C-3PO to the furry Ewoks. Speaking abut the collection, Takahashi explained “the characters and prop designs are endlessly novel and fascinating. As a long-term fan, I was delighted and honored to take part in this project. I used a cartoonishly series I really loved as a design motif.”

One of the stand-out features of NIGO’s capsule is the bounty-hunter Greedo, chosen by the designer as his favorite character. As well as Greedo, Yoda also features prominently throughout the NIGO-designed pieces, with quotes from the two characters a motif across the T-shirts.

Graphics in the collection from Tetsu Nishiyama include a Mandalorian recruitment poster, a take on Boba Fett and the Dewback, a reptile creature that only appeared in some movies.

The full Star Wars x UNIQLO UT collection is set to release on April 29 via a special web page.

In other fashion news, take a look at the Coca-Cola x atmos LAB SS19 collection.