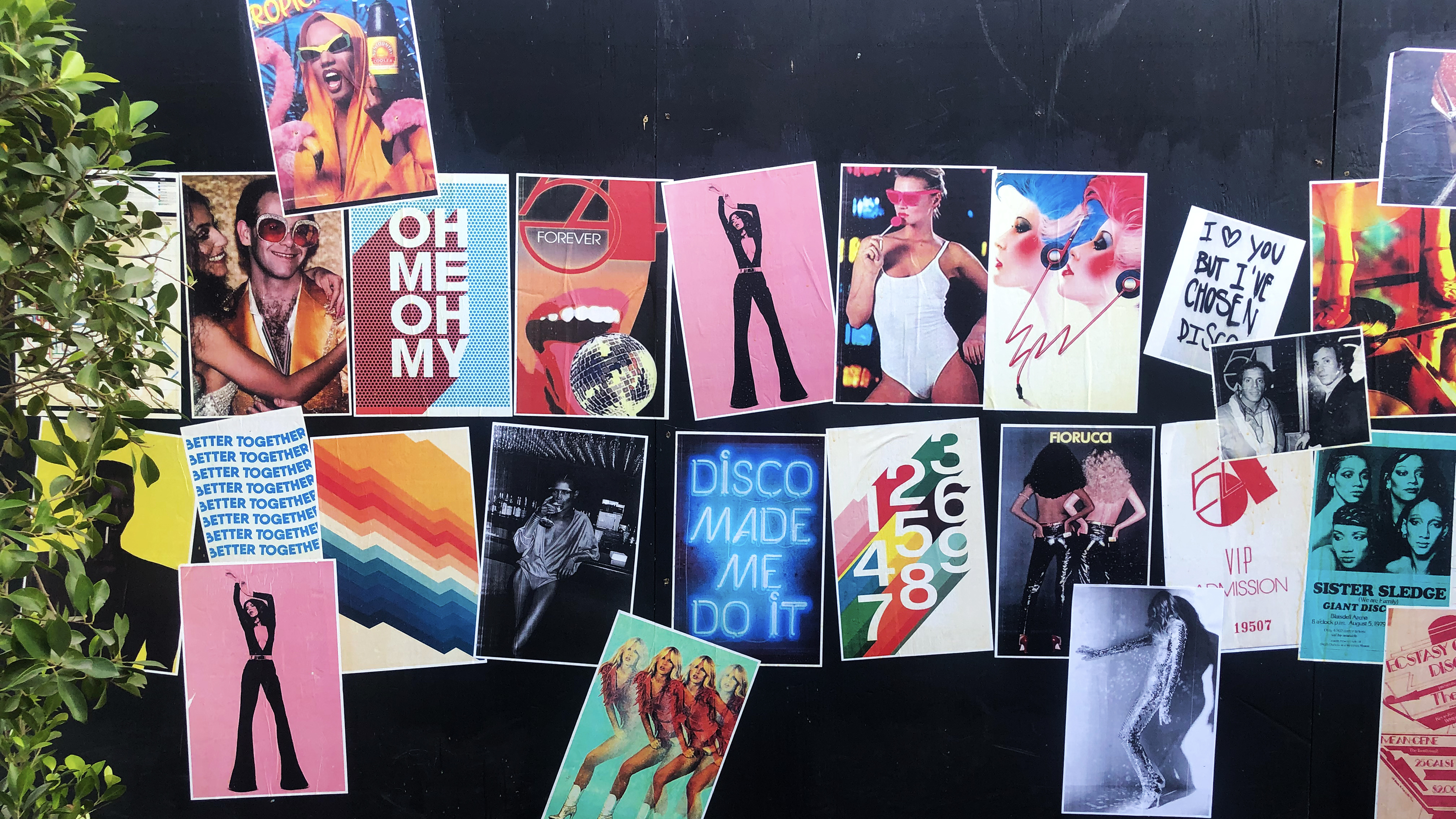 Sure, this year’s headliners skew pop, indie and R&B, but disco is anything but dead at Coachella. For proof, just look to Hush Hush, the hidden bar from the team behind New York’s award-heaped Attaboy. With rotating mirror balls throwing light over a DJ booth and the neon dance floor, Hush Hush is keeping the glittery, glam dance dream alive, starting today.

We can’t give away the exact location, but we can tell you that you’ll need to do the hustle on over toward the Indio Central Market, Coachella’s take on a food hall in the general admission area of the fest. To get to this rainbow-floored, dancey funkytown, you’re going to need to do some searching in or around there, and that’s all we can tell you. (Are we cryptic or what?)

Once inside you’ll be greeted with a wall of disco-era posters, artwork and photos (hello, the iconic Grace Jones riding a horse into Studio 54), not to mention walls of gold glitter. At the bar, expect a handful of takes on playful ’70s-era classics and other throwbacks such as the Blue Hawaiian, made with two rums, coconut, fresh pineapple, lime and blue curaçao; a Sex on the Beach with vodka, apricot and cranberry liqueurs, and fresh orange and lime; and the Mezcal Sunrise, which adds mezcal to the recipe’s traditional tequila, and mixes both liquors with lime, blood orange and grenadine.

All cocktails run $16 apiece, and you can stop by every day of Coachella to find them, starting at 2pm (and if you pop in around 9pm each night, you can partake in a 1979-themed New Year’s Eve celebration). Take a peek inside Hush Hush, below, and don’t forget: Tell everyone.