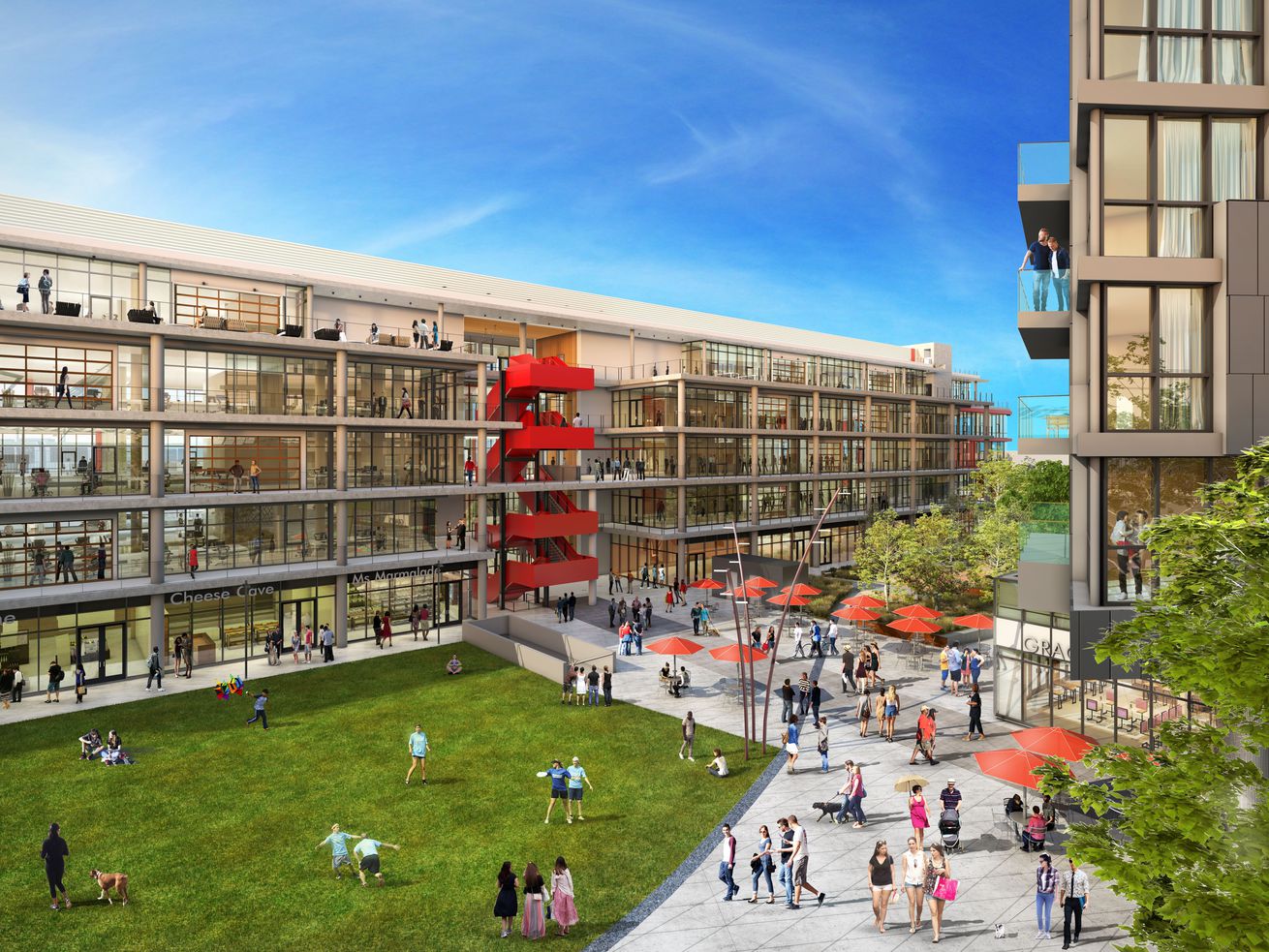 The campus is slated to open next year

It’s official: HBO is joining Apple and Amazon in setting up shop in Culver City, which is reemerging as a major entertainment industry hub more than a century after Thomas Ince built the city’s first film studio.

HBO will occupy all 240,000 square feet of office space at the 5.2-acre megaproject, using the building as its new corporate headquarters. The network had been tied to a nearby four-story development, but backed out of a lease agreement. Apple quickly swooped in and claimed the space for its entertainment division.

Rising from the site of a former park-and-ride lot next to the Culver City light rail stop, Ivy Station will also include 200 apartments, 50,000 square feet of restaurant and retail space, and a 148-room hotel. Construction on the project is set to wrap up next year, with HBO arriving in 2021.

Just a few blocks away, Amazon is moving into—and expanding—the historic Culver Studios campus. The company’s film and television division will also take up space in the new Culver Steps development across the street.

These influential tech and media companies join Sony Pictures, housed down the street for the last three decades on the former MGM backlot.