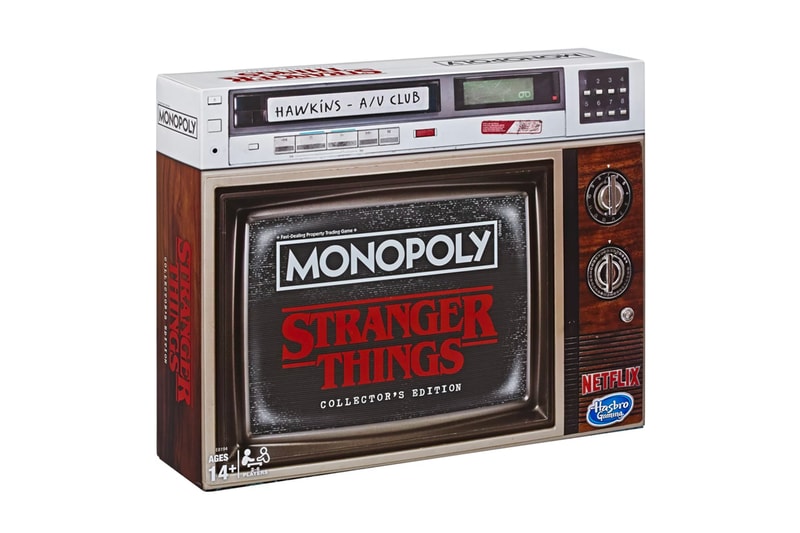 If you’re a fan of Stranger Things, chances are you’re also — like the main characters of the show — fond of board games, and now Hasbro has brought them both together. Monopoly is no stranger to collaborations, boasting special editions from Pokémon to Star Wars and Game of Thrones to Avengers. Now, the classic family board game has worked with Stranger Things to release a special Collector’s Edition, featuring an array of new features and totems.

The board itself has been redesigned, featuring graphics of the protagonists in the center of the board along with different locations and terrifying creatures on its perimeter. Usual player pieces have been replaced with various iconic items from the show, such as cassette tapes, sheriff Hopper’s hat, and a walkie talkie. As the game plays a little differently, the house and hotel pieces have also been swapped out with forts and glow-in-the-dark hideouts, while the usual cards have been consolidated into Upside Down cards, which can potentially reverse your lead and literally turn your game upside down.

For the Stranger Things fans out there, you can get your hands of the Monopoly Stranger Things Collector’s Edition over at Hasbro for $50 USD. Pre-orders are currently available.