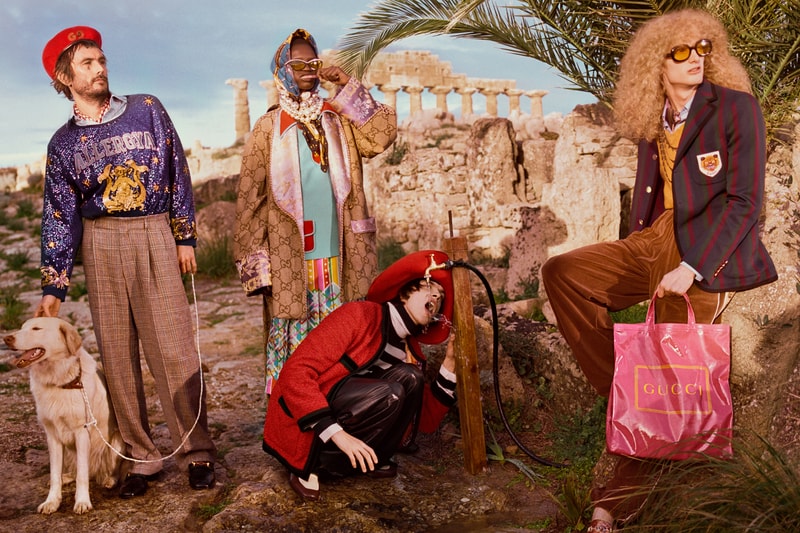 Gucci‘s Pre-Fall 2019 campaign has officially landed. Shot by Glen Luchford on location at the historic ruins of the temples of the Selinunte Archaeological Park in Sicily, the campaign pays homage to the spirit of 7th century BC. Inspired by after-banquet gatherings of the past, creative director Alessandro Michele presents a mythical, well-dressed troupe of friends and lovers.

Michele’s modernized version of a symposium also features nods to counter-cultural groups such as punks, rollerbladers, bodybuilders and surfers. In the past, after-banquet celebrations were home to discussions of issues of the time, poem readings and sporting events. In this present-day reimagination, each individual is pictured wearing whimsical, vibrant separates including logo-heavy handbags, shoes and outerwear. Emphasis is placed on the jewelry which appears as gaudy pearl necklaces and vintage-inspired earrings.

Take a look at Gucci’s Pre-Fall 2019 campaign in the gallery above. While you’re here, take a closer look at the fashion house’s FW19 collection.