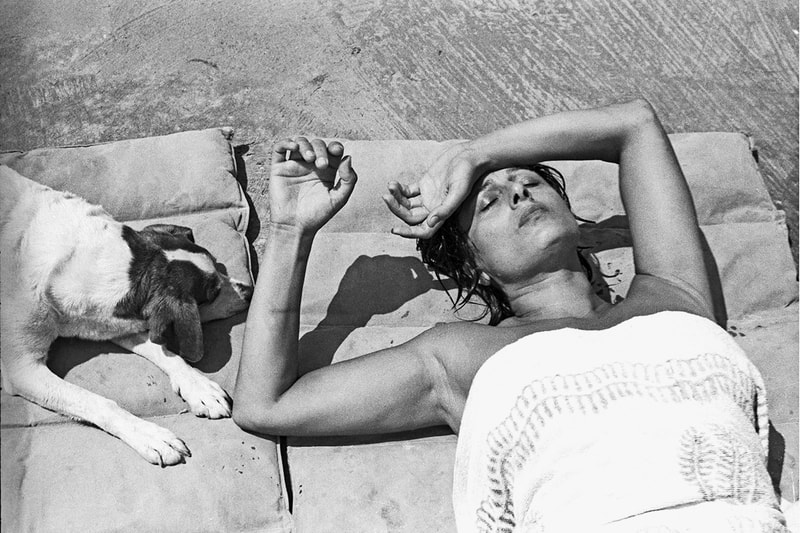 In a retrospective featuring 250 images and over 250,000 negatives, contact sheets, prints and slides captured by Di Paolo — a photographer for the intellectual magazine Il Mondo — the MAXXI exhibition will feature images that are mostly never before seen and too inappropriate for publication. Paolo’s daughter Silvia found the archival images in a cellar around 20 years ago, and today his work features in an immersive experience which reconstructs the newsroom at Il Mondo, with desks, lamps and images of Mario Pannunzio at work with his copyeditors.

Divided into sections such as "Society/Rome", "Society/World" and "Film," Paolo’s images capture Italy post-World War II in a series of photographs that explore the country’s divide. The exhibition sees a society where its agricultural community coexisted with the Ferrari workshops, but also captures members of the high society visiting Rome, such as Irene Brin of Harper’s Bazaar.

Exhibition curator Giovanna Calvenzi said of the showcase, “Di Paolo found an independent, different, cultured path. He has the capacity of entering the world of art, literature and film with a light, and at times humorous, touch."

To see the collection of photographs on display, head to the Spazio Extra MAXXI from April 17 to June 30, 2019.

For more candid photography, take a look at the winning images from the World Press Photo 2019 awards.