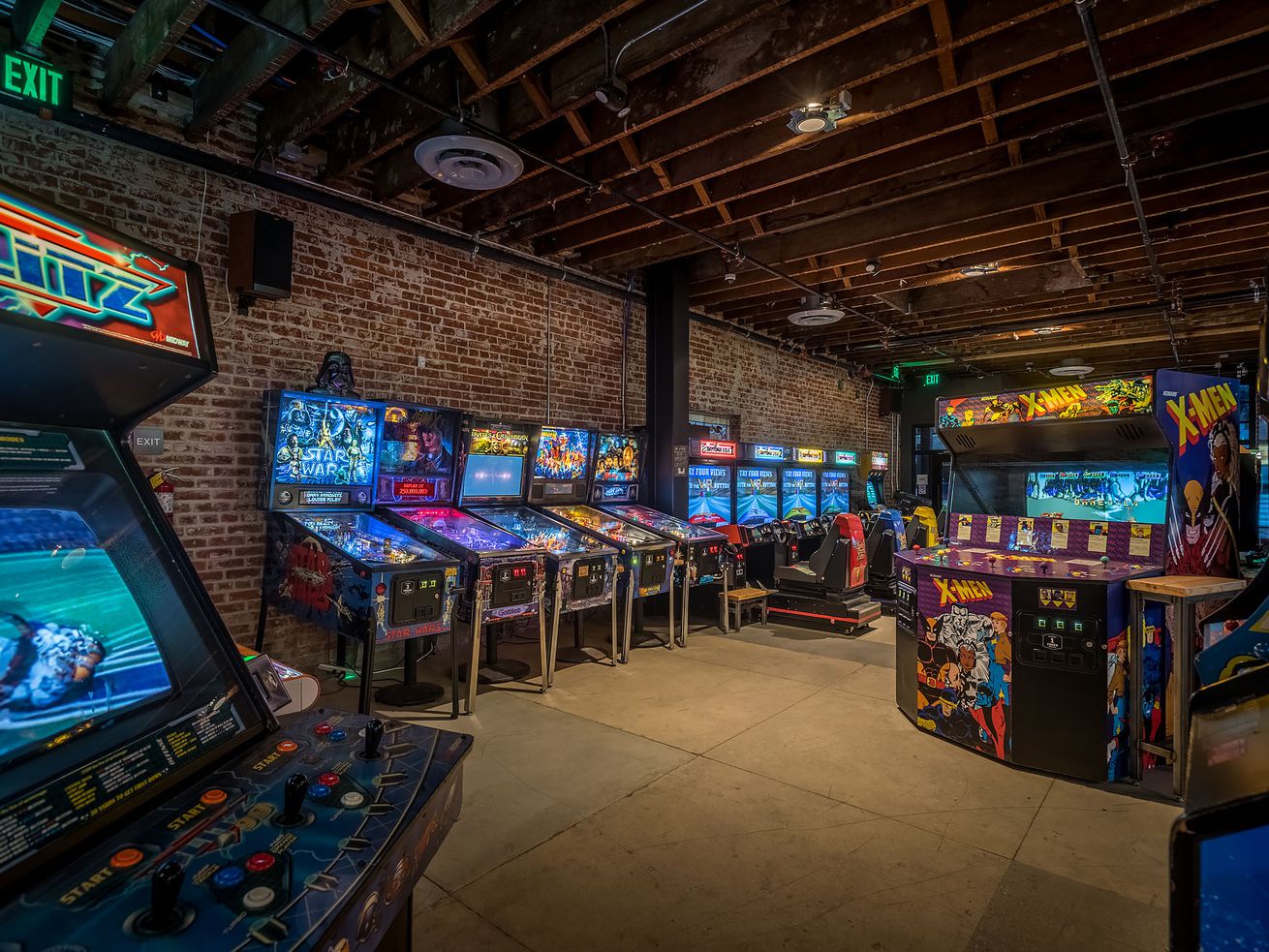 LA’s first official Barcade lands in Highland Park on May 6, though real gamers can get ready now by taking a look around inside the boozy adult playground off York.

As the name suggests, Barcade is one of the originators of the “arcade games, food, and booze” genre now so popular across America, including at places like Button Mash in Echo Park. The sprawling standalone building now features a big, glassy front for catching all the action inside, as well as some 70 different pinball and cabinet arcade games, most of them skewing decidedly retro. Because of the company’s size and expansion plans (they’re heading into Detroit soon), they’re able to buy games in bulk and rotate in new stuff frequently, so expect game changes as time goes on.

On the food front, the menu is mostly a mix of savory, snacky staples like burgers, pizza bagels, wings, and some meatless options. There will also, of course, be craft beer, wine, and cocktails inside the 21-and-up facility, which spreads across some 6,000 square feet (it’s the largest Barcade in America). There are two bar areas, including one in the back that can be cordoned off for private events, though it’s worth noting that Barcade will not be a kid-friendly property, except for one-off family event days. The first one scheduled for Highland Park is happening this month.

The Brooklyn-based Barcade has been promising to open up inside the closed El Arco Iris space since 2017, and now it’s here. The opening menu is below, and gamers and drinkers can expect daily hours from noon to 2 a.m. starting next week.