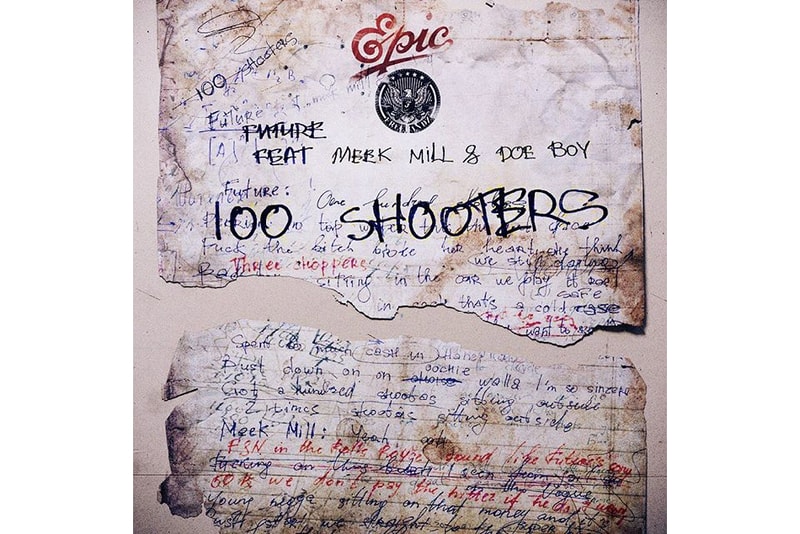 In commemoration of their upcoming U.S. tour, syrupy flow-overlord Future has teamed alongside Meek Mill and Doe Boy for a new hard-hitting single entitled “100 Shooters.”

The new Tay Keith-produced hitter was teased by Doe Boy via his instagram late Thursday night, telling his followers that he would leak the track if he received enough comments. The track arrives a little over a month after Future dropped his seven-track EP, Save Me, which enlisted the creative direction of Enfants Riches Déprimés’ designer Henry Alexander Levy.