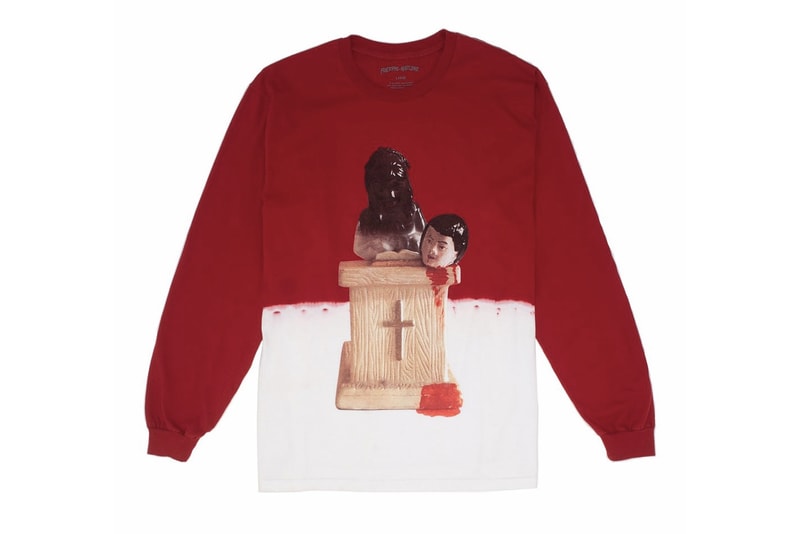 Fucking Awesome recently opened the doors to its first flagship location on Los Angeles’ Hollywood Boulevard and, to celebrate, the brand has dropped a celebratory capsule collection.

Much likes its new store, the FA Hollywood Boulevard capsule collection features various evocative graphics which are synonymous with its unapologetic approach. This time around, the Jason Dill-headed skate label drops a selection of graphic-heavy long and short sleeve T-shirts, sweatshirts and hoodies, each adorned with religious imagery, ancient Roman figures and even a selection of T-shirts depicting FA pro-skater Aidan Mackey.

Highlights from the collection include the aforementioned painted Aidan Mackey T-shirt, as well as the prey bleach-dipped red and white long sleeve, which displays a bloodied priest’s pulpit which is topped with a decapitated head. Other FA offerings include a Cubist interpretation of a Roman figure on a selection of hoodies, as well as a mural referencing traditional Hindu art that reworks various religious and cultural figures with FA skateboarder Kevin Bradley‘s face.

Take a look at the entire collection above, which can be purchased in FA’s Hollywood Boulevard store and online.

Now available at our Hollywood store and online.