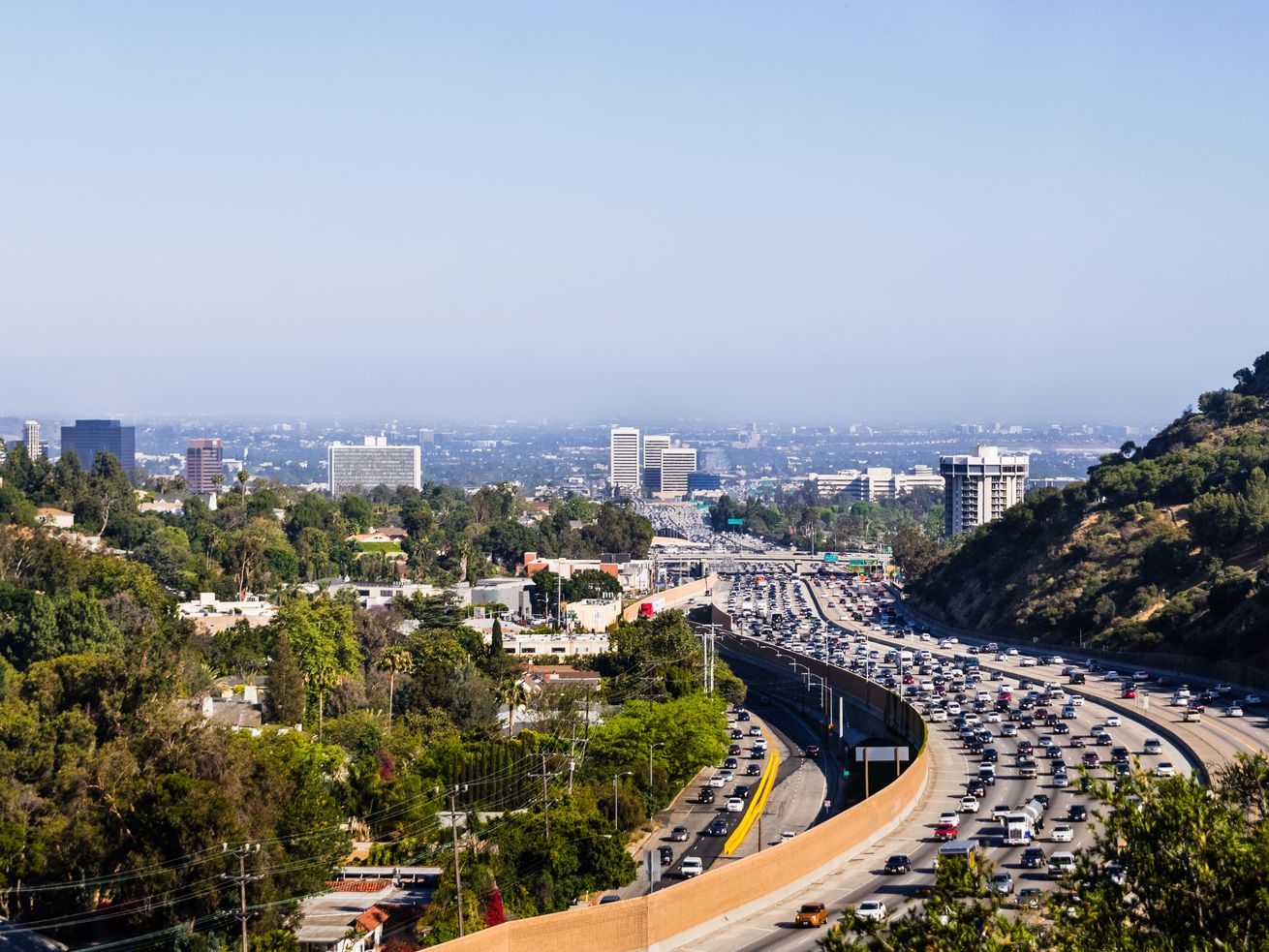 Five years ago this month, a northbound carpool lane opened on the 405 freeway, between the 10 and 101 freeways, widening 10 miles of the interstate. It took half a decade to construct and cost more than $1 billion.

Since then, average northbound drive times through the Sepulveda Pass have increased at all hours of the day, according to data from traffic analyst Inrix.

With more drivers on the road, it’s not surprising that delays have increased along the 405 since the carpool lane opened, but the numbers from Inrix highlight the potential for widening projects like the Sepulveda Pass project to deliver diminishing returns.

Results of the project were mixed from the start.

Immediately after it opened, a report commissioned by Metro found that, while the number of hours per day when peak traffic conditions existed had declined, rush hour commute times on the freeway were up compared to 2009—prior to the start of construction.

The number of drivers in Southern California has likely risen since then, based on car-ownership and driver’s license data—and the amount of time drivers spend on the road has grown as well.

On the 405, trips aren’t just getting longer during morning and afternoon rushes.

For four years, from 2015 to 2019, Inrix measured the length of commutes along the widened stretch of the 405 during a four-week period between January and February. In that time, average commutes in both the north and southbound directions worsened or stayed the same during all hours of the day. Average vehicle speeds also dropped or stayed the same during both peak- and non-peak-hour periods.

A 2015 policy brief from the National Center for Sustainable Transportation notes that expanding freeways is likely to result in a long-term increase in both greenhouse gas emissions and the number of miles driven in a given area.

Pointing to studies by researchers in the U.S., Canada, and Europe, the policy brief states that a 10 percent expansion in freeway capacity typically leads to a corresponding increase in miles driven by up to 10 percent in the long-run. In other words, making space for more drivers encourages drivers to drive more.

The 405 carpool lane increased capacity in the northbound direction by 15 percent.

Metro argued in 2015 that the widening project had cut down overall hours of delay by 37 percent, compared to how long drivers would have spent in traffic if the project had never been constructed.

Still, the agency is pursuing more strategies for cutting down on gridlock through the notoriously congested Sepulveda Pass. Those include toll lanes between the 101 and the 10 freeways, along with a proposed rail route that could ferry riders between the Westside and the San Fernando Valley in under 30 minutes.

The latter project could take a while to arrive. Under a construction schedule attached to the agency’s Measure M sales tax initiative, it’s scheduled to open in 2033. That timeline could be accelerated; it’s one of 28 projects the agency’s Board of Directors aims to complete by the 2028 Olympics.